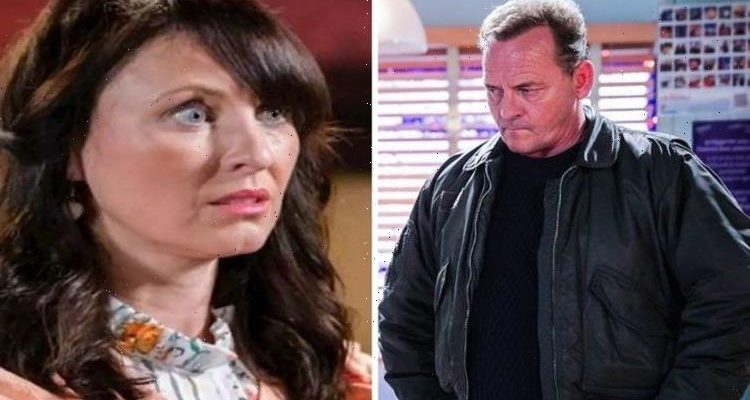 EastEnders: Maisie Smith on her exit and possible return

Billy (played by Perry Fenwick) joined Janine (Charlie Brooks) in her criminal schemes within Jay’s (Jamie Borthwick) car business recently, and the two have been selling stolen motors behind his back. Desperate for money, Jay shockingly asked to be in on their money-making venture when he found out about it last week. It seems things have backfired tough, and EastEnders villain Janine wants to pin the blame entirely on Jay. He is looking at a prison stint if the plan works out – could Honey, feeling betrayed by Jay, rekindle a romance with Billy in a dramatic Christmas storyline on the BBC soap?

Billy was disgusted when Honey and Jay, who was like a son to him, first got together.

He has since begrudgingly accepted Jay as part of Honey and their children’s lives though.

Given the opportunity to win Honey back though, Billy definitely wouldn’t hesitate.

Friday’s episode of the soap saw Liam Butcher (Alfie Deegan), who is also in on the stolen cars plot, become concerned once Keegan Baker (Zack Morris) confronted him about it.

In an attempt to shift the blame away from themselves, Janine had a cruel idea.

Liam sheepishly told Janine and Billy that Keegan knew what they were up to, and when the police began sniffing around, the trio knew they had to devise a plan of action.

Evil Janine proposed blaming Jay and thought of everything in order to make him look guilty.

Billy initially refused, not wanting to hurt Honey and his children, but Janine threatened him.

As she voiced the idea, it was Billy who needed the most convincing.

“Not quite,” Janine replied. “It would be unfortunate for Jay if they were to find a necklace from one of the missing motors among his things,” she added, planting the item in his drawer.

“That would be sad,” she continued. “Right Billy?”

“He’ll go down for that,” replied Billy, astonished by Janine’s plan.

He added: “No, sorry Janine. I can’t do that to Honey and the kids.”

“It’s him or you Billy,” Janine threatened. “If he’s not inside, then you will be.”

Terrified by the idea of going to prison, Janine’s threats probably worked.

It seems Billy is likely to go along with the idea after being blackmailed, but when exactly will the drama kick off?

The soap’s biggest scandals often take place at Christmas, so it’s possible Jay may find himself behind bars as the big day approaches, leaving a devastated Honey alone and struggling financially.

If she believes Jay was behind the crime, she will likely refuse to speak to him or hear what he has to say.

Not wanting his family to be alone at Christmas, and with Jay’s absence providing an opportunity, Billy may swoop in to try to help Honey.

As they spend Christmas together with their two children, Honey may start to regret that the family was torn apart in the first place.

In her emotional state, could she and Billy decide to get back together?

It would be only a matter of time before the truth about Jay’s arrest is revealed, so their relationship would be a ticking timebomb, keeping viewers on edge as Billy believes he finally has what he wanted.

Will Jay be able to prove his innocence despite Janine thinking of every detail?

And with Honey and Bily potentially getting back together, how will the business owner ever convince Honey of the truth?

As Christmas approaches, it seems the family are about to be swept into yet another drama.

EastEnders continues on Monday at 8pm on BBC One.