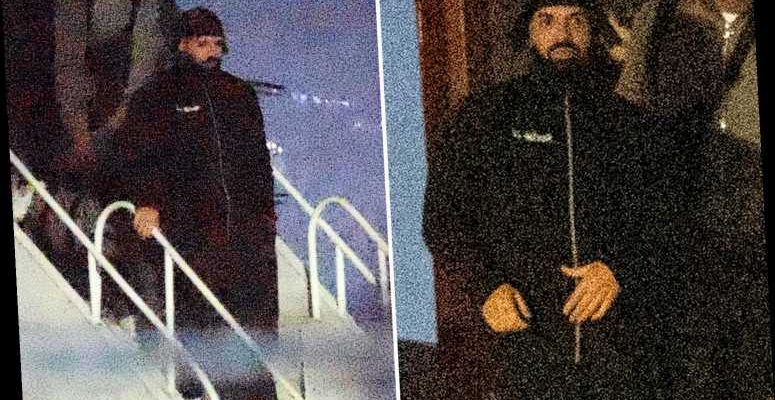 DRAKE has been spotted touching down in LAX after a narrow escape with a knife-wielding woman in a terrifying attempted break in.

The 34-year-old rapper looked calm as he hopped off his private jet on Thursday night alongside an entourage of friends and security. 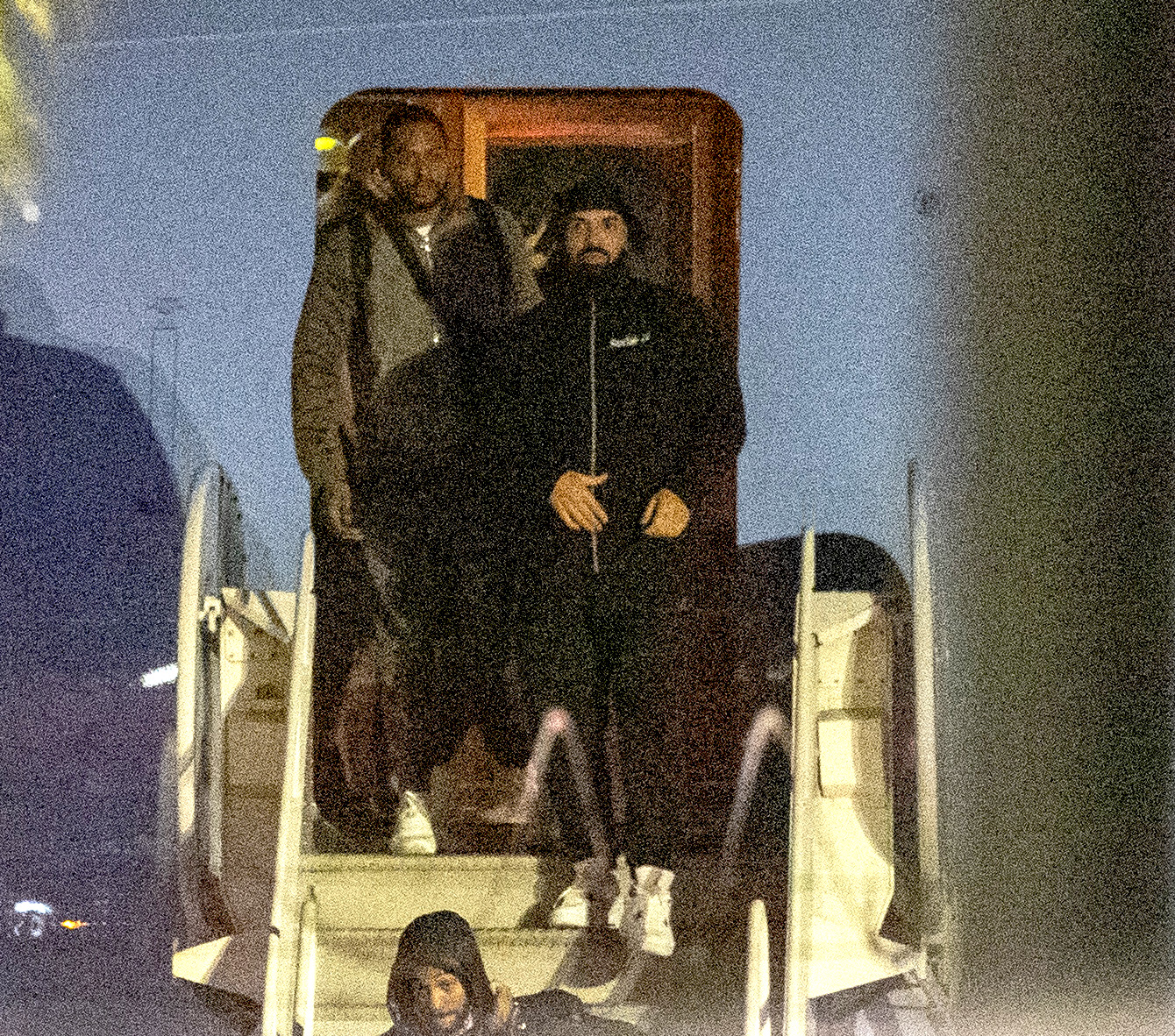 Drake was escorted by a host of security guards as he stepped off his personalized Boeing 747 jet, which is decorated with the words "AIR DRAKE'.

The rapper kept it casual in a black tracksuit and white sneakers as he was seen in Los Angeles, the first time since the horrifying incident.

Drake's Toronto mansion was stormed by a knife-wielding woman who allegedly “struck a security guard with a pipe" earlier this week.

Law enforcement confirmed to The Sun that an adult female who was carrying around a large blade was arrested outside of the rapper’s house after attempting to gain entry. 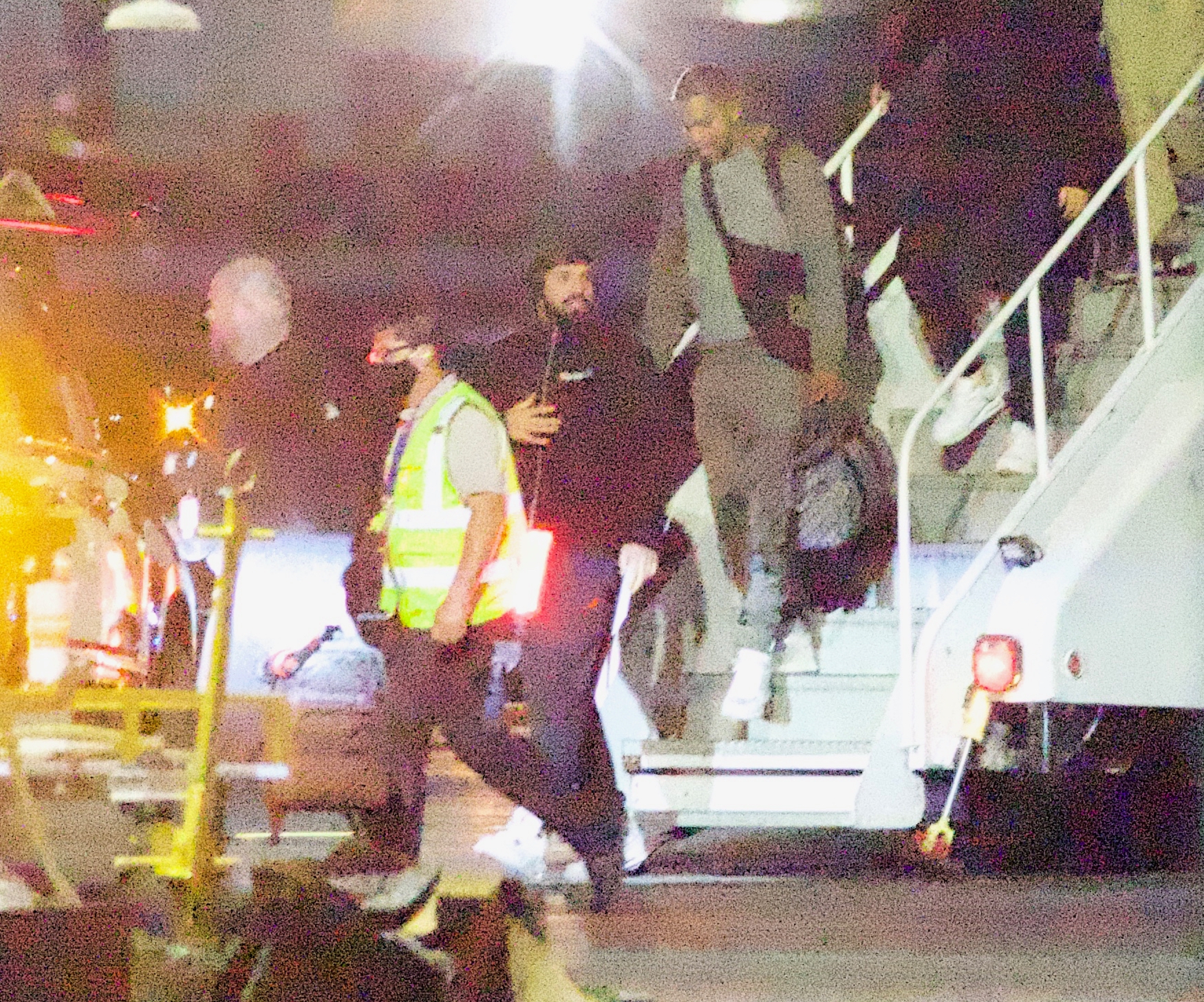 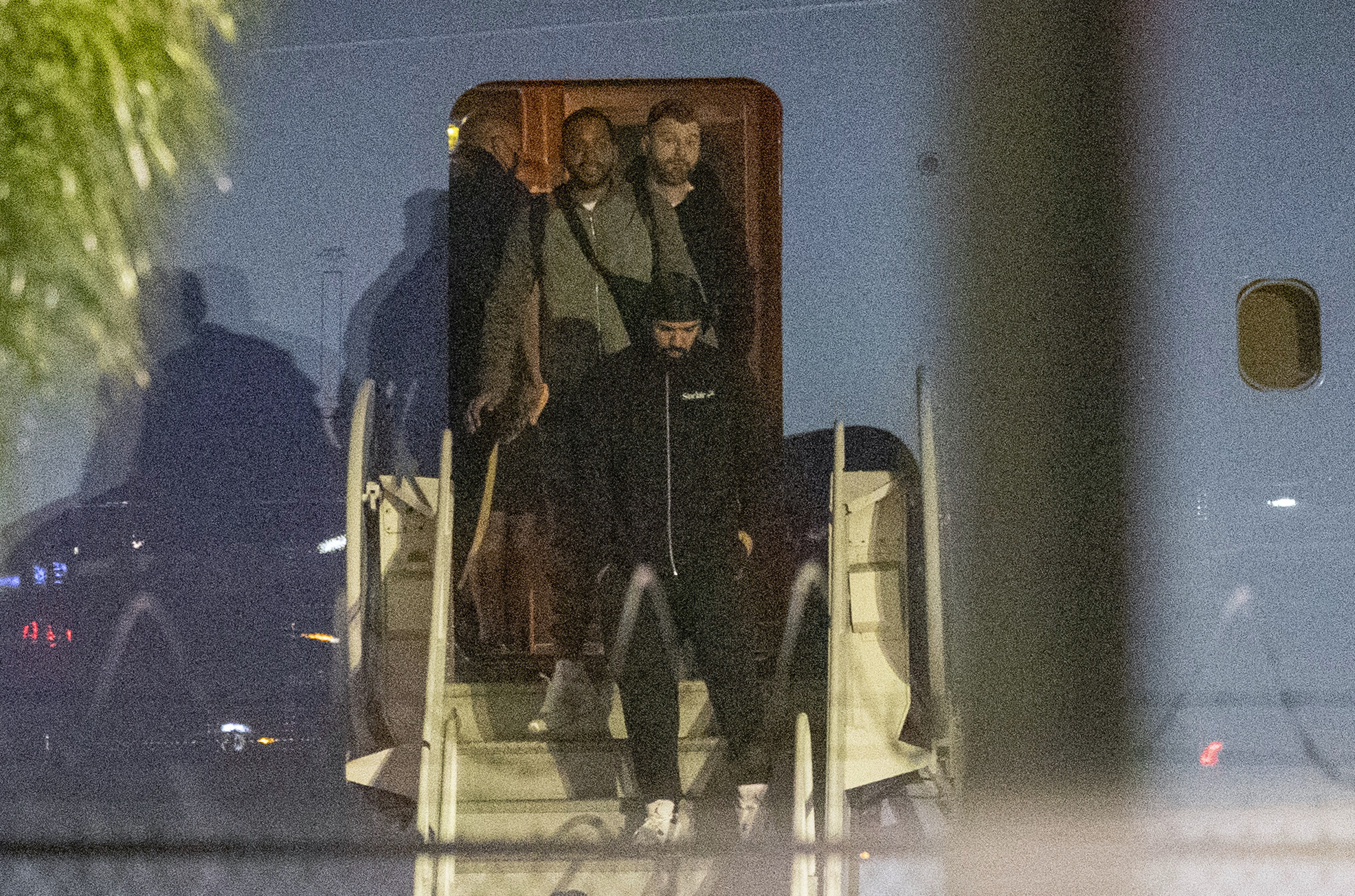 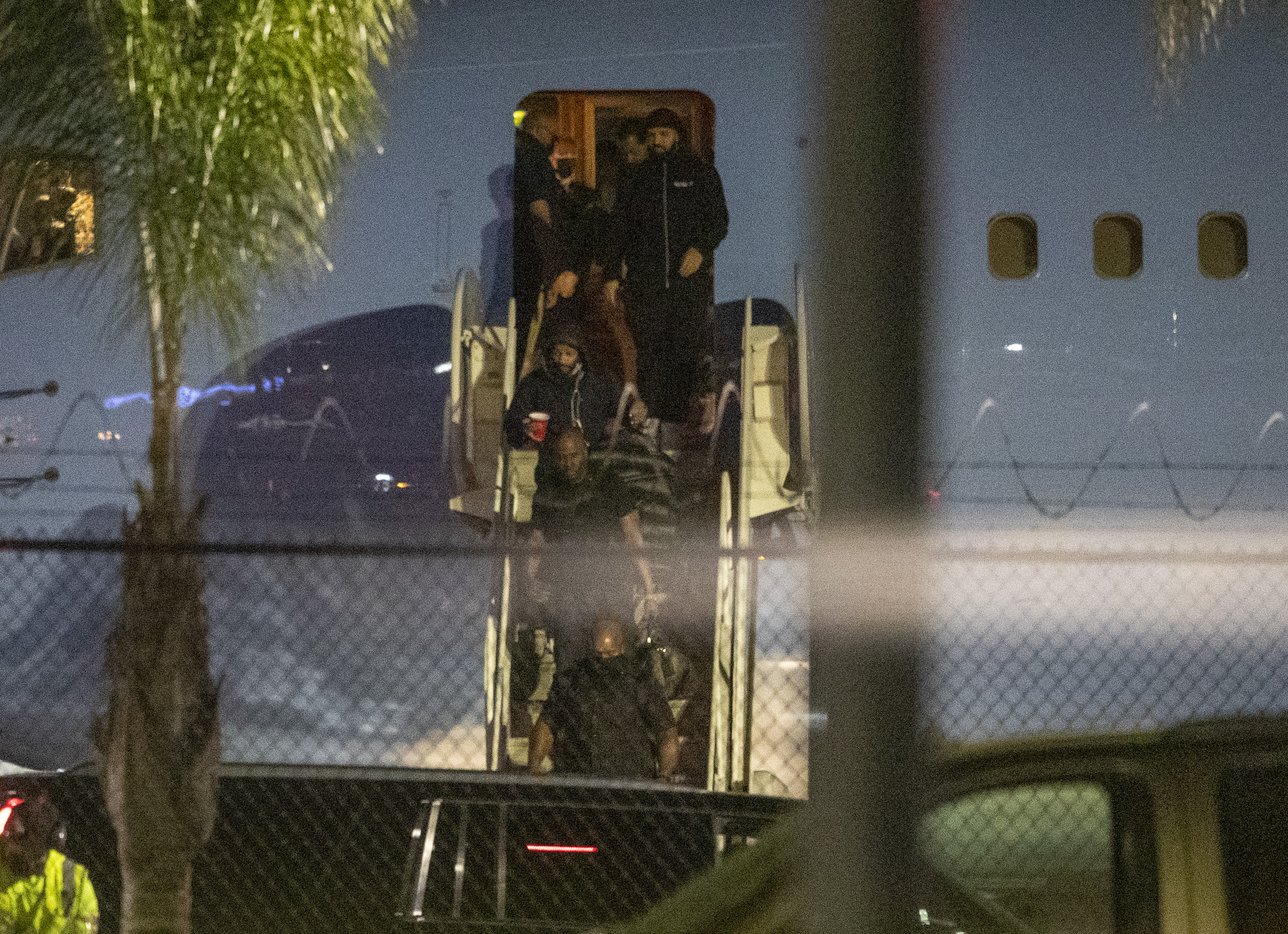 Toronto police department told The Sun: "A female adult that was carrying a knife has been arrested.

“She did not gain any kind of entry into the property and there were no injuries.

“It is not clear what she was doing at the residence but she had no communication whatsoever with the homeowner.”

The officer added that all police presence have already left the scene.

Though officials confirmed there were no injuries reported, sources told the Toronto Sun that a metal pipe was used to strike a security guard on the property. 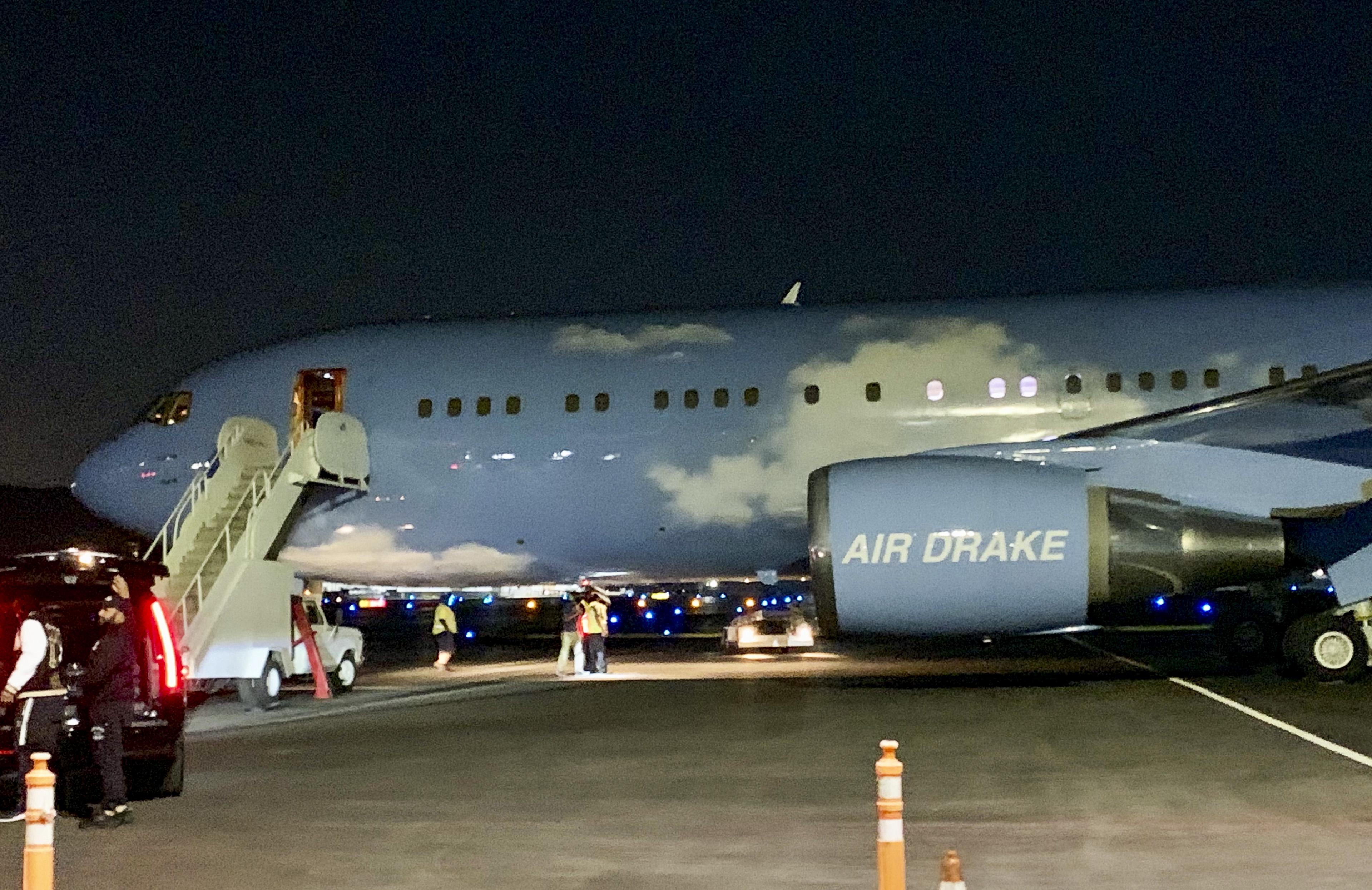 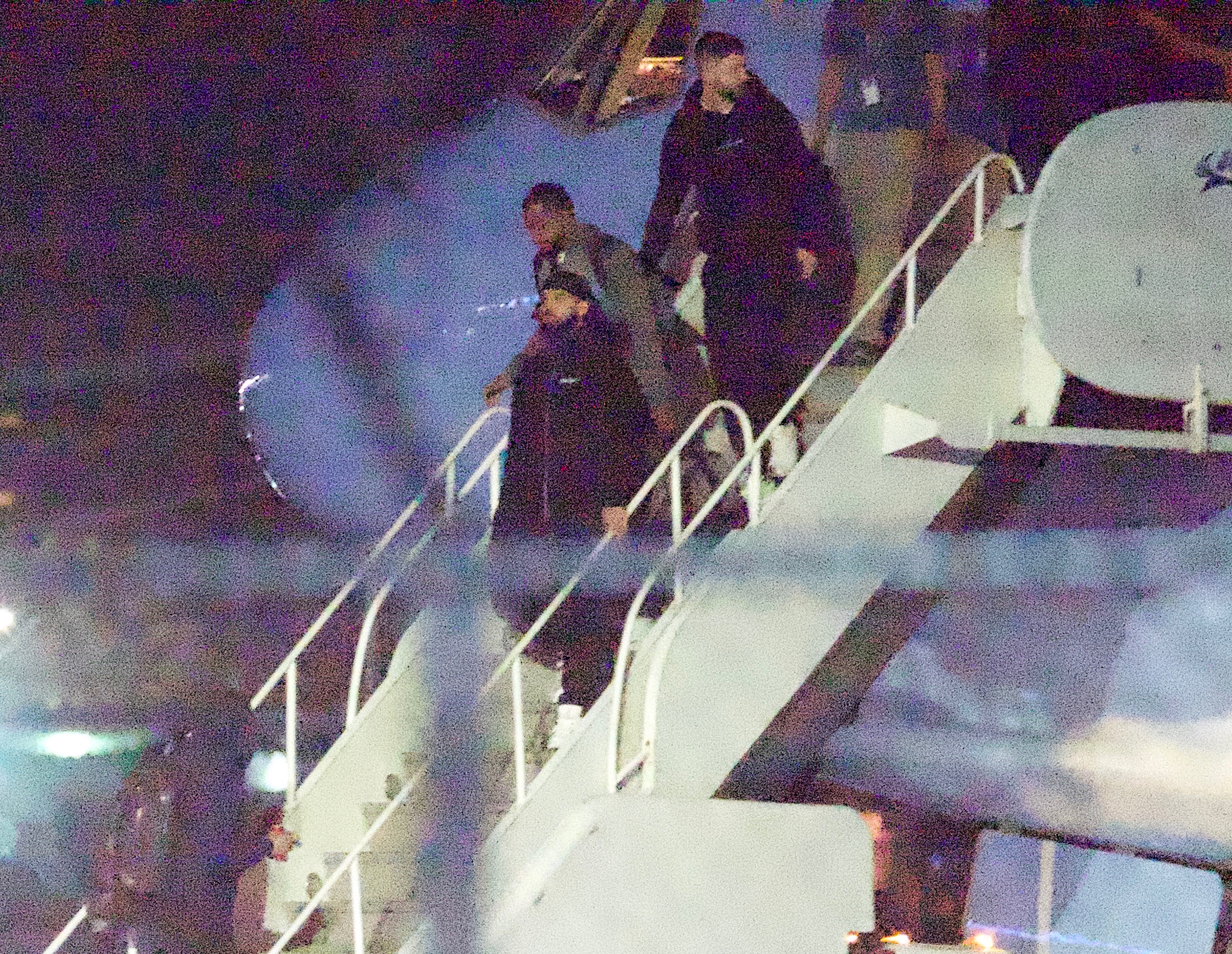 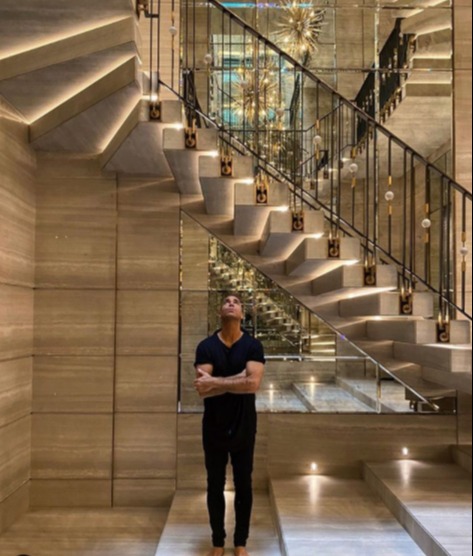 It is unclear if Drake, 34, was inside his massive Canadian home at the time but if so – he had "no communication" with the intruder.

The scary occasion doesn't mark the first time the Grammy-winner has had a home invasion incident.

In 2017, a woman was arrested inside Drake's Los Angeles home after she broke in and drank his soda, water and other refreshments.

Mesha Collins – who was 24 at the time – did not steal anything or damage any items in Drake’s home, according to reports.

However, she was found inside the house and arrested on $100,000 bail. 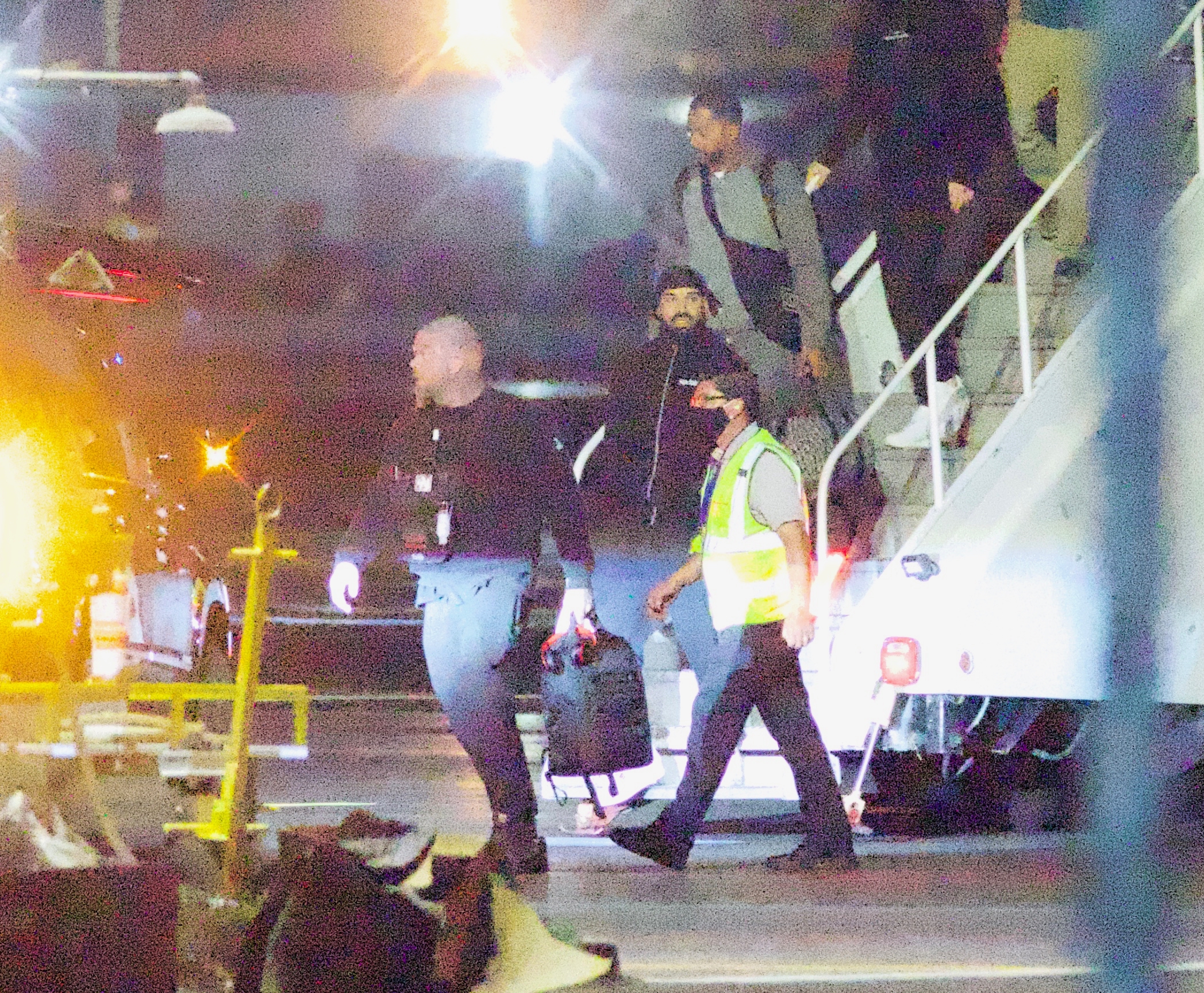 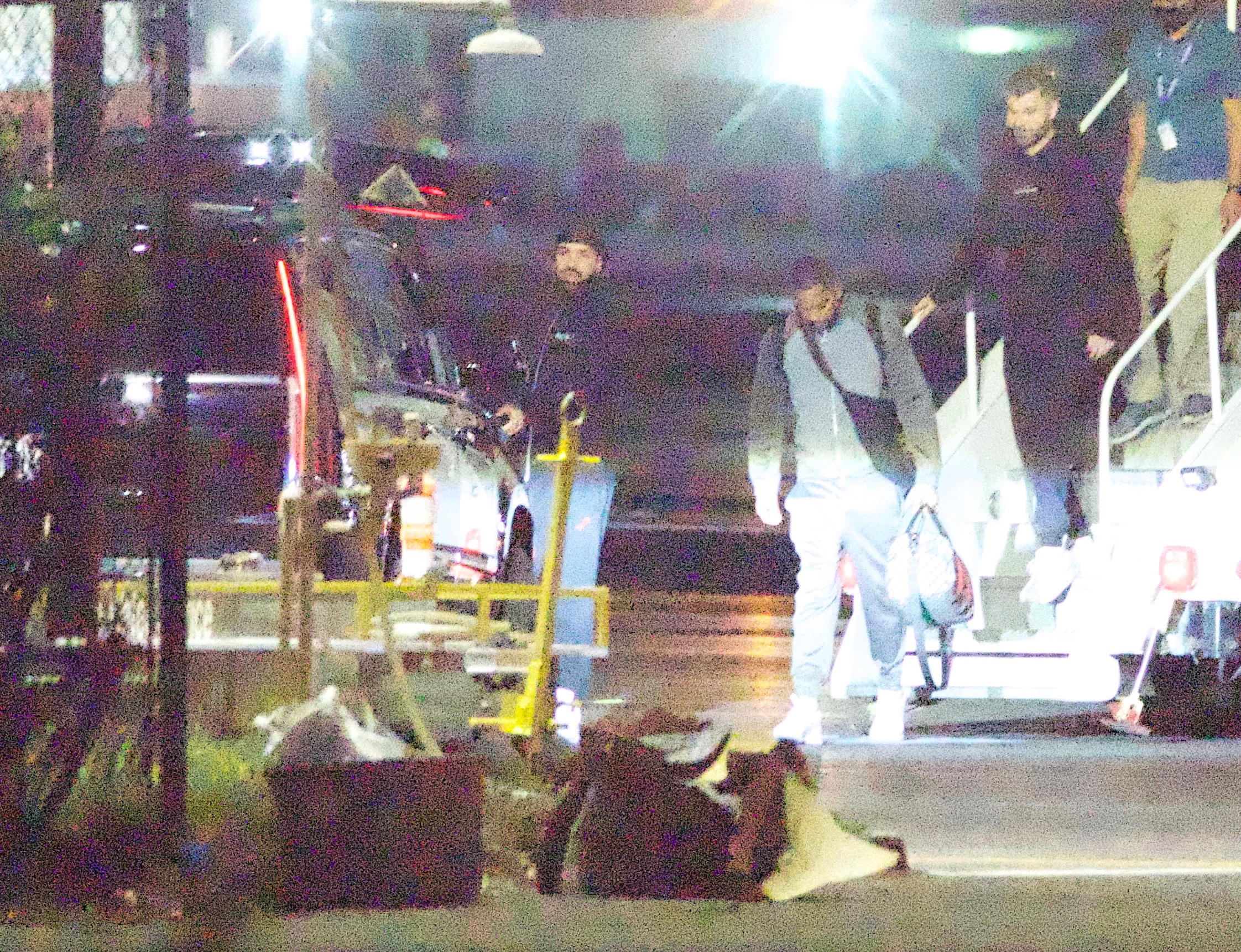 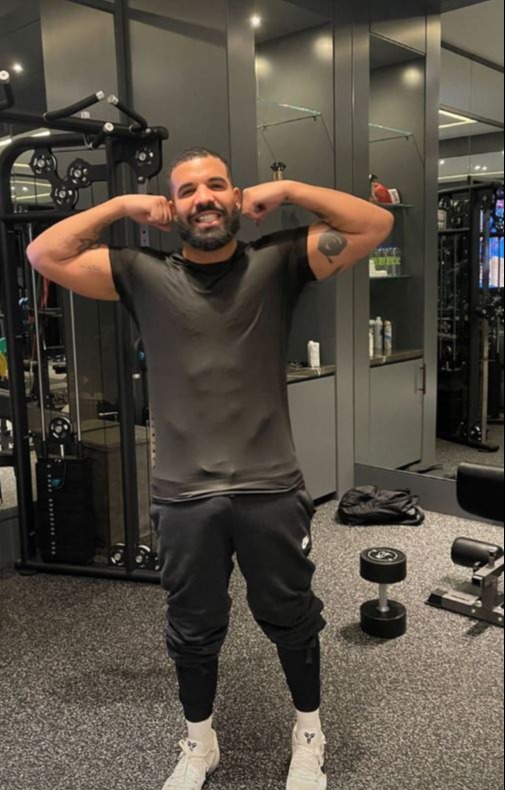 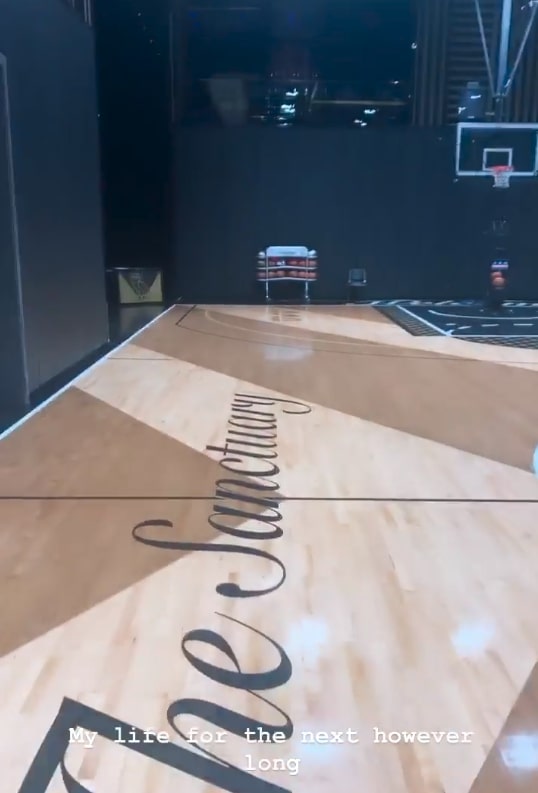 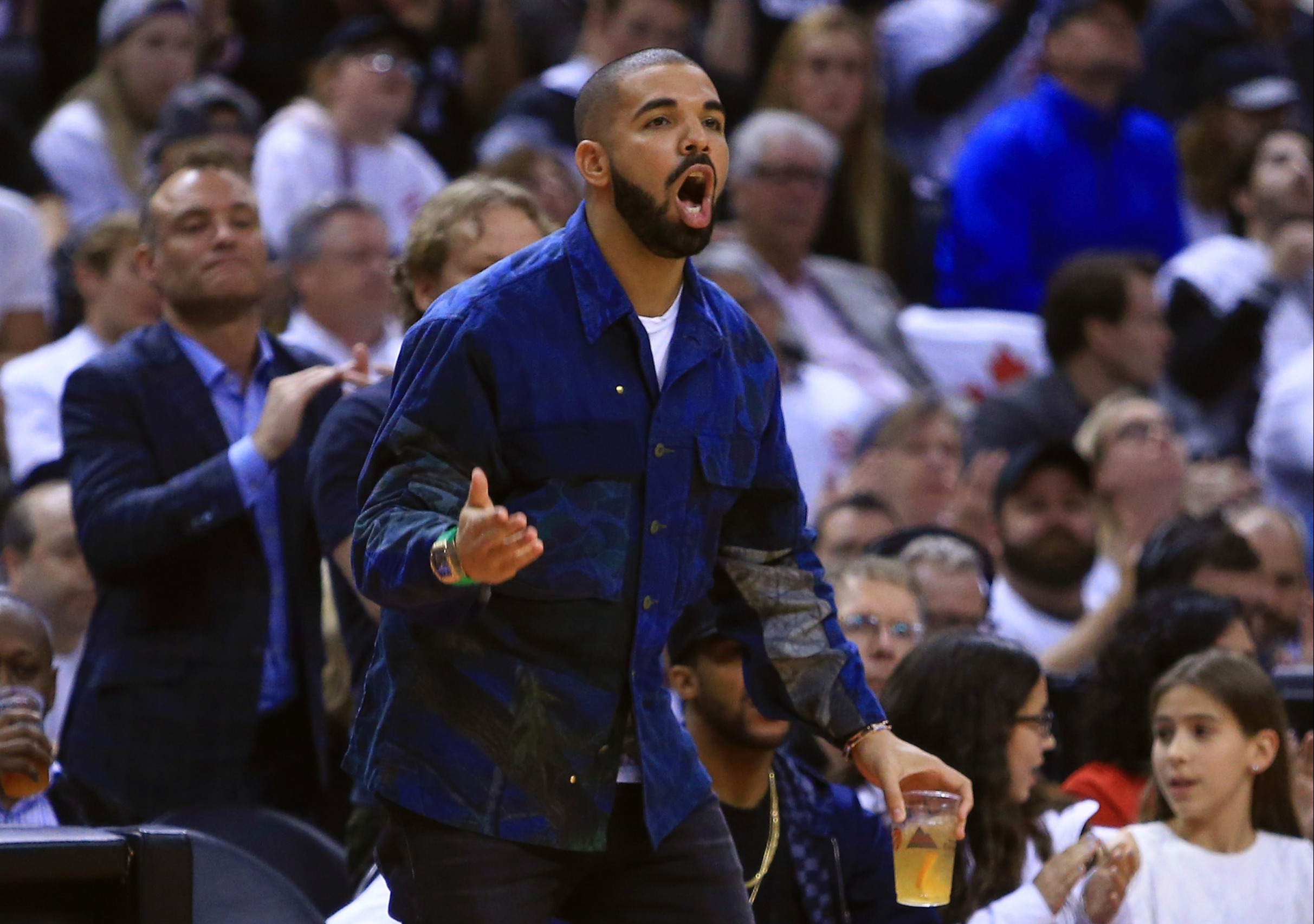 The God's Plan lyricist has garnered attention for the insane property he custom-built and kept fans updated throughout the renovation process.

He spared no expense for the 50,000 square foot luxurious estate he constructed in his home country in late 2019.

Champagne Papi’s impressive property is valued at $100million and sits on over two acres of land.

The Toronto Raptor’s superfan can be see as he scored a perfect shot from the extravagant top level down to the hoop below. 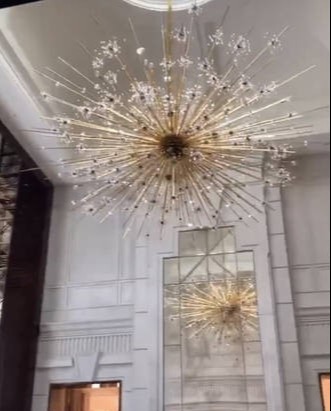 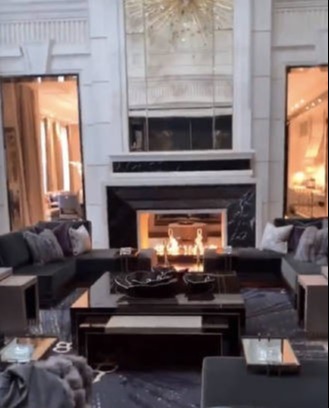 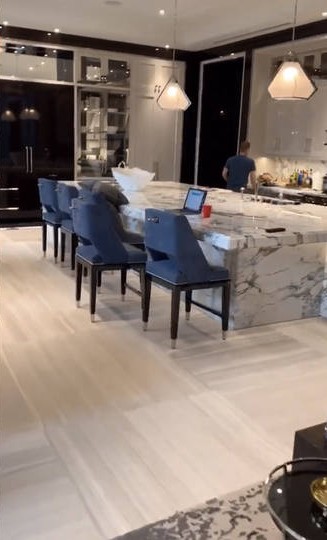 His impressive athletic facility even attracted music producer DJ Khaled, 44, who visited his friend for a game in the OVO center.

When he is in more of a mood to relax, the In My Feelings singer has a glamorous lounge that features a grand piano and a massive marbled double-sided fireplace with rows of grey sofas and chairs for seating.

His pad – which also includes an elevator – houses a large black-and-white marbled island in the center of the modern kitchen that has plenty of room to entertain.

The outside of Drake’s lavish home looks more like a palace as the gated multi-million dollar estate also features a 10-car garage and a spacious driveway to house the Degrassi actor’s expansive auto collection. 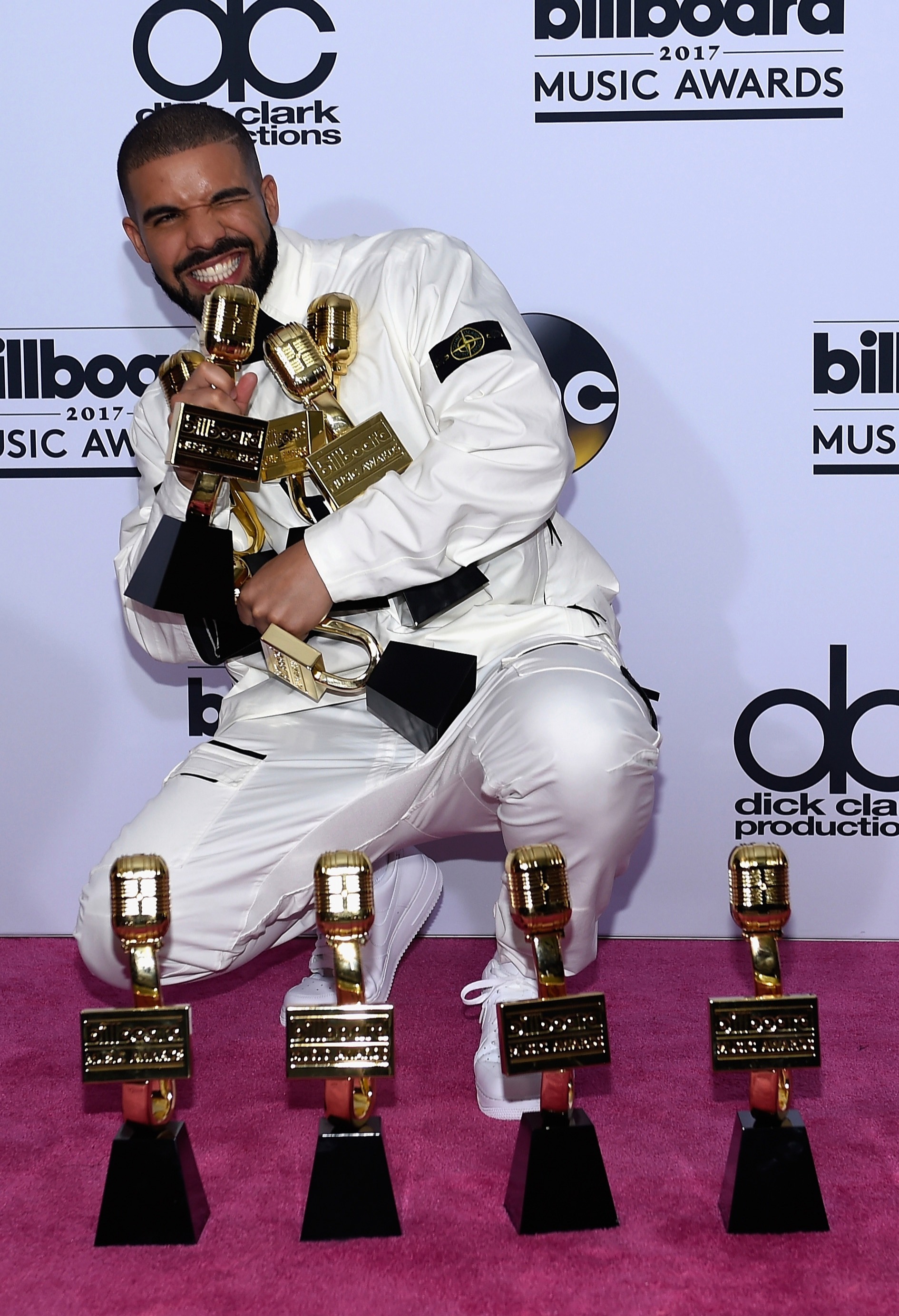 In order to maintain privacy and security, The City of Toronto granted special permission last September to their hometown hero to build fences that are twice as high as the permitted height.

Drake has spent more than $1 million on 20-foot tall trees that go along the fences so he “fits in with the neighborhood,” CTVN reported.