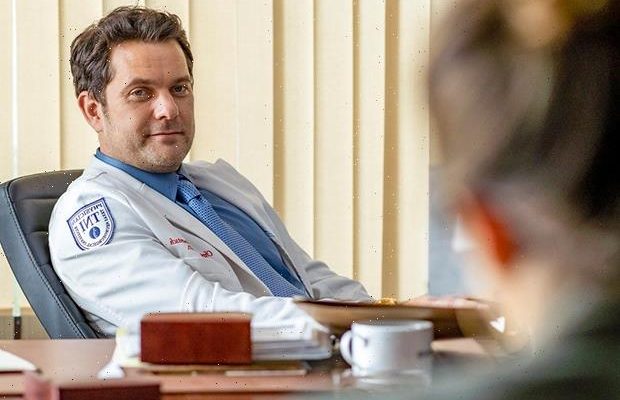 You might not guess it by looking at him, but Joshua Jackson‘s Christopher Duntsch is one of Dallas’ most dangerous residents.

In the newly released trailer for Peacock’s limited series Dr. Death, Jackson (The Affair) plays the real-life neurosurgeon who began as a charismatic rising star in the Dallas medical community… until everything changed.

“Patients entered his operating room for complex but routine spinal surgeries and left permanently maimed or dead,” the show’s logline describes. “As victims piled up, two fellow physicians, neurosurgeon Robert Henderson and vascular surgeon Randall Kirby, as well as Dallas prosecutor Michelle Shughart, set out to stop him. Dr. Death explores the twisted mind of Dr. Duntsch and the failures of the system designed to protect the most defenseless among us.”

30 Rock‘s Alec Baldwin and Mr. Robot‘s Christian Slater respectively co-star as Henderson and Kirby, who are seen in the trailer above as they brainstorm a plan to take Duntsch down. “He’s either the most incompetent surgeon I’ve ever crossed paths with, or he’s a sociopath,” Henderson remarks.

AnnaSophia Robb (The Carrie Diaries) and Grace Gummer (Mr. Robot) round out the miniseries’ ensemble. Jackson, meanwhile, replaces The Fall‘s Jamie Dornan in the title role, after Dornan had to leave the project due to COVID-related production delays.

Dr. Death premieres this summer on Peacock. Watch the full trailer above, then give us your first impressions in the comments.