Mr Archer told ITV’s Good Morning Britain that the current US President will remain in power for 11 weeks if he loses the election to Joe Biden this week. He added that President Donald Trump will have executive power but will not be able to pass a bill if the Democrats gain a majority in both Congress and the Senate.

Mr Archer said: “When he loses do the British people realise that he remains in power for another 11 weeks?

“No country on earth allows its beaten person in an election to remain in power for another 11 weeks.

“Can you imagine what he will get up to?”

Good Morning Britain’s Susanna Reid asked: “What will happen in those 11 weeks?” 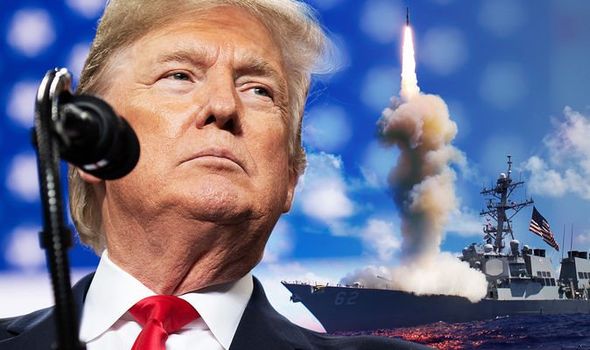 “If the Democrats win Congress and they win the Senate as I believe they will, he can’t pass a bill.