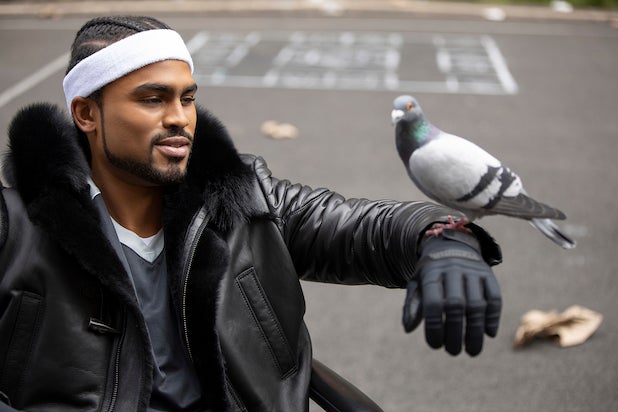 Does Hulu’s “Wu-Tang: an American Saga” need more music? That’s the focus of our latest “Low Key” podcast, available below on your favorite podcast app, or right here:

Every week on “Low Key,” Aaron Lanton, Tim Molloy and me try to decipher pop culture subtleties we think others may have missed. “Wu-Tang” has a lot of interesting details for people who pay close attention.

The series chronicles the formation and the rise of one of hip-hop’s greatest groups, the Wu-Tang Clan. We’re not quite sure what it is just yet, and we discuss how the show works to create the mythos behind the Wu-Tang, but seems to lack what we most admire about Wu-Tang: the music.

We get a little bit of Bobby (aka RZA) laying down a track with Shotgun (aka Method Man), but we mostly get drug deals and drive-bys. That’s fine — when accompanied with music. (By the way, kids, we don’t endorse drug dealing or drive-bys).

During the podcast, Aaron brings up the point that movies based on musicians’ lives usually incorporate songs into the story. We don’t get much of that here, but to the show’s defense, this is a series, not a movie. The series is probably using the early episodes to introduce the characters and their circumstances, and will hopefully use the remaining episodes to show how they use music to overcome these circumstances.

Also, this episode of “Low Key” is when we finally accept just how many aliases the members of the Wu-Tang have — at least three to five apiece. They’re a whole team of superheroes, we’re convinced. They could be the Avengers… if all the Avenger were rappers, and black men from Staten Island.

Meanwhile, Tim’s still trying to figure out if Raekwon really shot up Ghostface Killah’s home back in the day.

(Also: We just found out what RZA stands for “Ruler, Zig-Zag-Zig, Allah.” I don’t know what any of that means, but it sounds dope. Can you say new X- Box Gamertag?)