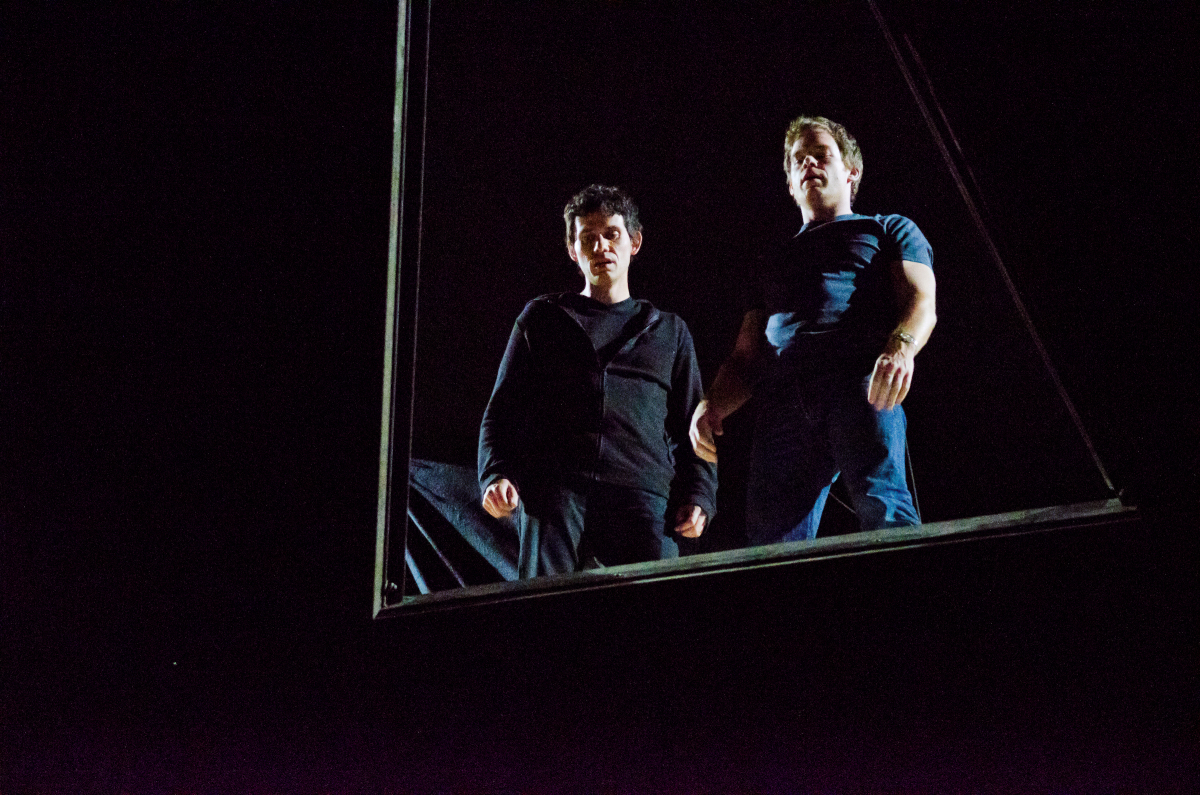 Camargo, Lithgow and Hanks were on the Dexter: New Blood Wrap Up podcast on Nov. 2 with executive producer Scott Reynolds. Check out Dexter’s new adventures in Dexter: New Blood, Sundays at 9 p.m. on Showtime.

The Ice Truck Killer left mementos for Dexter to find

In season 1 of Dexter, the Miami Police Department was looking for a serial killer who chopped his victims into pieces. They didn’t know he was right there, ingratiating himself with Dexter (Michael C. Hall)’s adoptive sister, Deb (Jennifer Carpenter). Camargo loved the little details, but didn’t expect them to follow him around the rest of his life.

“It’s just so precise, the payoffs in this show,” Camargo said on the Dexter: New Blood Wrap Up podcast. “And so sort of spot on. From the little tokens that the Ice Truck Killer would leave like the little Barbie doll heads and Barbie doll bodies. Then I remember throughout the woman unfortunately who I cut up who had a prosthetic arm and had different colored fingernails. You have no idea what an impact that had on me.”

The prosthetic hand became a signature for the Ice Truck Killer, whether Camargo liked it or not. Hanks also shared a story of how Dexter fans ask him to say an iconic, yet inappropriate, line when they meet him. Camargo can’t escape The Ice Truck Killer now.

“I still get strange fake hands sent to me with different colored fingernails,” Camargo said. “These small little details, they just enhance the show on such a level, and so fun to play with. The fa la la la la, I think the Christmas song was my favorite part. When Ice Truck Killer dresses up his body parts as Christmas decorations and sings little carols. It’s just the grotesque fun of it.”

By the end of season 1, you find out that Deb’s boyfriend Rudy (Camargo) is actually Brian Moser, and therefore also Dexter’s brother. They were both found in the bloody shipping container with their mother dead. Both ultimately turned to murder, but only Dexter had Harry (James Remar) steering him right.

I was just trying to orchestrate a family reunion really. It was just all about the family. So killing was just sort of a way to get close to Dexter really. That’s how I played it, that’s how I imagined it. It was more of a psychological thing about family, having a brother and dealing with that horrible genesis of finding themselves in a shipping container full of blood and a dead mother and what that might do to someone. Really having empathy and compassion for this character. So the murders, killing and all of that was immaterial really. It was just a way to get there. So I didn’t really feel like it was playing a baddie. It was just come on, wake up, Dexter. Come on. That’s sort of the progression that it took. It was much to me a family drama.