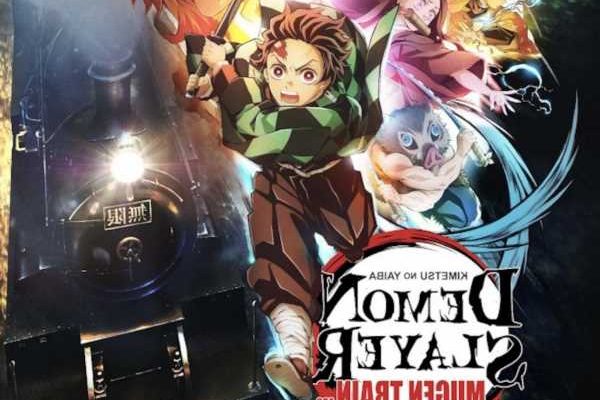 Demon Slayer Season 2 kicked off the Fall 2021 anime season, and fans are eager to see what Tanjiro and his companions are up to next. Of course, those who have seen the anime’s recent movie, Demon Slayer: Mugen Train, have an idea of what the first half of the season will look like. The Mugen Train Arc is already chugging along. However, there is some disappointing news for fans looking for the next episode: it’s been delayed. Read on to learn when you can expect Demon Slayer Season 2 Episode 4.

Despite new episodes of Demon Slayer Season 2 dropping weekly, episode 4 won’t arrive on Oct. 31 as expected. The anime typically airs on Fuji TV in Japan, dropping worldwide on platforms like Crunchyroll and Funimation.

“Due to the broadcast of the special election number ‘Live Election Sunday,’ the broadcast of ‘TV Anime’ Kimetsu no Yaiba ‘Infinite Train Edition’ on October 31st (Sun) on the national Fuji TV series will be suspended.”

Fortunately, fans won’t need to wait too long before diving into Demon Slayer‘s next installment. The account also revealed when the delayed episode, titled “Insults,” will arrive.

When will episode 4 of ‘Demon Slayer’ Season 2 air?

According to the anime’s Twitter announcement, “Insults” will air on Fuji TV on Nov. 7 a full week later than planned. Any streaming services that drop the episodes simultaneously should get them the same day. All in all, it’s not a long wait for the next chapter.

That said, those feeling impatient about Demon Slayer Season 2 Episode 4 can get the gist of what’s coming by watching the Demon Slayer: Mugen Train movie. It covers the same arc in a single, almost two-hour run. While the new episodes have bonuses and original content, the story they’re telling hasn’t diverged much from the manga arc covered in the film.

Demon Slayer: Mugen Train is currently available to stream on Crunchyroll and Funimation, where many international viewers are already watching the new season.

Given episode 4’s delay, Demon Slayer fans may be wondering if the season 2’s Entertainment District Arc will be impacted at all. The next arc was initially slated to arrive on Dec. 5, pushing the anime beyond the territory covered in the film and into a new chapter of Koyoharu Gotouge’s manga.

Fortunately, the brief hiatus doesn’t seem to have had any effect on the new arc’s December release date. Ufotable, the studio that makes Demon Slayer, would have known about the election well in advance. So, barring any unexpected future delays, the rest of the second season should stick to its intended schedule.