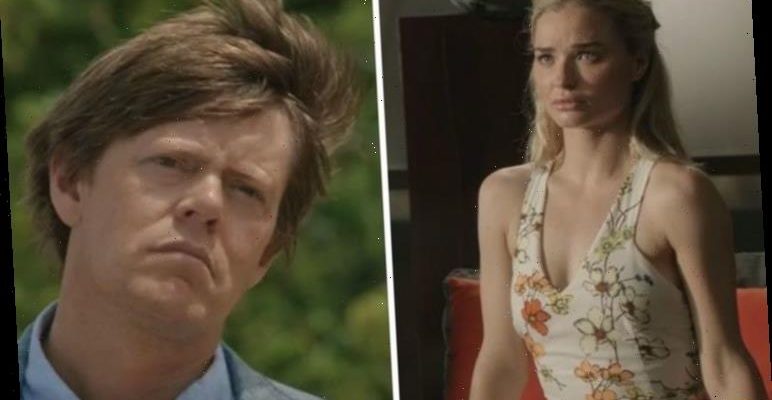 BBC’s Death in Paradise has built up a huge audience over the years, having first hit screens back in 2011. The British-French crime drama follows detectives based in the fictional island of Saint Marie and while season 10 of the comedy-drama wrapped up earlier this year, fans can’t wait until the 11th and 12th instalment. As a result, they have taken a look back at older episodes and mistakes have been spotted.

One fan picked up the fact in season five, episode one ‘The Complex Murder’ a mistake is made involving Detective Inspector Humphrey Goodman (Kris Marshall).

Taking to the site Movie Mistakes, they shared: “Humphrey tells the riddle of the two barbers wrong; you have to set it up saying that the ‘good’ barber has a great haircut, not that he’s great at cutting hair, or you negate its point (which is that the ‘bad’ barber with the bad haircut is the one who did the haircut to the good-looking barber, and vice-versa).”

Humphrey is known as a somewhat chaotic character, so it’s reasonable that he could have made the mistake as his character.

However, it seems this wasn’t part of the plot of the story, with Humphrey explaining the riddle to make a point. 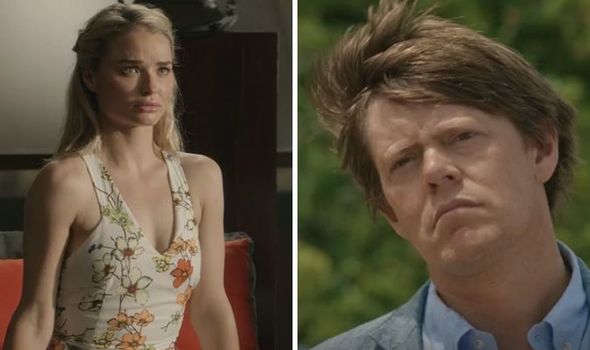 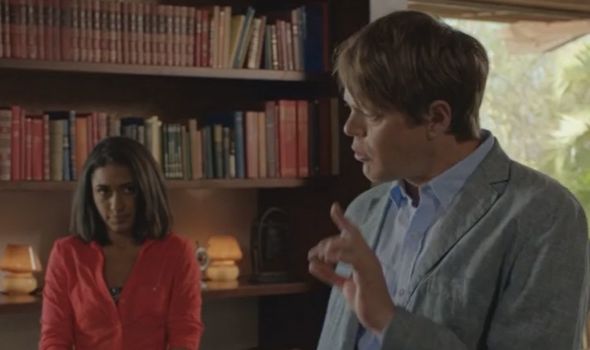 The instalment of the series saw Humphrey buying a boat when a wealthy environment and oceanographic leader of a diving party is shot on board his yacht.

Humphrey faced a complex case to crack and was puzzled by the murder.

The riddle referred to by the viewer who picked up on the plot hole emphasises the fact appearances can be deceiving, with people assuming the barber with a bad haircut is likely to be a bad barber, when in fact he wouldn’t have cut his own hair.

But when Humphrey explained it, he said the barber “is great at cutting hair” thus missing the point. 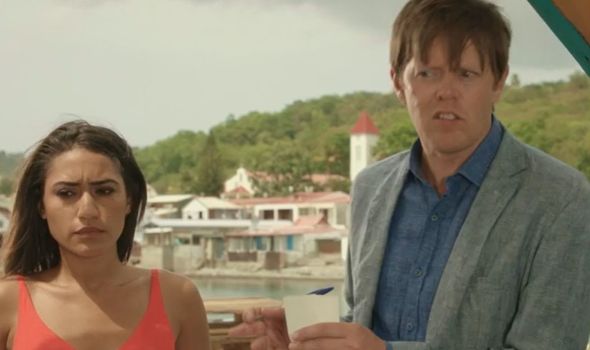 It seems season five is not short of errors, with another glaring plot hole also picked by fans who watched the episode ‘A Personal Murder’.

It first aired in January 2016, and saw Dwayne Myers (Danny John-Jules) attending the funeral of his old mentor Cedrik, but was bewildered when he received a text

The message read: “I was murdered,” and this bewildered the police officer, who knows his friend didn’t send the text.

He quickly tells Humphrey about the mysterious message which he was sent as Cedrik was buried with his phone in his coffin.

This raised questions amongst the police team as they knew there was no way this text could have come from his friend who was underground.

The team then looked into Cedrik’s death further determined to find out exactly what happened – and they soon found that Cedrik had died more suspiciously than originally thought.

In a key part of the plot, Dwayne’s phone, unfortunately, gave away a huge error; it revealed the date was Saturday, July 4, when in fact July 4 of that year took place on a Monday.

Viewers have taken to online sites to point out the mistake, with one sharing it on-site Movie Mistakes, which allows viewers to discuss plot holes.

Classing it as a factual error, they said: “Dwayne’s phone during the intro says it’s Saturday July 4th. The episodes (memorial banner, death certificate) takes place in 2016, when July 4th was a Monday.”

The episode in question has also seen other plot holes pointed out, with another involving an error with a date.

Another viewer said: “[Humphrey] Goodman receives the package from the postman, and it is stated that Cedrik bought the watch on the 10th, which is said to be two days before his death.”

“His [Cedrik’s] death being on the 12th is inconsistent with both Dwayne’s phone desktop (July the 4th) and the message (Thursday 29th).”

It seems perhaps dates and details on phones had been overlooked by producers of this particular episode. Luckily, it didn’t seem to affect viewing figures, with five extra seasons having aired since this one.

Series 10 concluded recently, leaving fans awaiting the next instalment already after being left with some unanswered questions – will DI Neville Parker (played by Ralf Little) and Florence get together?

The finale left this plot on a cliff hanger, so fans will have to wait until the next series comes out next year.

Death in Paradise seasons one to 10 are available to watch on the BBC iPlayer now.