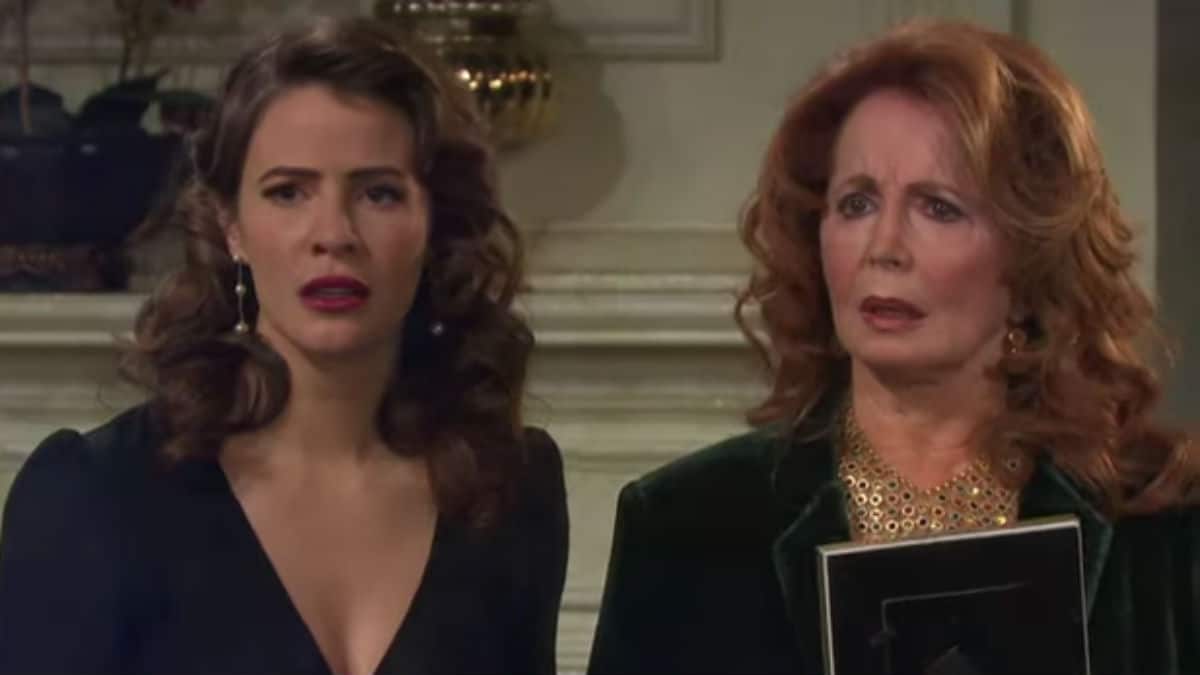 The Days of our Lives video spoiler for the upcoming week teases that a stunningly epic moment of truth is about to arrive in Salem and it hits several residents so hard, some of them will never again be the same.

A week of shocking revelations rocks Salem following the jaw-dropping events last week at Doug’s Place where Jarlena’s anniversary bash was a hit for some very unexpected reasons.

Hot on the heels of the awful truth that Kristen (Stacy Haiduk) is alive and wreaking havoc, comes disclosures that may take the bitter taste out of everyone’s mouths.

First, Xander (Paul Telfer) stuns Eric (Greg Vaughan), Maggie (Suzanne Rogers), and Sarah (Linsey Godfrey) by telling them that baby Holly is alive, not dead as presumed. Of course, he had a major hand in duping everyone into believing this lie, so the consequences of his Boy Scout act may reverberate in nasty ways.

Then, a very unrepentant Kristen is seen dropping a bombshell of her own at the Salem PD. Can she be believed? It’s obvious that she will do and say anything to save her bacon. What she has to spill may change everything, especially for Eric.

The aggrieved man is gobsmacked when she looks him in the eye and says, “Nicole is alive.”

Meanwhile, Gabi (Camila Banus) has a dynamite confession that causes Stefan (Brandon Barash) all sorts of delight. When the brunette vixen tells her new hubby, “I actually fell in love with you,” he is pleased as punch. Why shouldn’t he be? This admission will save him a boatload in lawyer fees otherwise spent on divorce and getting his company back.

Be sure to tune in and find out!