The Halloween-inspired David S Pumpkins Saturday Night Live sketch may have had Americans laughing, but actor Colin Hanks admits he still doesn’t get it.

Hanks recently joked about the sketch and subsequent Halloween special’s endurance with Showbiz Cheat Sheet, laughing about how the SNL sketch is “banned” at his house, despite the lead character David S Pumpkins being played by dad Tom Hanks. While David S Pumpkins won’t be showing up at his house, that doesn’t mean Hanks is a Halloween grinch. He mused about his love of the holiday and how he and his wife go all-in with costumes every year.

Hanks joked in the past that the sketch is “banned” at his house. “I’m never gonna show them that,” he said on NBC’s Today in 2016 when asked about the sketch. 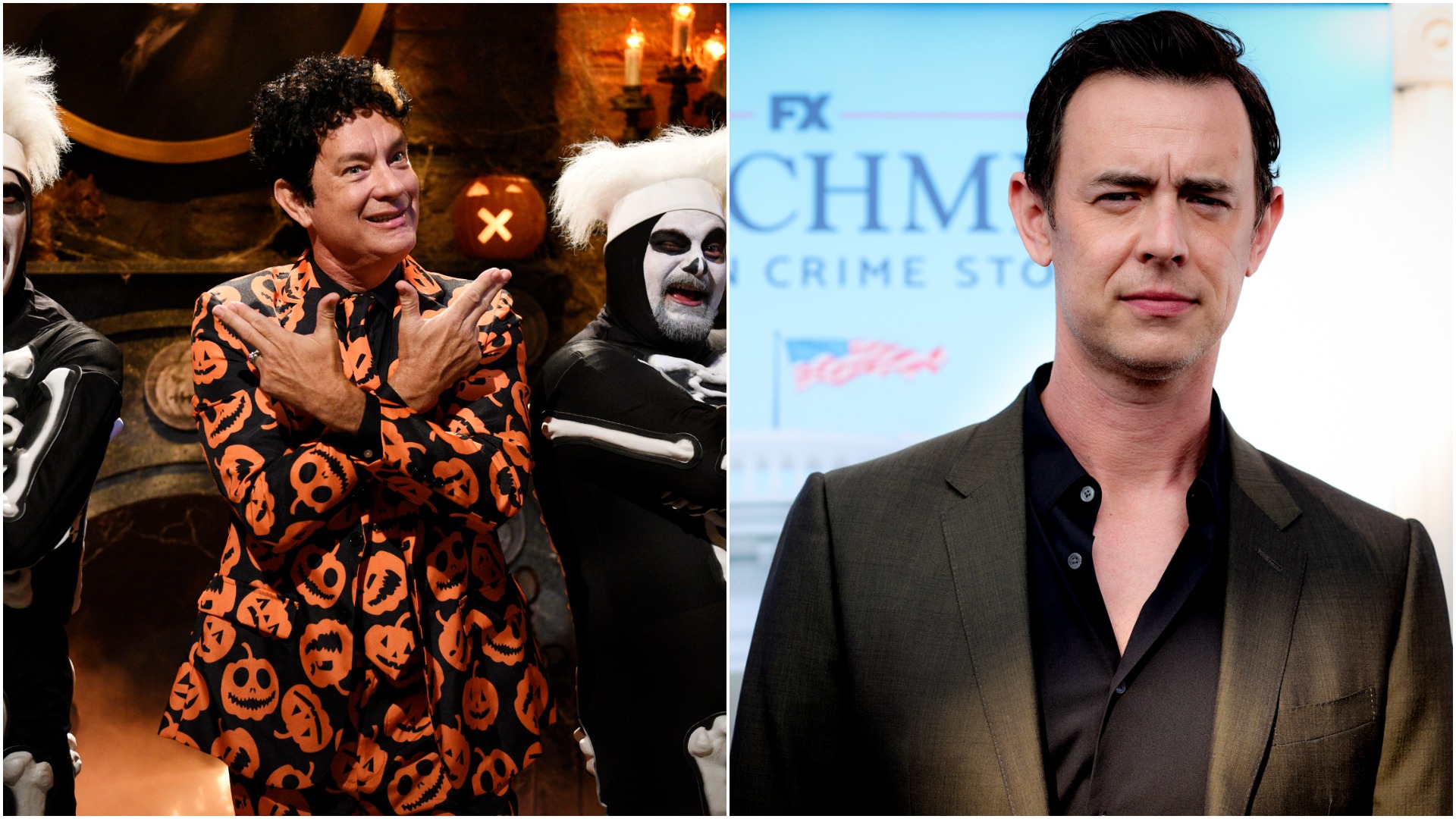 Even though five years have passed, Pumpkins is still a “no go” at his house. In fact, he said doesn’t think his kids are aware the character exists. “No, they’re not aware,” he said when asked if he’s shown his children the sketch. “I think if I showed them that, they’d just go like, ‘What? Why is that funny?’”

“And I’d say they’re probably in line with a good half of the population who just go, ‘what?’” he continued. “And the other half thinks it’s absolutely hilarious.”

Halloween is a big holiday at Colin Hanks’ house

During his Today appearance, he pointed out that the David S Pumpkins costume was a hot commodity, but that he “knew a guy” who could hook him up. He then mulled over what it would be like to go out as the Pumpkins character and then dress up his kids as the skeletons.

Halloween is a serious business at Hanks’ house. Some of his costume handiwork is featured throughout his Instagram and he said costume planning begins in the summer. “Well, you know there’s something about Halloween that I just dig,” he said. “It’s always been one of those fun things. And obviously, when you have kids they really insist on wanting to make it as big as it possibly can.”

“So part of it is a friendly, a loving competition with my wife,” he continued. “She really loves Christmas. So I said, ‘Alright we’ll give you a hog-wild Christmas, but that means we gotta go big on Halloween.’”

Maybe this is the year Colin Hanks will dress as David S Pumpkins from ‘SNL’?

Indeed the Hanks go big on Halloween. Last year Hanks’ wife Samantha Bryant was dressed as a witch and Hanks (appropriately) dressed as a Paulie Walnuts from the Sopranos. “Still on the lookout for the Russian guy who killed 16 Czechoslovakians and was an interior decorator. Happy Halloween boys and girls,” he captioned his photo. The year prior, Hanks went as a drunk Shriner and Bryant rocked a “love witch” costume.

Hanks became James Brolin’s version of Pee Wee Herman for Halloween 2018. He quipped about how he’s had a “good run” on costumes over the past few years. “I’ve been fortunate to be able to get a good run on Halloween costumes the last couple of years,” he said. “Very happy about my little run here. And you know, obviously, I’m planning October here in July. I’m already planning. Yeah, I’ve got plans.”

The Halloween costume reveal will likely show itself in the next few days. And while he insists David S Pumpkins still won’t be played at his house, what a trick and a treat it would be if he followed through on his 2016 musing.