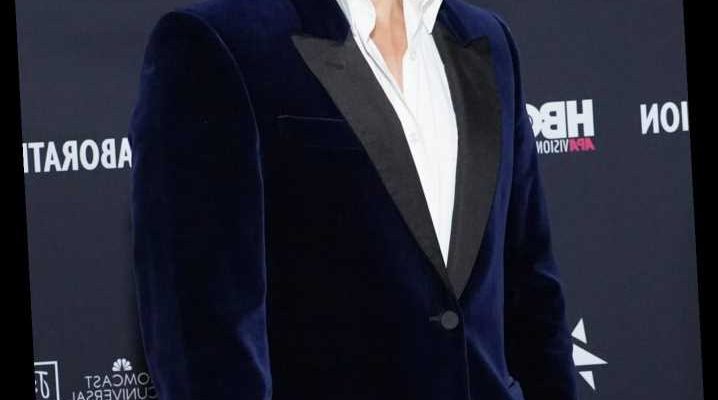 Daniel Dae Kim is celebrating a huge milestone in his career.

The veteran actor, 52, announced on Twitter Wednesday that he'd landed his first lead role on a television series — after more than three decades in the business. Kim is set to star in the National Geographic anthology miniseries The Hot Zone.

"Hardly the biggest news given what's going on in the world today, But after 31 years of working in TV, this is my first series lead," Kim tweeted.

According to Variety, Kim and Tony Goldwyn will lead The Hot Zone: Anthrax, which will feature six episodes that will focus "on the anonymous bioterror attacks that caused panic across the country mere weeks after the chaos of 9/11." Kim will play FBI agent/microbiology expert Matthew Ryker, while Goldwyn, 60, is set to portray microbiologist Bruce Ivans.

"Tony and Daniel are both wonderfully versatile and dimensional actors who will bring complexity and depth to these characters," National Geographic's executive vice president of scripted and documentary films, Carolyn Bernstein, said in a statement to Variety. Kim's early career saw him appearing on episodes of well-known series like Unsolved Mysteries, Law & Order, All My Children and Beverly Hills, 90210 before he landed a series-regular role in the futuristic sci-fi series Crusade in 1999 and a recurring role on Angel.

Throughout the early 2000s, he would go on to recur in several more series like Charmed, 24, ER and Star Trek: Enterprise before landing a regular role on the hit ABC ensemble drama LOST as Jin-Soo Kwon.

After LOST, he most notably portrayed Chin Ho Kelly on Hawaii Five-0 for seven seasons from 2010 to 2017, before he and costar Grace Park left the show over contract negotiations.

"It's possible to be grateful for the opportunity and respectful of the colleagues and the people that I work with and still maintain a steadfast sense of your self-worth," Kim said in part of his exit at the time.

Back in 2015, Kim touched on diversity and representation in Hollywood, posting an image on his Instagram feed of "the only Asian face in all of Middle Earth. She is nameless and voiceless, but appears for a glorious 3 seconds at approximately 41:55 in The Hobbit: The Battle of the Five Armies."

"I'm such a fan of films and books like Lord of the Rings and even Star Wars, despite the fact that, as an actor, I'll never be employed by them," Kim told PEOPLE at the time of his decision to speak out about the lack of representation in big-budget films.

"There are people whose work I greatly admire who just don't write to my experience in any way," he continued. "I don't fault them for it; writers tend to create and write to their own experiences and to their own circle of friends and if they don't have people in their lives who are ethnically diverse, then there's never really much thought to making roles ethnically diverse."

"At the same time," the actor said, "there's nothing to preclude a minority from being in those projects – 90 percent of the time – because they're not about something that would exclude them such as language or a different experience of growing up."