DAN Osborne was spotted by the pool with his daughter Mia, one, while Jacqueline Jossa remained in the I'm A Celebrity jungle.

The topless 28-year-old reality star revealed his impressive physique in shorts as he cradled his youngest in one arm at their hotel in Australia. 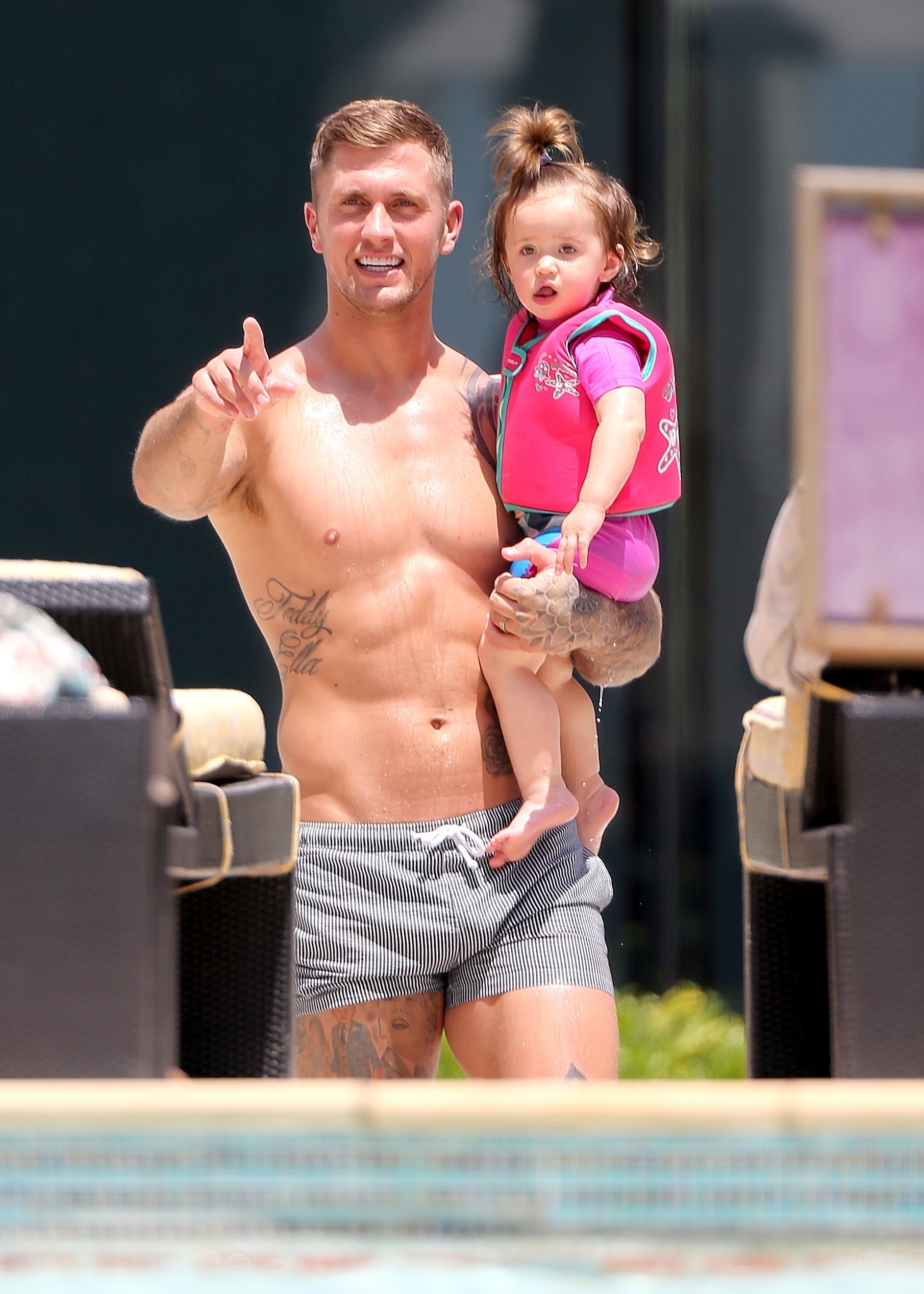 His body art was on full display, including a tribute to son Teddy, five, with ex Megan Tomlin.

Baby Mia, who also has big sister Ella, four, had been enjoying a paddle in the pool, looking absolutely adorable with her hair in a high pigtail.

The little girl wore a pink float vest and swimming costume as she toddled around, under the gaze of her doting dad.

The ex-Towie star has flown Down Under to support Jacqueline on the ITV series. 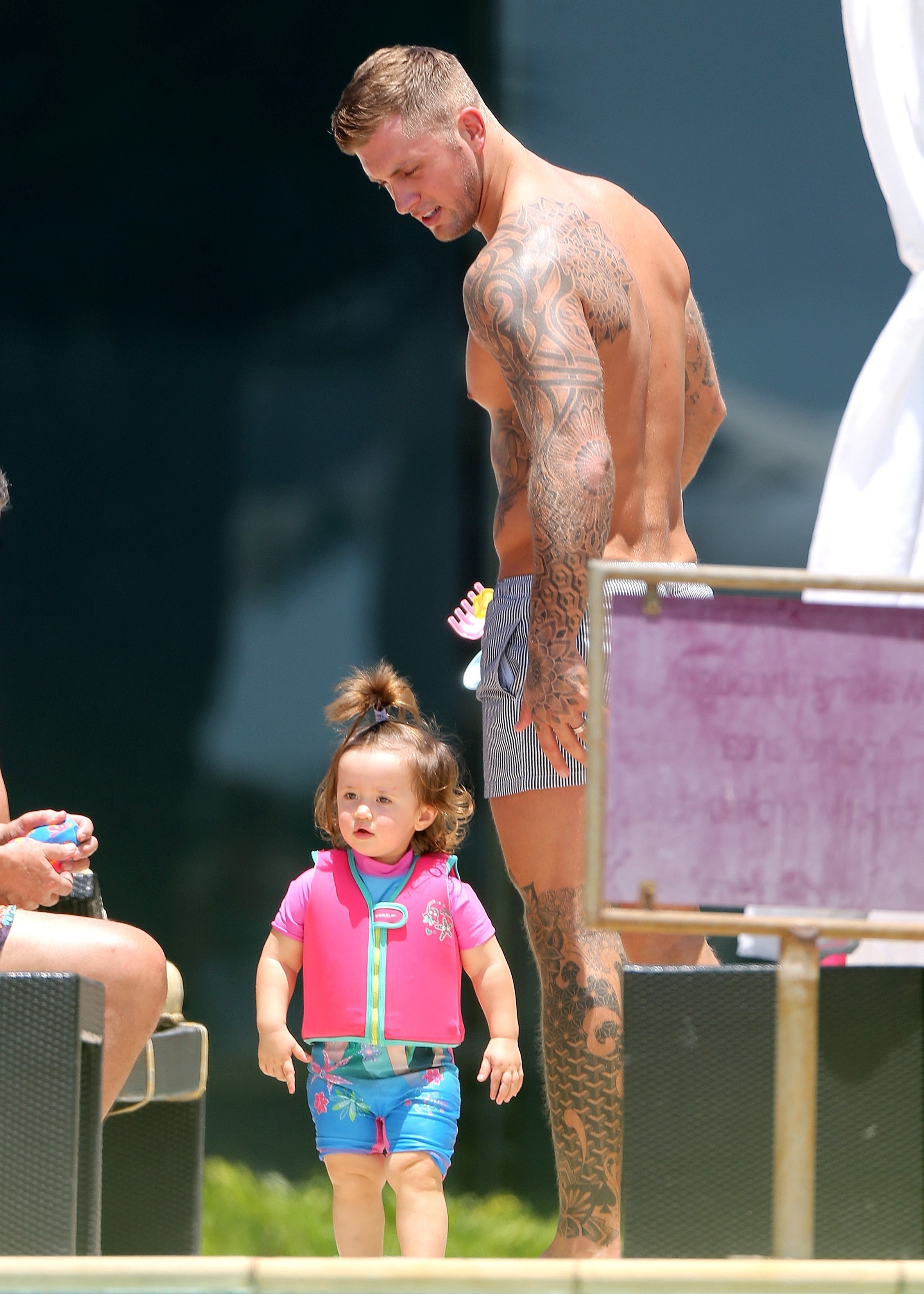 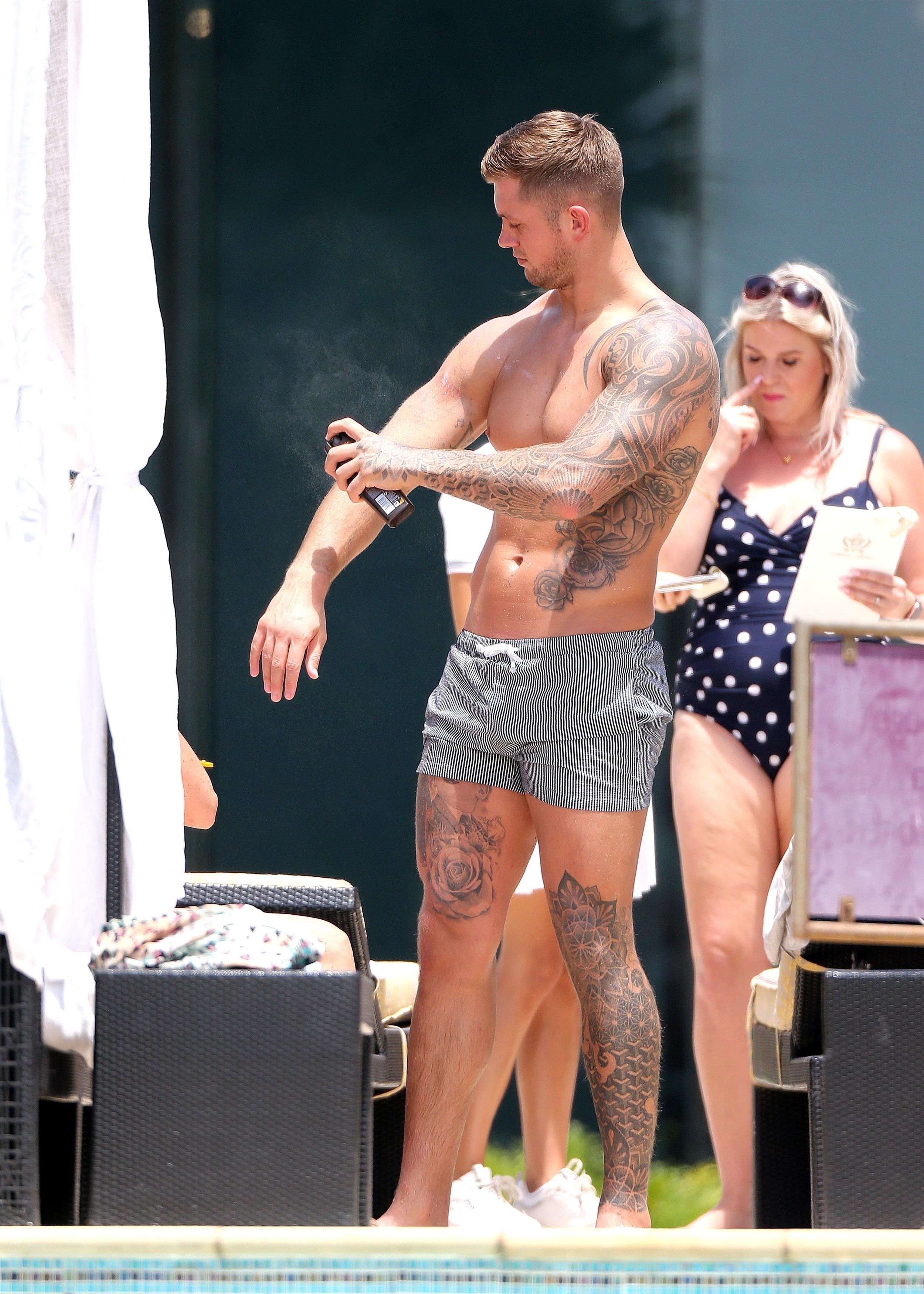 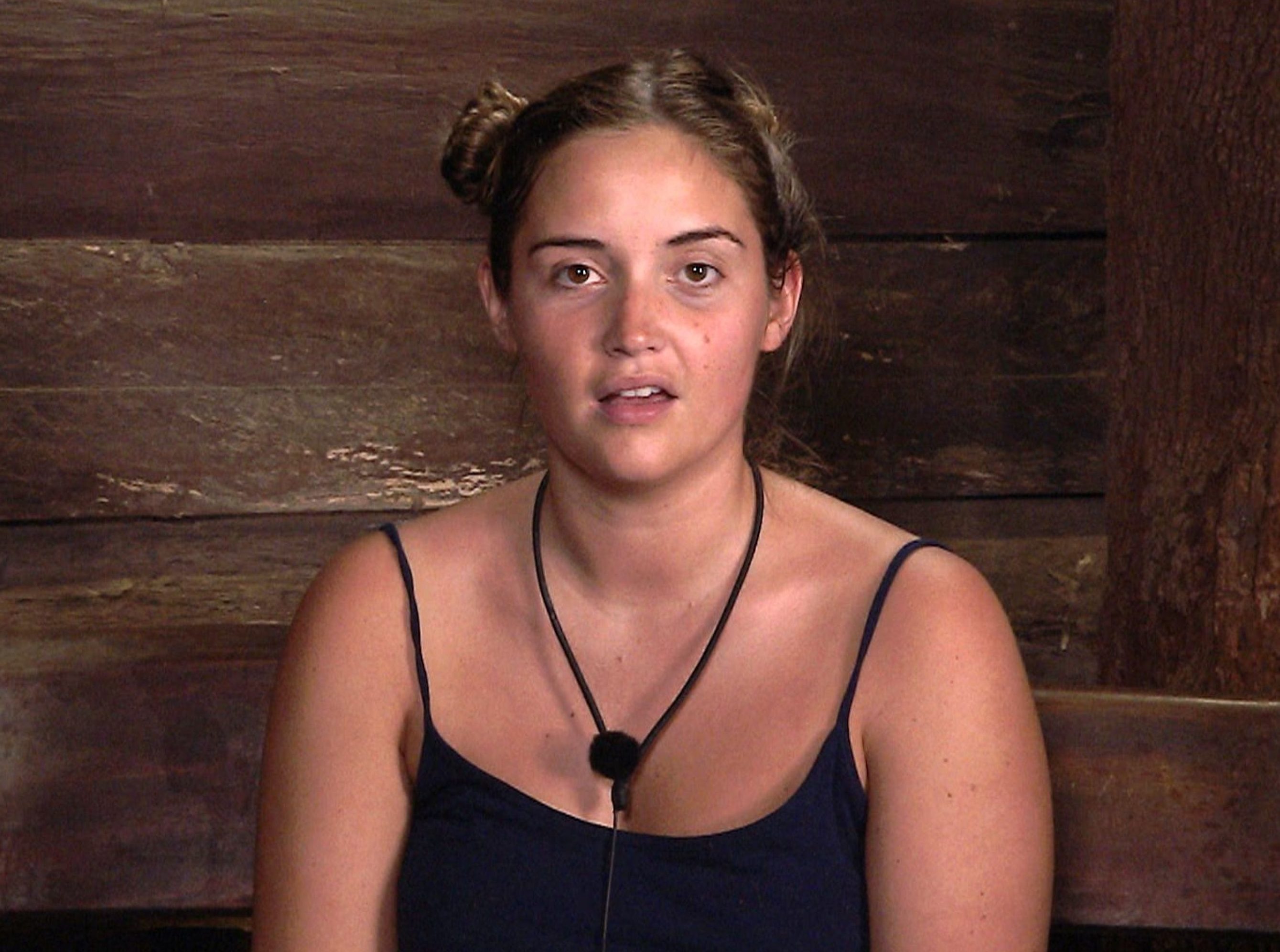 But they're set for an uncomfortable chat when she eventually leaves the jungle.

The fitness fanatic has been rocked by more cheating rumours.

Jacqueline's I'm A Celeb campmate Myles Stephenson told the EastEnders star that he believed Dan had slept with his ex Gabby Allen.

Jacqueline, 27, then ditched her wedding ring on the show after fellow camper Myles opened up to her . 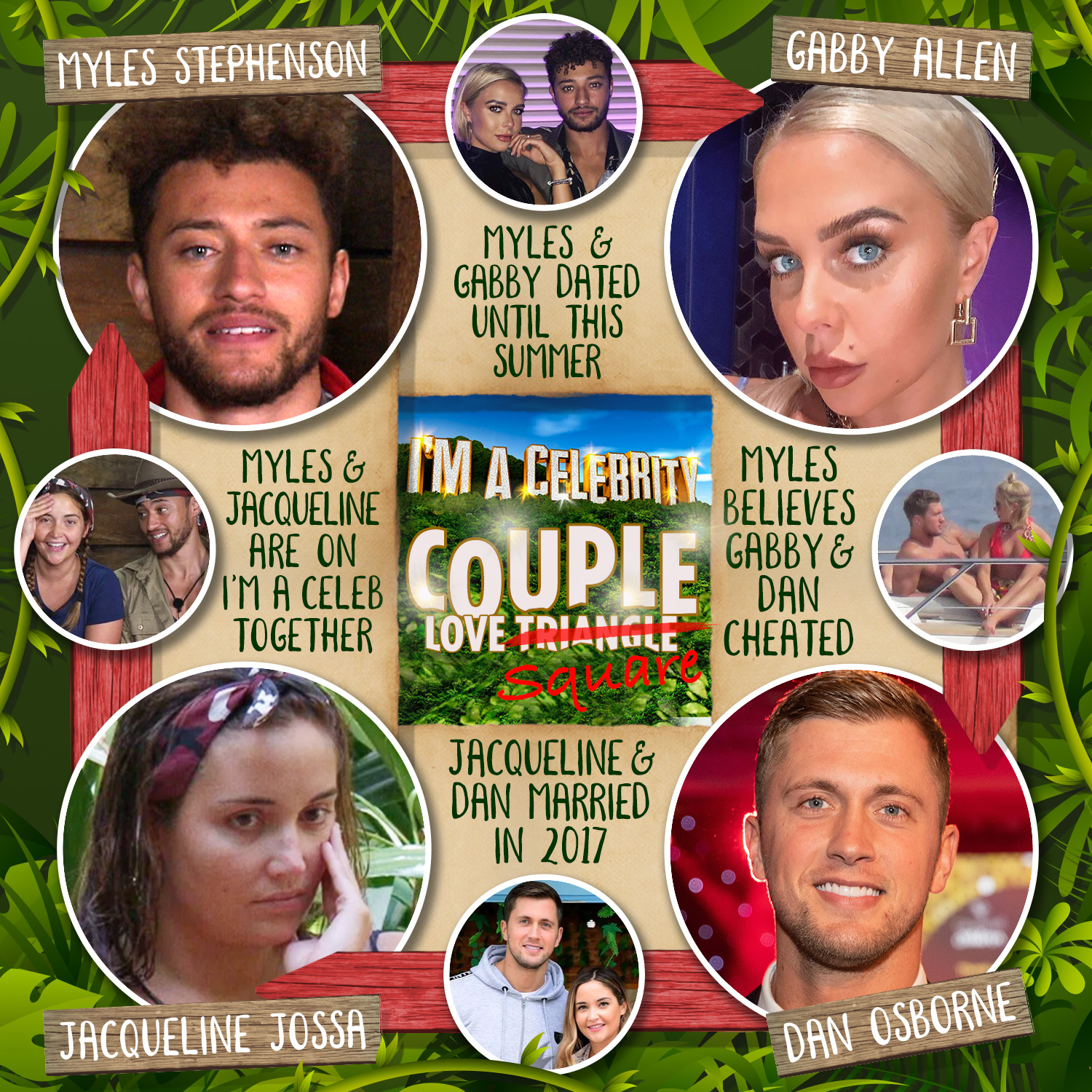 As a result, Dan decided to fly out early to Australia to confront Myles and comfort Jacqueline over the claims.

Dan and Gabby, 27, were pictured cosying up on a yacht in Spain last year.

Jacqueline was pregnant at the time and the couple had a temporary break with Dan moving out of the family home.

Gabby’s ex-boyfriend Marcel Sommerville accused her of bedding Dan during the trip.

Dan moved back in with Jacqueline to help her out after the birth of daughter Mia in June last year and to give their two-year marriage another go.

People Swear By These Costco Products

Paris Hilton Has a Holographic BMW, Because Of Course She Does
TV & Movies

Pamela Anderson’s new husband had affair with Barbra Streisand and paid £2.5m to PA who branded him a sex pest – The Sun

‘Picard’ Burning Questions: That Ending Explained, and Everything You Need to Know to Catch Up
Celebrities

Prince Charles Publicly Snubs Mike Pence By Blowing Off His Handshake — Watch
We and our partners use cookies on this site to improve our service, perform analytics, personalize advertising, measure advertising performance, and remember website preferences.Ok