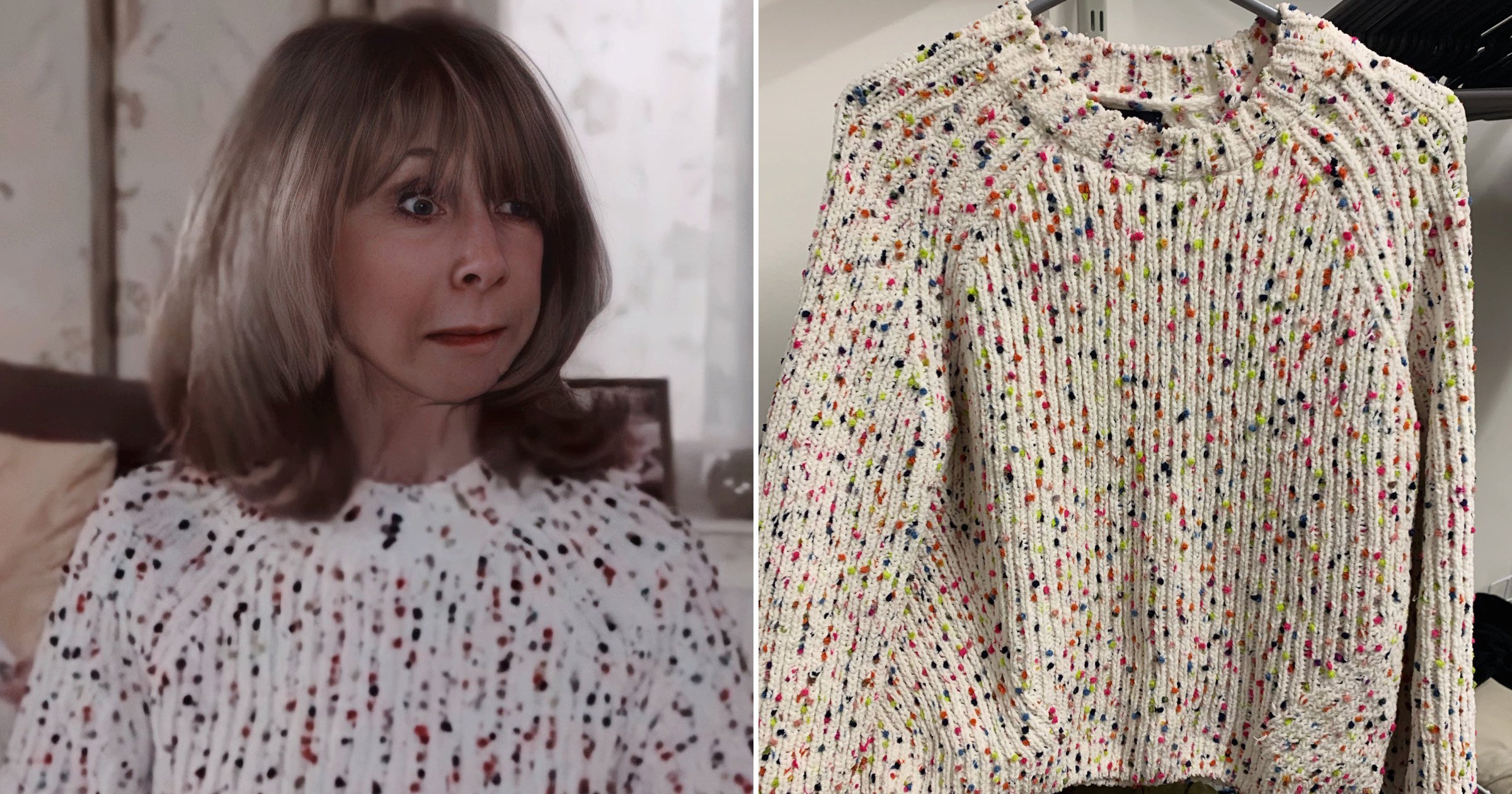 A charity shop customer was quick to return a jumper they purchased after seeing Gail Platt wear it on Coronation Street earlier this week.

Actress Helen Worth was spotted sporting the cream knit from Marks and Spencer, which features distinct multi-coloured threads, on the ITV soap on Monday’s episode.

And someone who had recently brought the item of clothing for themselves decided they wanted a refund once they’d clocked it had been worn by Gail – the nerve!

‘No way has a customer just brought this jumper back for a refund because they saw Gail Platt wearing it on #corrie on Monday,’ a charity shop employee wrote on Twitter.

‘Going to resell it and label it ‘as worn by Gail Platt.’

The tweet quickly went viral on Twitter, prompting the social media user to add: ‘This is genuinely one of the best refund excuses I’ve ever had.

‘What’s wrong with our ICONIC Gail wearing it?’

They continued: ‘My manager sold a pair of trousers to some older guys who were also in the shop at the same time and went “and don’t you dare be bringing them back because you’ve seen Ken Barlow wearing them tonight”.’

Sadly Helen is not on social media and there’s been no comment from the actress thus far, but we can’t imagine her taking this tomfoolery to heart.