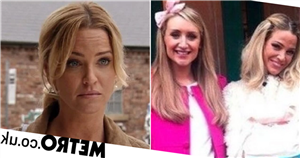 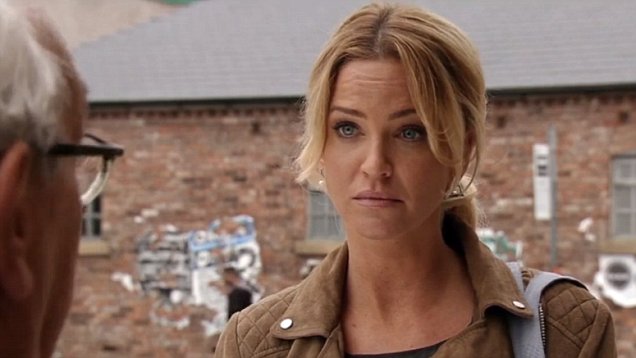 Earlier today, Sarah’s mum confirmed that the singer had died after a battle from breast cancer and fans and stars have been sharing memories and messages.

This includes Corrie actors, who met Sarah when she had a stint on the show in 2015.

She played Joni, the ex-wife of Robert Preston, who came to discover that he was having a relationship with Tracy Barlow.

This led to some clashes, with Joni slapping Tracy across the face at one point.

Sarah played the character for four episodes, which her agent at the time had stated was always what she had been contracted to do.

Following news of her death, Catherine Tyldesley, who played Eva Price in the show, shared an image on Instagram showing herself and co-Star Tisha Merry alongside Sarah outside of the Rovers Return.

Cath wrote: ‘I only met @sarahnicoleharding a couple of times. But she was a ball of beautiful energy and the sweetest of souls.

‘Sending huge condolences to all her family and friends. Keep shining in the clouds beautiful girl.’

Misha added: ‘So unbelievably sad 😔 😢my love and thoughts are with her family xx.’

Lisa George said on Twitter: ‘Really saddened to hear of the passing of Sarah Harding. We went for lunch together after filming in #corrie.

Sarah’s mother Marie broke the news in an Instagram post on Sunday, announcing that her daughter had died that morning.

Alongside a black and white photo of the star, she wrote: ‘It’s with deep heartbreak that today I’m sharing the news that my beautiful daughter Sarah has sadly passed away.

‘Many of you will know of Sarah’s battle with cancer and that she fought so strongly from her diagnosis until her last day. She slipped away peacefully this morning. ‘

Marie continued: ‘I’d like to thank everyone for their kind support over the past year. It meant the world to Sarah and it gave her great strength and comfort to know she was loved.

‘I know she won’t want to be remembered for her fight against this terrible disease – she was a bright shining star and I hope that’s how she can be remembered instead – Marie x.’