Maureen Lipman says she had 'premonition' the Queen would die

Maureen Lipman, who played Evelyn Plummer on Coronation Street, claimed she had a premonition the 96-year-old Queen was going to die as she prepared to go on stage. The 76-year-old actress opened up on the harrowing moment with Kirsty Young during the BBC’s coverage of the state funeral for the late sovereign on Monday.

The actress was asked about the moment she prepared to go on stage for her show Rose 11 days ago when she heard the news of the Queen’s death.

Maureen explained she had a “premonition” that the monarch was about to die.

She added: “I had a premonition, Kirsty, I actually texted a friend in Corrie saying, ‘I think the Queen is going to die.'”

“I just had one of those strange experiences,” she said while taking a deep breath in. 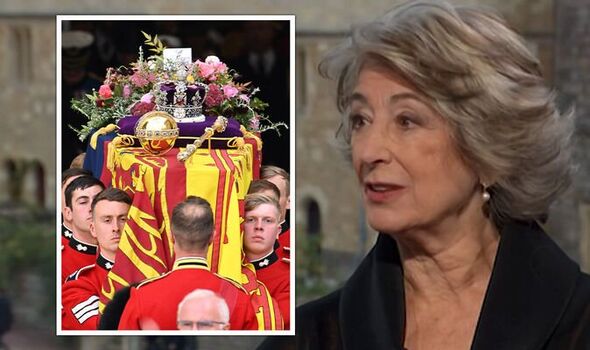 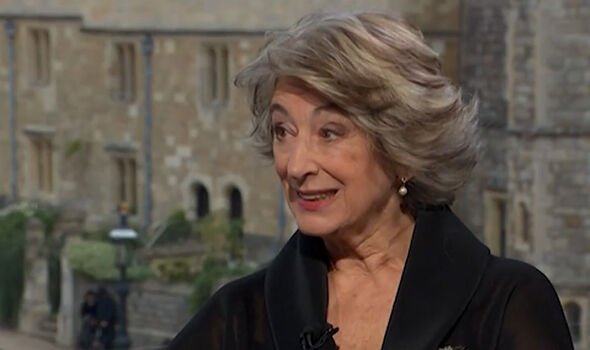 “Then I thought the show would be cancelled, it was in Manchester, and it was a one-woman show.”

The play launched last month and is about a woman called Rose who retraces her story from the devastation of Nazi-ruled Europe.

Maureen continued: “I didn’t think anyone would play that night but the director came through that we were all to carry on.

“But, literally, the show had to go on,” Maureen concluded. 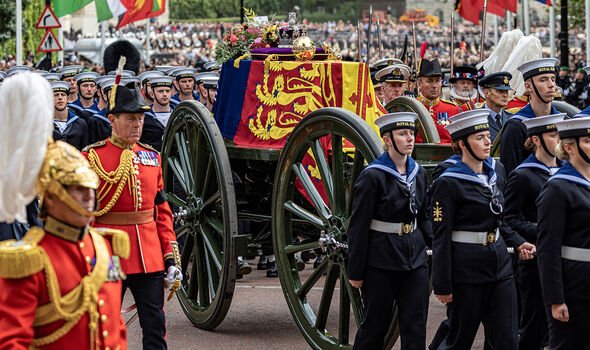 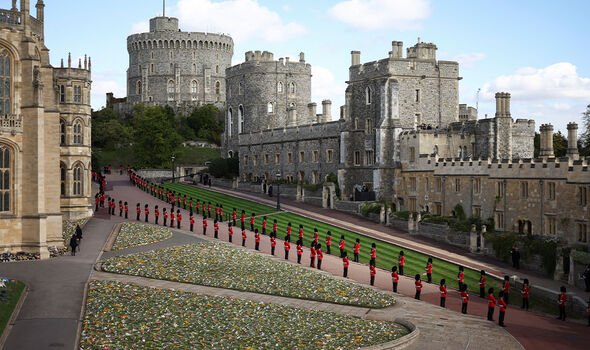 The actress also spoke to LBC’s Nick Ferrari about the late Queen, telling listeners: “She was acting all her life really wasn’t she, keeping her wonderful secrets to herself.”

“She struck us all with her beauty, she couldn’t take a bad photo and that was a very good thing in the time of television,” Maureen remarked.

The Queen’s funeral took place on Monday, September 19, with tens of millions of people tuning in to watch it around the world.

Nick commented on the “incredible” line of people who have queued to see her coffin and the “ocean of flowers” mourners have placed around Windsor Castle and Buckingham Palace.

Maureen responded: “We’ve seen the Queen’s message of reconciliation, I think she’s planned this meticulously and I think she has brought around a tremendous feeling of patriotism, not nationalism but patriotism.”

The Queen’s coffin arrived in Windsor following her funeral service in Westminster Abbey which is where her coronation was held as well as her wedding to the late Duke of Edinburgh.

Thousands of mourners lined the Long Walk up to Windsor Castle throughout the afternoon for the funeral march.

The Queen’s beloved corgis have also been sighted at the Castle awaiting the procession.

Members of the Royal Family sat at the front of Westminster Abbey for the funeral, which was attended by about 2,000 guests.

World leaders including US President Joe Biden and French President Emmanuel Macron were in attendance.

The Duke and Duchess of Sussex followed the coffin through the Abbey at the start of the service.

They sat behind King Charles III during the service, with Prince William and Kate Middleton sitting opposite with their children Prince George and Princess Charlotte.