Coronation Street Speed Daal chef Stu (played by Bill Fellows) has been on a mission recently to try and find his daughter Bridget. He has had some help from Yasmeen Nazir (Shelley King) but has also confided in his close friend Kelly (Millie Gibson). The pair formed a close bond after Kelly was released from prison and was battling homelessness last year. Was it fate that brought the pair together, or is there a heartbreaking link between them?

Kelly was released from prison after Corey Brent (Maximus Evans) was jailed for the murder of Seb Franklin (Harry Visinoni) and the brutal attack on Nina Lucas (Mollie Gallagher).

When she arrived back on the street, she attempted to make amends for her involvement in the fatal attack, but Nina was not interested.

Her home life with Toyah Battersby (Georgia Taylor) and Imran Habeeb (Charlie De Melo) was put on the line when they were trying to foster again.

Stu was the key witness who came forward and helped put Corey away, coming forward with a backpack which the young man tried to dispose of. 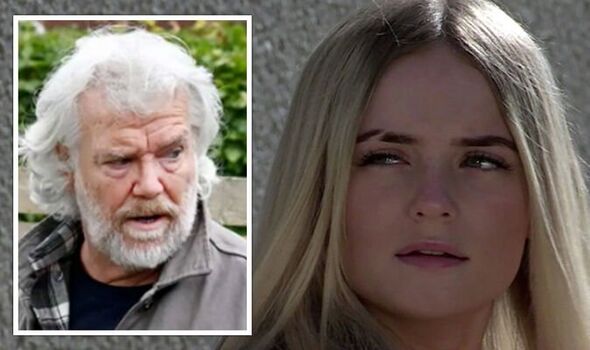 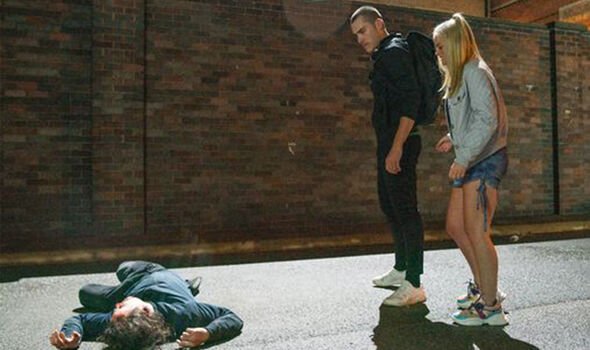 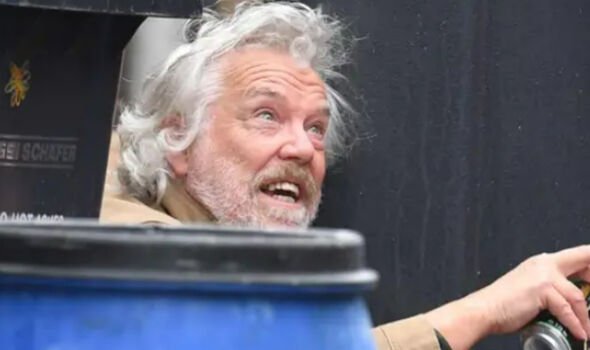 The turmoil the pair both went through brought them closer as they began to form a close friendship.

Are the pair simply friends who have both been through a tough time or is there more to their relationship than meets the eye?

Stu actor Bill opened up about the special bond the two characters have, telling Express.co.uk: “He is a bit of a father figure because I think when you sit, you saw he’d been on the streets for a while.

“He’s learned the way to handle himself on the streets, and when he met Kelly, you could see that she was a wonderful person, a young person and a woman as well. 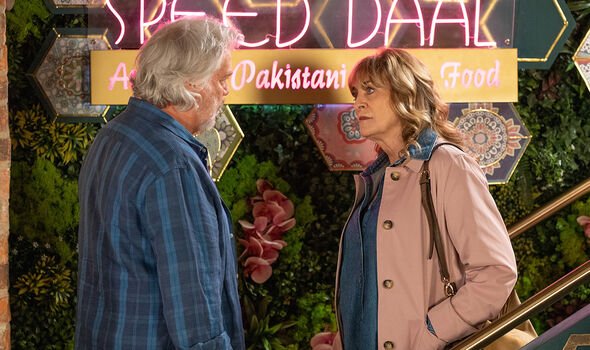 “Which is kind of, you know, there are lots of predators around, not all people, but people who have been a few drinks in the night.

“He’s very protective, and working with Millie was a joy. We really hit it off. I’ve said that a couple of times.

Stu has been hiding a dark secret from the people closest to him in Weatherfield – could it be Kelly’s connected to him?

Is there a chance Stu is connected to Kelly’s father, Rick Neelan (Greg Wood) and has been sent to watch over her after his death?

If Stu is related to Kelly, this could jeopardise their close nature and crush the young woman, who would be devastated to know he’d lied.

In upcoming scenes, Stu is set to face some difficult decisions after his ex-wife Lucy turns up on the cobbles and orders him to stay away from Bridget.

Yasmeen runs after Lucy, where she reveals some devastating news about Stu, leaving her to rethink her friendship with the chef.

The Speed Daahl chef has been Stu’s rock over the last couple of months and has even given him bigger responsibilities within the restaurant.

Stu recently slipped back into his old ways when Zeedan caught him drunk on his shift and promised to cover for him if Yasmeen asked.

However, not able to hide the guilt, Stu revealed to Yasmeen what had happened and understood if she wanted to let him go, but she understood it was a simple mistake and gave him a second chance.

Could this have been a mistake on her behalf?