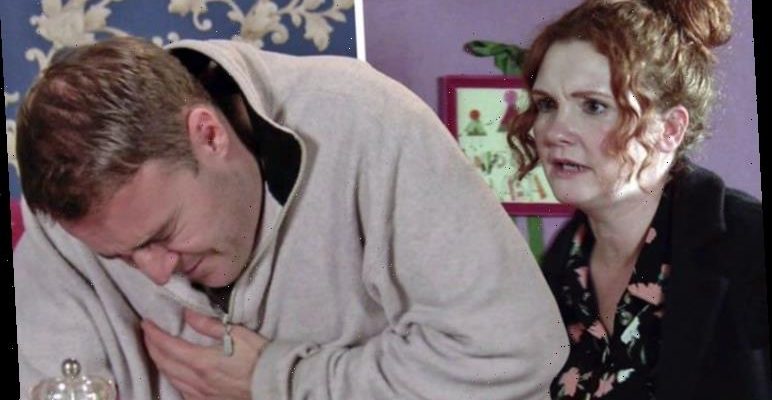 Tyrone Dobbs (played by Alan Halsall) and Fiz Stape (Jennie McAlpine) are gearing up to be the next Vera (Rachael Stirling) and Jack Duckworth (Bill Tarmey). In upcoming scenes of Coronation Street, the couple will get a new storyline arc which could’ve easily been written for the iconic couple. If a flirty Alina Pop (Ruxandra Porojnicu) wasn’t enough to worry about, the car mechanic will be rushed to the hospital after experiencing pains in his chest. Could this be the start of a new health concern for Tyrone and his family?

After failing to look after Gary Windass’ (Mikey North) furniture store last week, Tyrone and Fizz are at breaking point.

It comes after the mechanic got distracted by chasing Alina, that a thief raided the shop and left Gary £600 down.

As it was Tyrone’s fault, Fiz returns home and has to tell him they are now responsible for paying Gary back,

Fiz is furious with her husband and the two row over the stolen furniture, but the shouting stops when Tyrone suddenly grips his chest in agony and slumps to the floor. 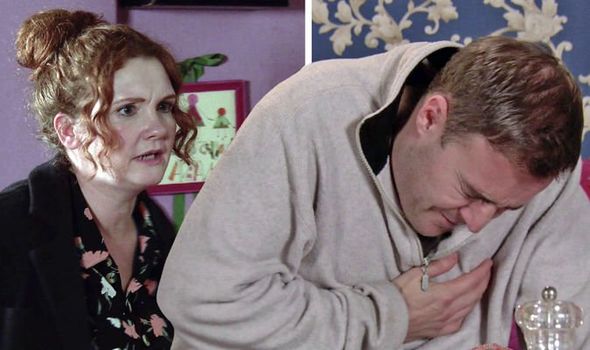 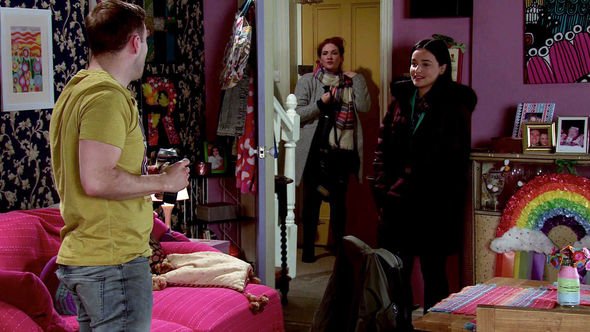 Shocked by the sight of Tyrone unresponsive, Fiz screams and his grandmother, Evelyn Plummer (Maureen Lipman) rushes in.

After calling an ambulance, the mechanic heads off to the hospital and Fiz and Evelyn are left waiting in A&E for news.

It isn’t long before Tyrone emerges looking very sheepish; he reveals that the pain was nothing more than heartburn.

Fiz is awash with relief, glad that is nothing serious, but Tyrone’s grandmother is not as understanding. 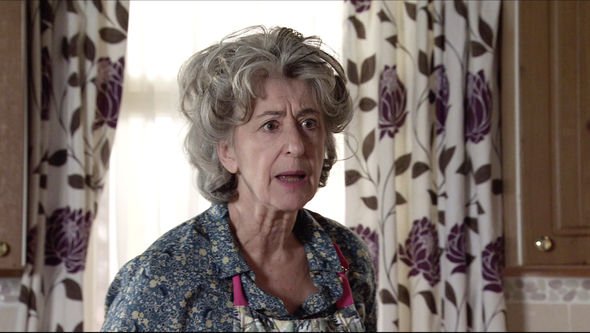 The battle-axe wastes no time in airing her thoughts; she can’t believe they’ve wasted an afternoon.

Back home, Fiz is determined to ensure the situation never happens again and that means overhauling their lifestyle.

The couple is regularly seen grabbing something tasty from Roy’s Rolls as well as the odd chippie dinner.

Evelyn is supportive of the idea and she and Fix discuss a new healthy regime for Tyrone. 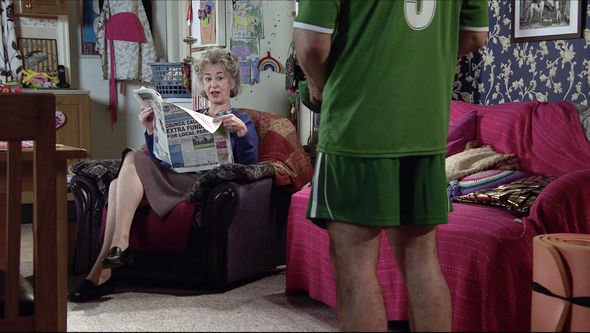 But it’s safe to say Tyrone doesn’t share their enthusiasm.

In a bid to be positive about the change, Tyrone orders a yoga mat and tells Fiz he’s booked some lessons in a bid to improve his health.

Instead of offering her support, Fiz rails at him for wasting money and when he sets off for his first lesson, the two ladies mock him.

Perhaps Tyrone isn’t telling his family the whole picture – and in fact, he does have a health concern he needs to do something about.

As for the yoga class, it wouldn’t be surprising if Alina ended up taking part in the exact same one.

Will the two bond over mountain pose?