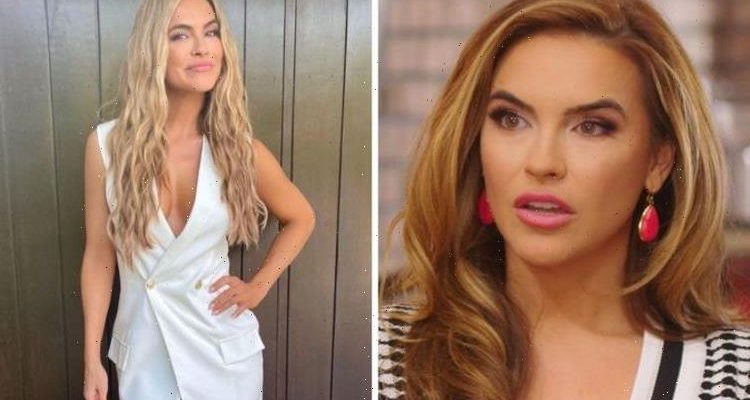 Chrishell Stause has been one of the main stars of Selling Sunset since the show first premiered in 2019 on Netflix. Now she’s back in season four, inviting fans to return to the glamourous life of one of LA’s best estate agents. It looks like Stause has it all, from jetting off to beautiful locations to dining with the Hollywood elite, but what exactly is the star’s net worth?

What is Chrishell Stause’s net worth?

Chrishell Stause looks to be returning to Selling Sunset in a big way for season four.

The next season will see The Oppenheim Group back doing what it does best, selling to the top one per cent and beating the competition in doing so.

Stause has been one of the estate agency’s best sellers, and with the job being on a commission-only basis, some fans have wondered just how wealthy the star is.

According to CelebrityNetWorth.com, Stause is worth $5 million (£4 million), putting her in the top half of earners for the company.

This is an impressive feat, especially considering she was the newbie of the group back in season one.

Fresh off getting her real estate licence, Stause joined The Oppenheim Group with big financial dreams, and it looks as though she has achieved them.

For comparison, Amanza Smith and Maya Vander are both estimated to be worth $1 million (£800,000).

Before making the move into real estate, Stause began her working career as an actress, appearing in soap operas such as Days of Our Lives, and The Young and the Restless.

In fact, the latter is where she originally met her ex-husband Justin Hartley, with the pair getting a much-televised divorce back in season three.

A lot has changed for Stause following the first season, with the star now dating Jason Oppenheim, the owner of the estate agency.

Speaking to US Weekly, Oppenheim said: “Chrishell and I became close friends and it has developed into an amazing relationship.”

Before sparking a romance with Oppenheim, Stause dated Dancing with the Stars pro dancer Keo Motsepe for three months between seasons three and four.

Stause and Oppenheim’s relationship will likely be a major plot of season four, as the dynamic of the group has changed significantly.

This is because brother Brett Oppenheim is no longer a part of the company.

While Netflix has credited him to appear, the former co-founder’s name can no longer be found on the website.

It was reported earlier this year that he had decided to strike it out on his own, establishing his new and solo brokerage firm venture.

Many fans assumed a rift had formed between the two brothers, but according to Vander this wasn’t the case.

Speaking to People, Vander said: “They are very similar personalities, so they still work on some stuff together, I know that for a fact.

“They get along very, very well. There’s nothing bad over there.”

How all this will play out for Stause remains to be seen, though there is no doubt that drama won’t be far behind.