Don’t Worry Darling has flooded headlines, the psychological thriller forcing critics onto the edge of their seats. The film’s offs-screen attention has similarly attracted attention after Chris Pine went viral following his interview at the Venice Film Festival. He has starred in a number of films, including The Finest Hours, which tonight airs on BBC Two. With the attention very much on his recent interview, previous, unearthed events have resurfaced, including the conspiracy theory that Pine, alongisde his acting work, is an erotica writer under the pen name Chuck Tingle.

Little is known about the unidentified author aside from what he claims on his website, namely, that he has Asperger’s syndrome, a doctorate in holistic massage and a son named Jon.

The conspiracy began on Twitter in 2017 when an innocent user replied to a general prompt asking for surprising and positive revelations about celebrities.

Writer Dana Koster explained that, as a student, she had taught an erotica writing class while attending the University of California, Berkeley, in 2002 — a year before Pine would receive his first acting role.

She noted that Pine attended her course and gushed: “He is a fantastic writer and was never creepy even though we were all constantly discussing sex.” 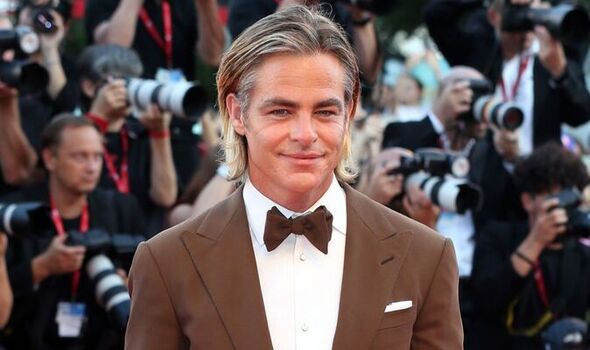 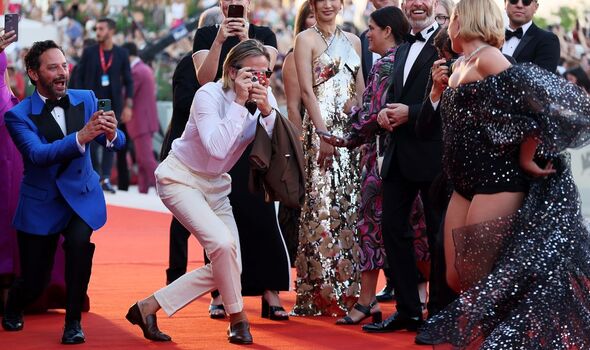 The claim was enough for fans to link Pine to the erotica writer, although comments on social media regarding the theory indicate most simply find it “fun to imagine” while doubting there is any truth to it.

Although the conspiracy originally sprouted years ago, it grew to proportions not seen when Tingle, earlier this year, tweeted praise for the Dungeons and Dragons film trailer in which Pine stars.

While Pine is yet to respond to the conspiracy, Tingle has appeared to provoke the rumours, tweeting: “Just saying if someone was to ask handsome Chris I predict he would blink four times just a theory.”

In light of the somewhat confusing rumours, old images of Pine have also started recirculating with his infamous flip phone, comedically captioned: “Chris Pine trying to keep up with Don’t Worry Darling news on his flip phone.”

The actor has only recently upgraded to a smartphone after years of proclaiming his dislike for the technology, telling MTV’s Josh Horowitz that he “may immediately go back to a flip phone. I don’t know if my soul can handle it.” 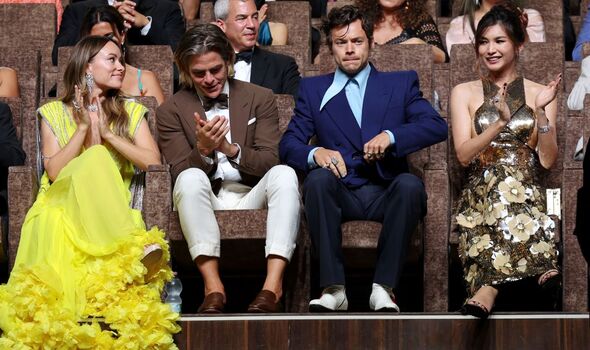 Two years’ worth of alleged turmoil, feud and scandal have plagued the film Don’t Worry Darling, but 42-year-old Pine managed to stay out of the headlines until the very last moment.

He sat between co-star Harry Styles who is dating director Olivia Wilde, as the couple kept a strategic distance throughout the entire premiere.

When Styles sat next to Pine, fans were convinced that they spotted the former One Direction member spit on his co-star.

What has since been dubbed Spitgate took the internet by storm but Pine’s representative told E! News that this was a “completely fabricated exchange”.

A few days later, Styles even joked during his tour performance in New York: “I just popped very quickly to Venice to spit on Chris Pine.”

Clips of Pine and Styles being interviewed together at the premiere also made the rounds as the veteran actor began to visibly dissociate while his co-star answered certain questions.

One particular moment in a junket interview with Fred Film Radio saw Styles comment: “My favourite thing about the movie is it feels like a movie.”

As Styles answers the question, Pine sits almost entirely motionless, staring into the distance, with Twitter users titling the moment as Pine “reconsidering all his life choices”.

In light of the vicious rumours fueled by anonymous sources, 40 crew members from the film have signed a statement fighting against the gossip surrounding Don’t Worry Darling.

Deadline reported that the statement read: “As a crew, we’ve avoided addressing the absurd gossip surrounding the movie we’re so proud of, but feel the need to correct the anonymous ‘sources’ quoted in a recent article.” 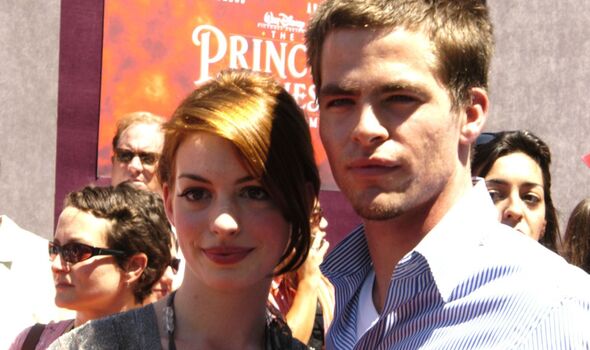 “Any allegations about unprofessional behavior on the set of Don’t Worry Darling are completely false. Olivia is an incredible leader and director who was present with and involved in every aspect of production. She ran this set with class and respect for everyone involved.

“We are happy to put our names on this, as real people who worked on the film, and who have witnessed and benefitted from the collaborative and safe space Olivia creates as a director and leader. We’re also thrilled that the movie is in theaters this weekend. We can’t wait for you to see it on the big screen.”

Drama aside, Don’t Worry Darling received a five-minute standing ovation at the Venice Film Festival, indicating it would be a ‘must-see’ for audiences.

The film was released on September 23 with the distributor Warner Bros hoping for roughly $17million in the opening weekend. It overshot this goal and earned $19.2million in North America alone.