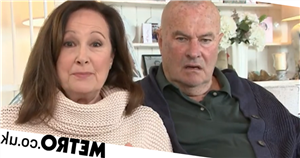 The Bill star Chris Ellison has been applauded by Good Morning Britain viewers for raising awareness of aphasia.

The former actor, who is best known for playing DCI Frank Burnside on the beloved show, has been diagnosed with the same speech debilitating illness as Hollywood action movie Bruce Willis.

The condition has affected his cognitive abilities, with the NHS stating that it is more common in people over the age of 65.

Chris joined the ITV programme alongside his wife Anita, who spoke for him for the majority of the interview.

When presenter Richard Madeley asked the actor whether he felt better now people are aware of his aphasia, Chris struggled to reply.

‘Well, I don’t know,’ he started to stay, with Anita stepping in to say: ‘For me, I’ve seen a great change in Chris. He was immediately lifted because I explained what I was going on. 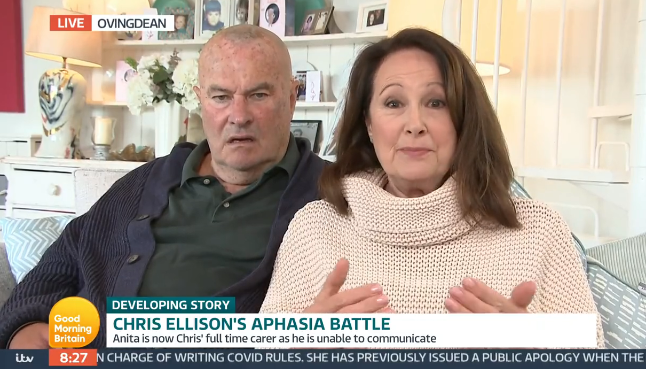 ‘At first, he didn’t want to go on TV or want anyone to know, and then I said to him, now everyone will know… now hopefully [people] will understand.’

Viewers praised Chris and Anita for shining a light on the medical condition and were incredibly moved by their appearance, which was their first television interview since going public.

‘Well done Chris and Anita for highlighting this condition,’ wrote one.

‘I was told my husband could have this post catastrophic stroke in February 2020 but he was so lucky he didn’t. He does struggle with his speech, but we work on things all the time. Chris is doing amazing as are you Anita.’

‘Chris & Anita Ellison what a wonderful awareness raising interview,’ another added. ‘I’ve worked with people with aphasia in groups & 1:1. They are still very much their humorous and fun personalities but just can’t articulate, or recall the right or order of words.’

Last week, it was announced that Bruce Willis would be ‘stepping away’ from his acting career due to ill health.

Disclosing the news on social media, his family said it had been a ‘really challenging time’ for them and thanked fans for their ‘continued love, compassion and support’.

‘To Bruce’s amazing supporters, as a family we wanted to share that our beloved Bruce has been experiencing some health issues and has recently been diagnosed with aphasia, which is impacting his cognitive abilities,’ a statement shared on Instagram read.

‘As a result of this and with much consideration Bruce is stepping away from the career that has meant so much to him.’

Good Morning Britain airs weekdays from 6am on ITV.