CHLOE Green went jet skiing with Lewis Hamilton as she continued to enjoy her never-ending holiday in the South of France.

The heiress, 28, has invited the Formula 1 ace and his brother Nicolas to join her on board her luxury yacht – weeks after she was pictured kissing Monte Carlo's polo captain Rommy Gianni on the lavish vessel. 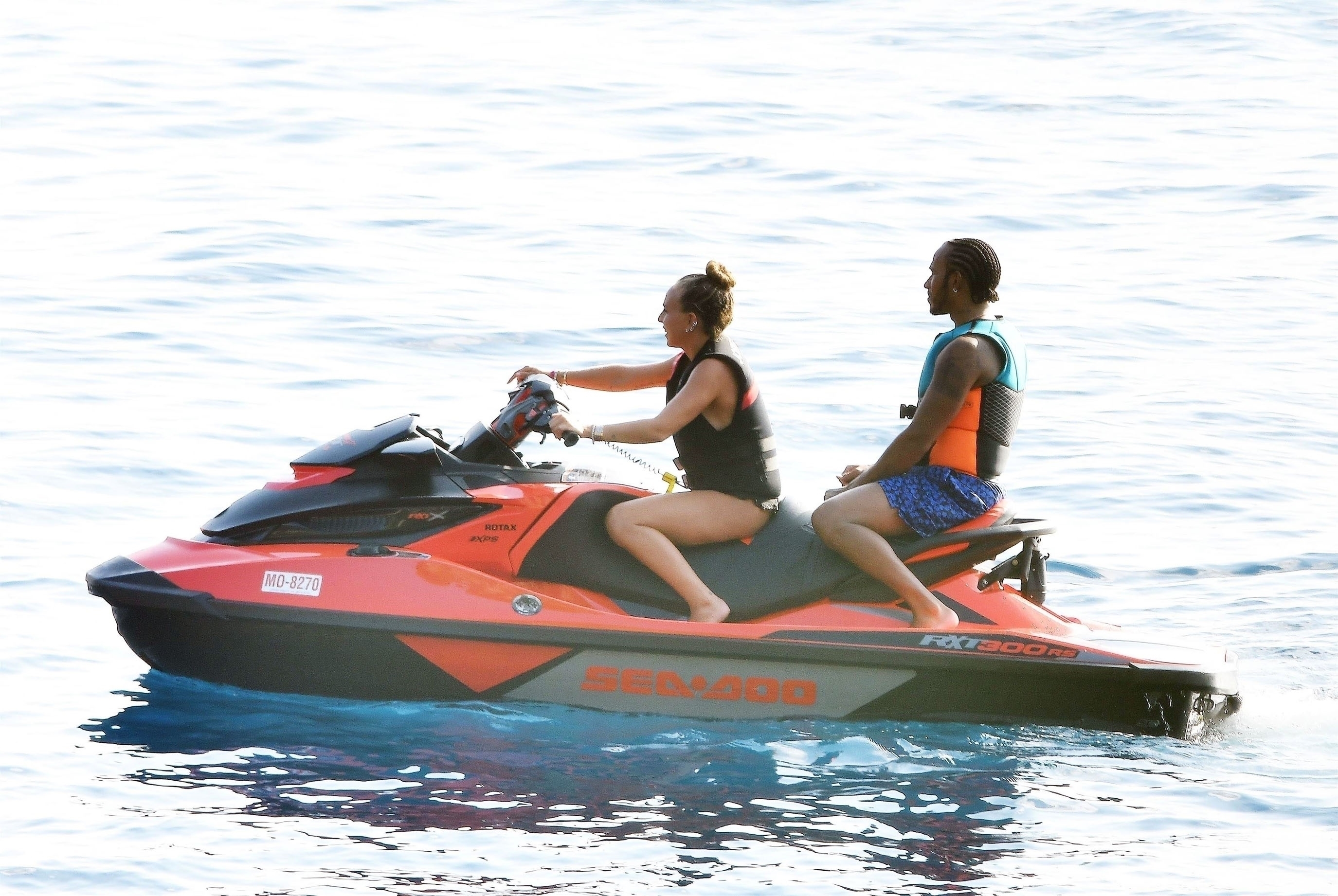 The mum-of-one took the lead as she steered the jet ski, while Lewis kicked back and took in the incredible views.

The racing ace, 34, has been taking a well-earned break from his racing duties after finishing second in his latest race in Belgium.

Meanwhile, Chloe showed off her washboard abs as she relaxed and topped up her tan in a black string bikini on board dad Sir Phillip Green's £125 million boat.

The trip comes after the star appeared to confirm her split from Jeremy Meeks by smooching Rommy. 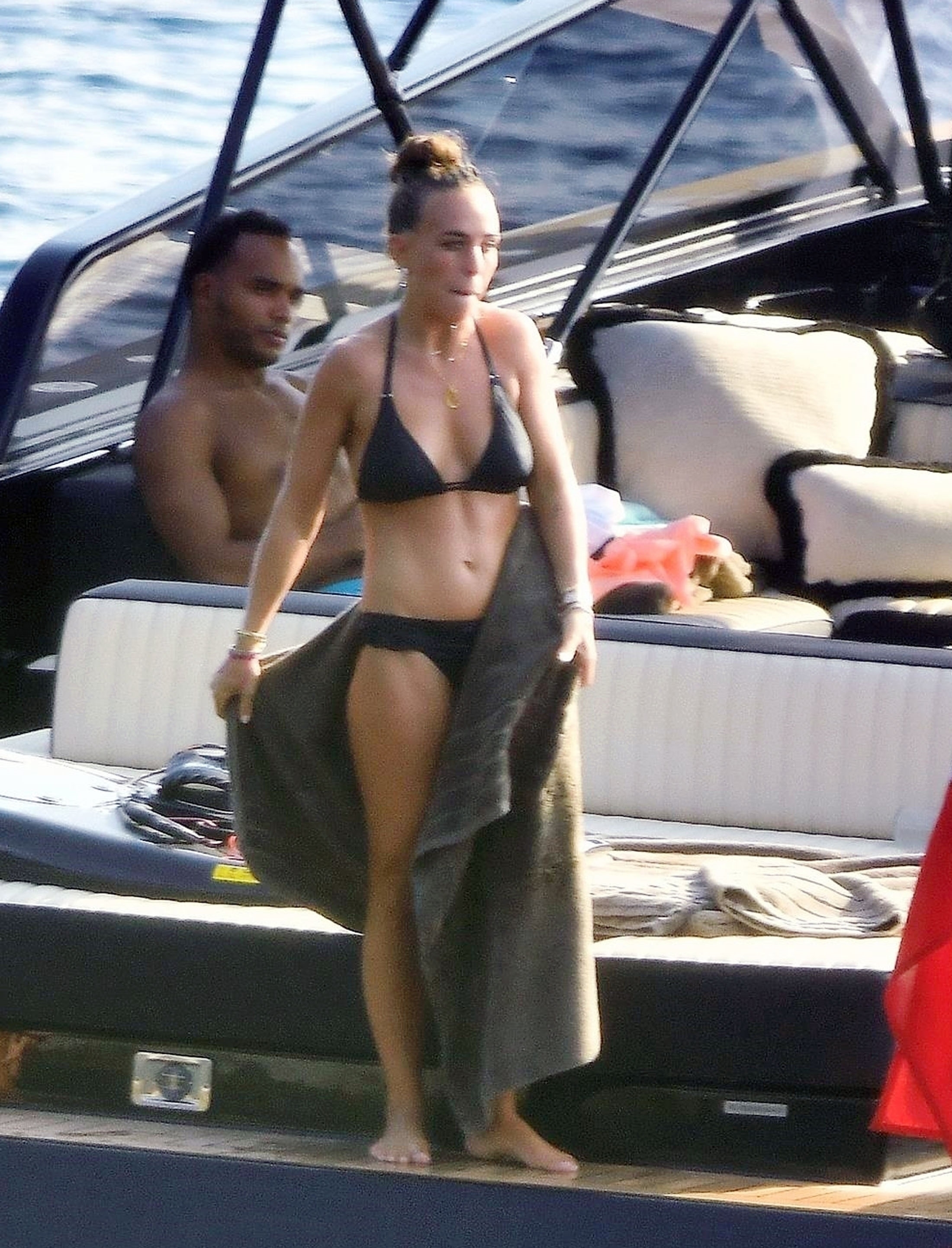 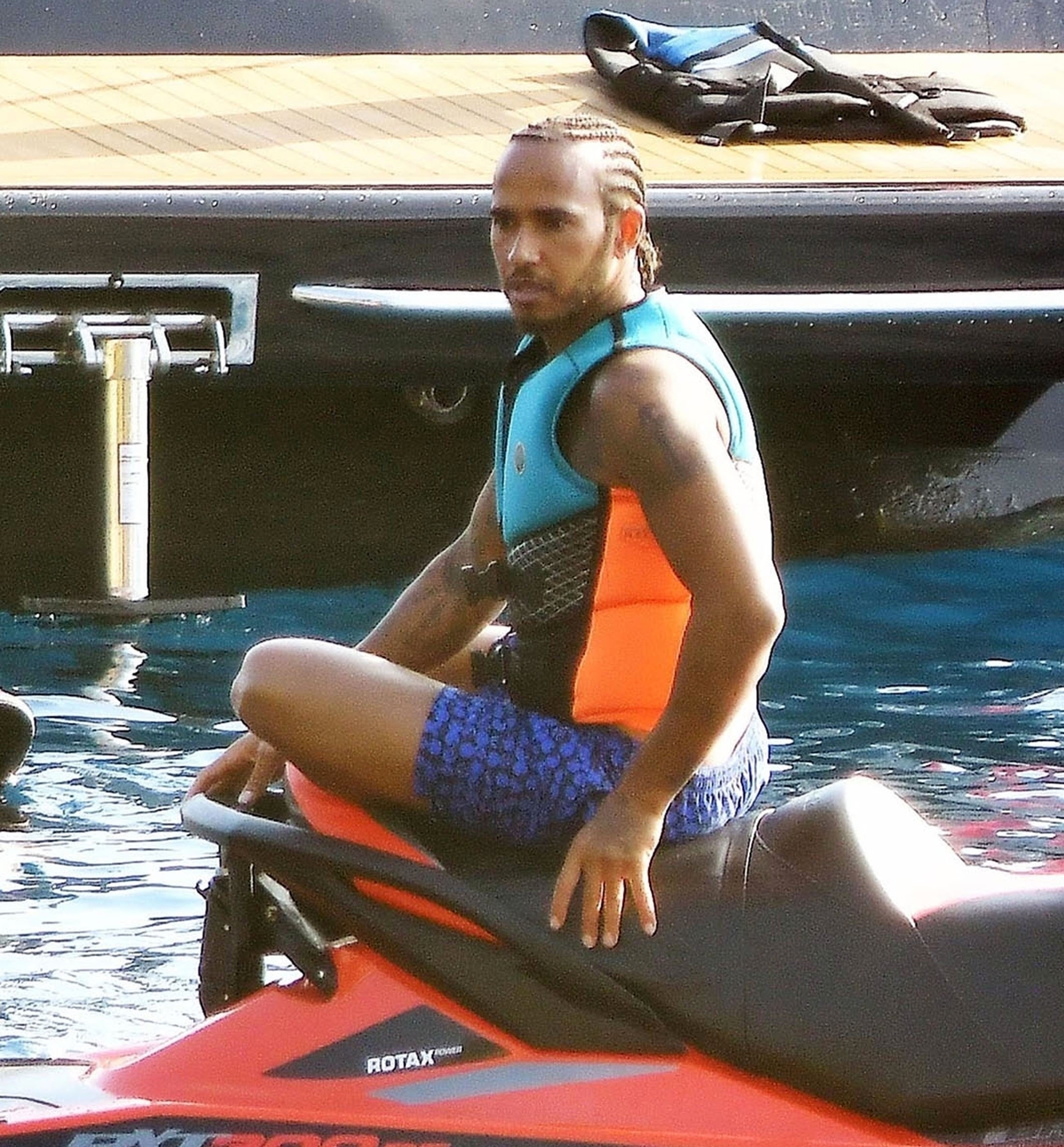 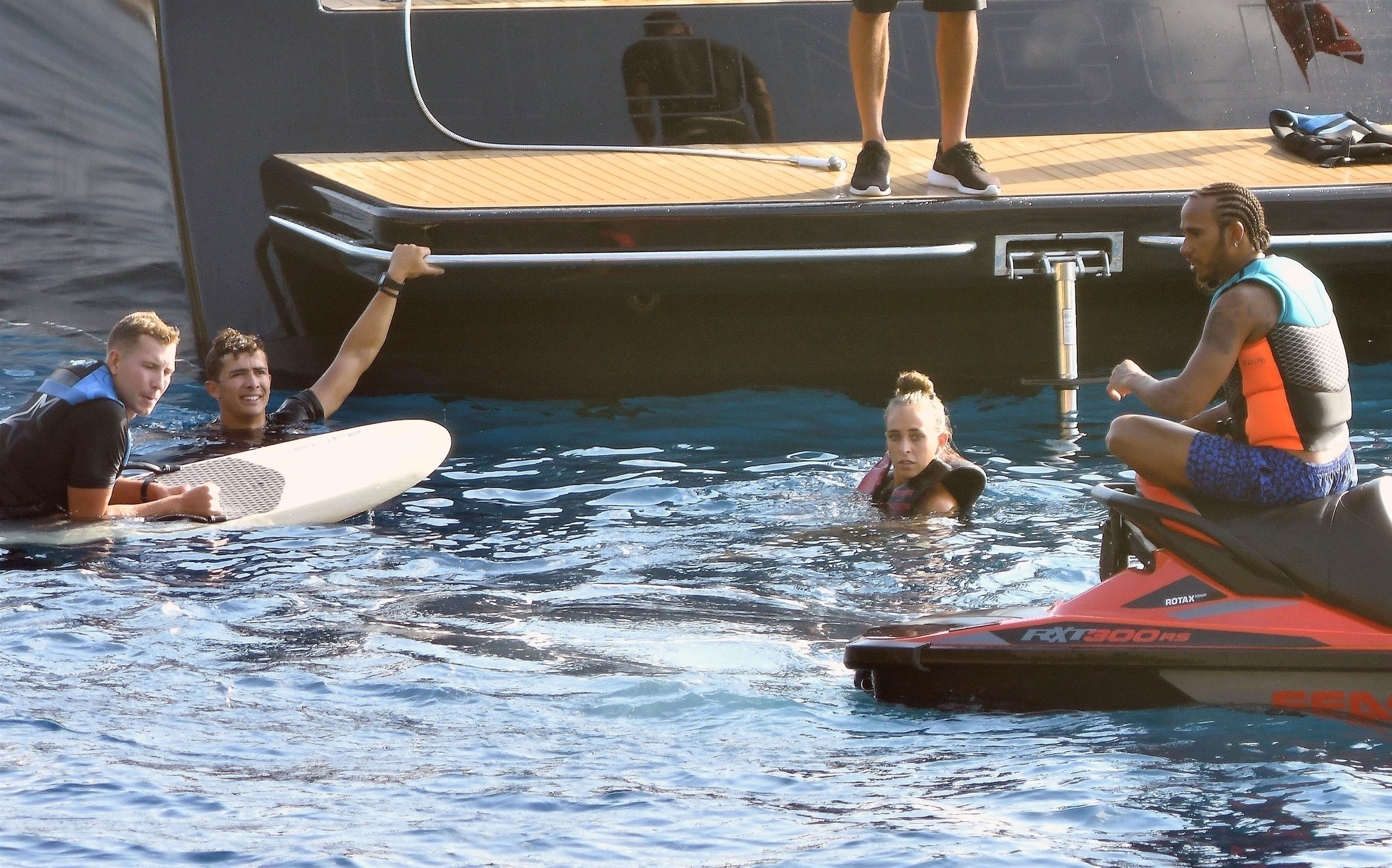 Chloe's relationship with "hot felon" Jeremy has seemed on and off over recent months – with Chloe’s engagement ring often being absent.

It’s claimed that Jeremy – who shares son Jayden with Chloe – was surprised to see pictures of Chloe with another man.

In May Jeremy was pictured cosying up with model Andreea Sadu at the Cannes Film Festival.

It came two months after shared a heartfelt tribute to Chloe on her birthday, which she did not respond to. 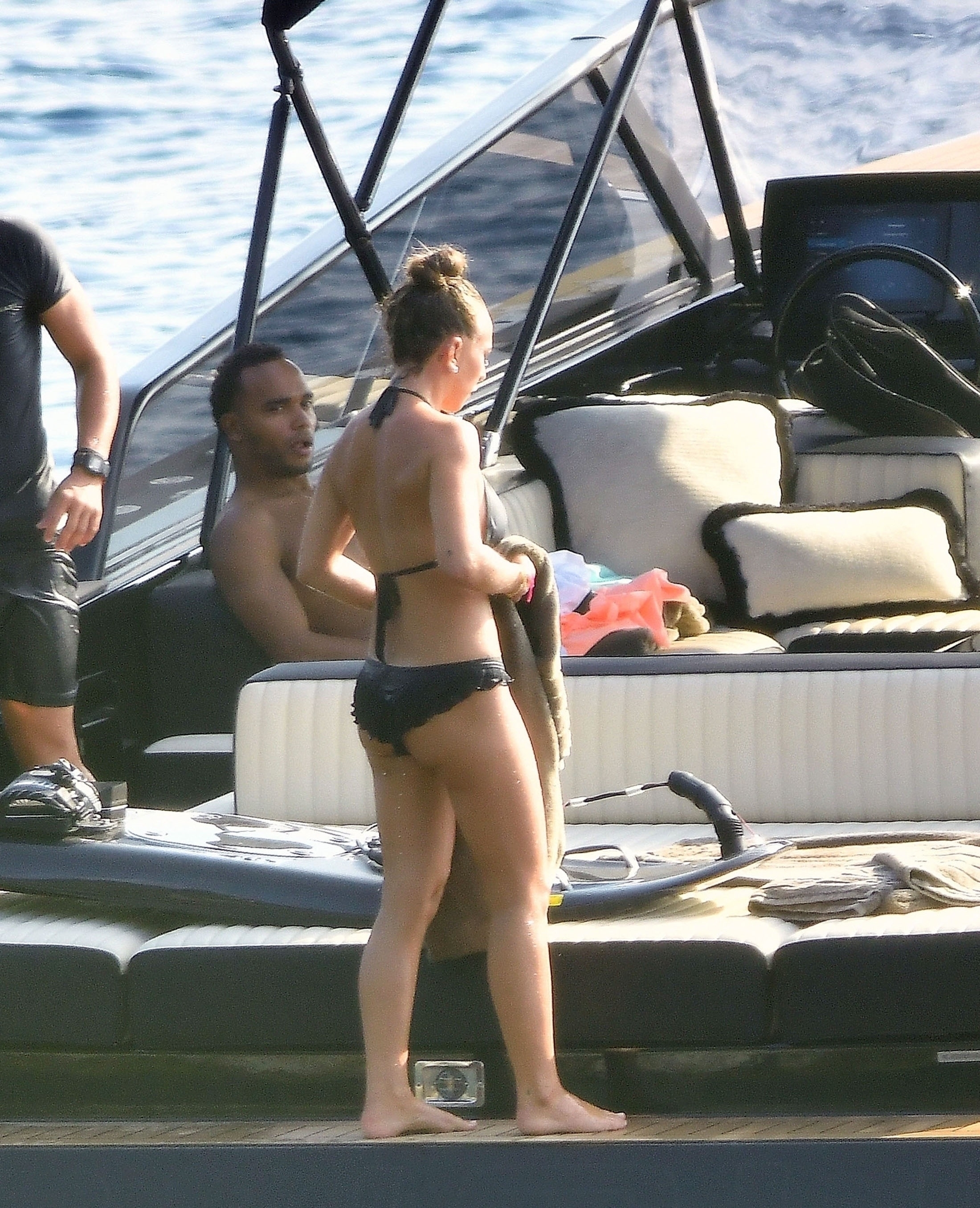 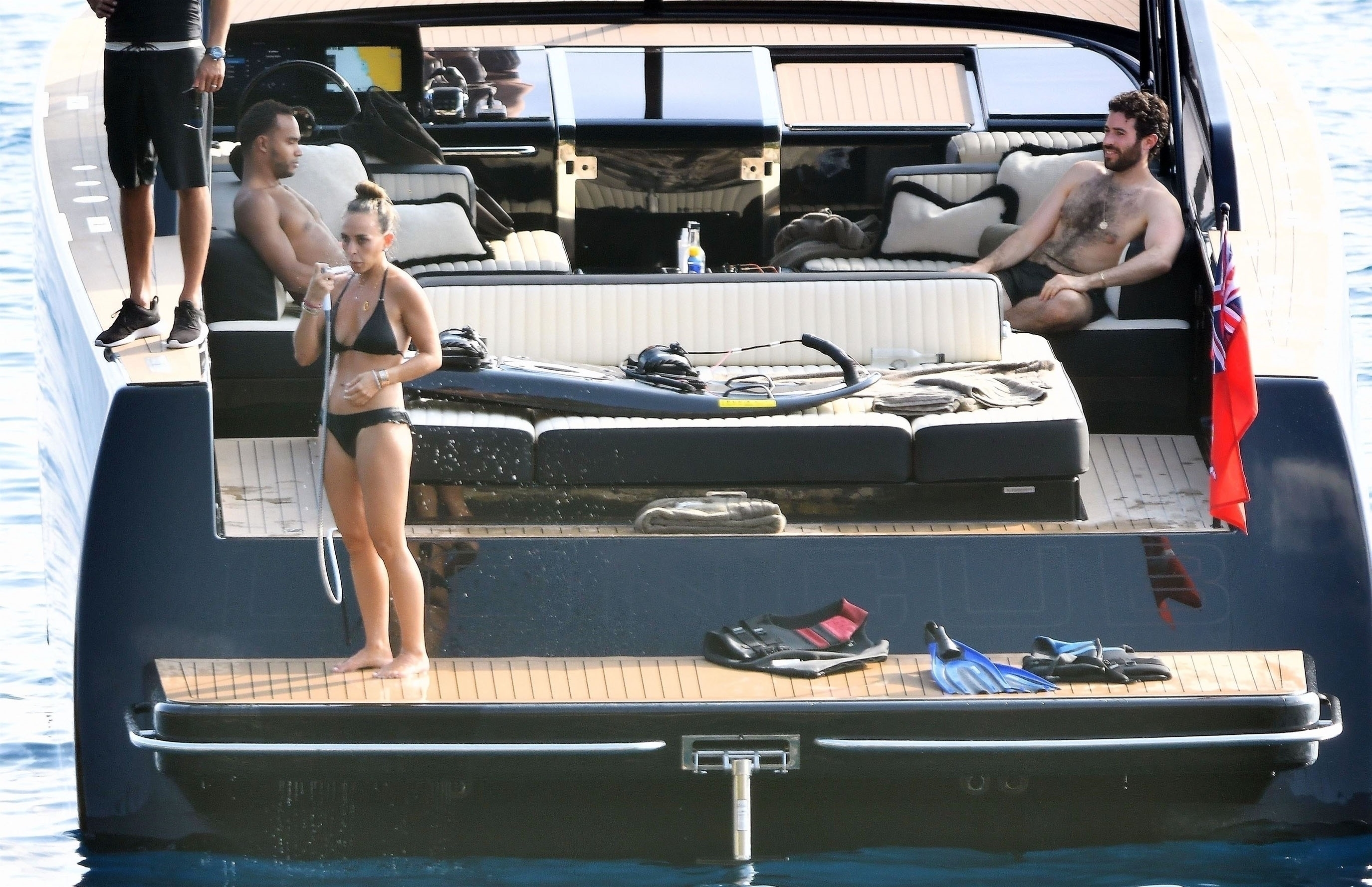 The couple met two years ago and were inseparable from the get go.

They got engaged last year, and welcomed their first child together in May 2018.