Chicago PD fans have been left bereft following the sad news that one of the police procedural’s original stars will be bowing out soon.

Jesse Lee Soffer, who has been portraying Detective Jay Halstead since the NBC series exploded onto screens back in 2014, has announced that he will be departing early on in the upcoming tenth season.

In a statement shared with Variety, the 38-year-old actor said: “I want to thank the incredible fans for their unwavering support during the past 10 years and want to express my deepest gratitude to Dick Wolf and everyone at Wolf Entertainment, Peter Jankowski, Matt Olmstead, Derek Haas, Michael Brandt, Rick Eid, Gwen Sigan, NBC, Universal Television, my fellow castmates and our incredible crew.”

MORE: Remembering the One Chicago stars who have sadly passed away

He continued: “To create this hour drama week after week has been a labor of love by everyone who touches the show. I will always be proud of my time as Det. Jay Halstead.” 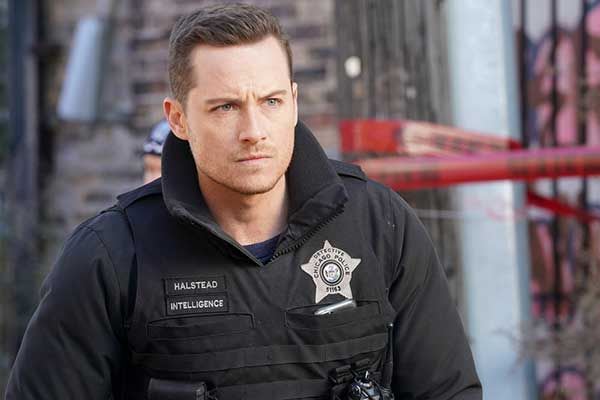 Jesse Lee Soffer is bowing out of the show this fall

Taking to Twitter after the news was made public, he then shared a few words more with his fans. “This is sad but true. Just want all the fans to know how grateful I am,” he wrote. “You guys are why we do it! It has been an honour. Love you all.”

Fans were quick to respond, with many flooding the comments with support for Jesse and his decision. One wrote: “This is really sad. But I hope you know how extremely grateful we are that you’ve been acting your heart out for the last 10 seasons. We love you and Jay Halstead so very much.”

Another said: “As it saddens us all to see you leave the show, we are very fortunate that you have dedicated 10 years of your time to play Jay Halstead. You will be missed, I wish you luck on the next project you do and hope everything is fine with you and your family.”

Jesse has appeared in all 187 episodes of the show since it began airing almost ten years ago and has even made cameos in sister shows Chicago Fire and Chicago Med, as well as another one of Dick Wolf’s shows, Law & Order: SVU.

The series has focused on his character since the beginning and chronicled his career rising through the ranks of the police force. Viewers have watched as he’s become the right-hand man of Jason Beghe’s Sergeant Hank Voight and married a fellow officer, Hailey Upton, played by Tracy Spiradakos.