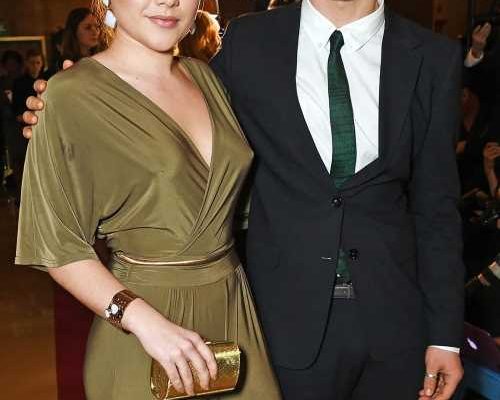 The Little Women star (and Oscar nominee!) has a big brother in the business who has appeared on Game of Thrones as Trystane Martell. Hill considers his little sister his personal hero, and even has a tattoo dedicated to her!

“People think I’m being over the top. I’m dead-ass serious,” Hill told WSJ. Magazine of his admiration for his sister. “The things I struggle with, she had knocked down when she was 14.” Maggie and Jake shared the screen in 2001, when they played siblings in Donnie Darko. Liam and Chris are two of the best-looking brothers in Hollywood, and they both have some seriously impressive action hero roles under their belts. Liam starred in The Hunger Games as Gale Hawthorne, while Chris plays Marvel superhero Thor in the Avengers movies. There are just four years between these talented sisters! Dakota and Elle have been acting since they were both young. Elle even played a younger version of 7-year-old Dakota in I Am Sam in 2001. They’ll put their talents together when they star alongside one another in The Nightingale. MacLaine’s younger brother is also an actor, on top of being a writer and director. The pair have never worked together on film, but have each enjoyed successful careers. Twins Mary-Kate and Ashley — who debuted as babies on Full House and essentially invented the concept of a celebrity empire in the early ’00s — have been focused on the fashion scene, while their little sister, Elizabeth is starring as Scarlet Witch in the Avengers movies and WandaVision. Emily is best known for her role as Dr. Temperence on Bones, while younger sis Zooey starred in the sitcom, New Girl. With a mom like Meryl Streep, it’s no wonder that Mamie and Grace Gummer joined the family business. Mamie recently acted in True Detective and Grace enjoyed a role on Mr. Robot. Ben and Fred Savage both started acting when they were very young, with Ben starring in Boy Meets World and Fred starring in The Wonder Years. These brothers aren’t afraid of some artistic collaboration! They’ve acted in four films together, Bottle Rocket in 1996, The Royal Tenenbaums in 2001, The Wendell Baker Story in 2005, and Around the World in 80 Days in 2004. Ralph is the oldest of his siblings, which include fellow actor Joseph. Both stars maintain a busy schedule: Joseph currently stars in Handmaid’s Tale, while Ralph has starred in plenty of film projects, including his role as Voldemort in Harry Potter. Both men are sons of actor Martin Sheen. Estevez got his start as a member of the “Brat Pack”, starring in movies like St. Elmo’s Fire and The Breakfast Club, while Sheen acted in films like Platoon and Wall Street. Siblings who act together, stick together. Joshua made his first appearance on Jessica’s TV series, Dark Angel, and in 2019, the brother-sister pair had roles on L.A.’s Finest. Casey has said of his big brother, Ben, “There are a lot of things I’ve learned from him. He’s a very smart guy, good director.”

Both of the Affleck brothers have acted and directed in their careers, and between them they have three Academy Awards.