Celebrity MasterChef 2019 viewers were up in arms this evening as the new group of celebrities arrived in the kitchen. Hosts Greg Wallace and John Torrode challenged the stars with making a burger first and foremost. With a collection of meat and vegetable options available to them, the challenge was fairly open. But Martha Reeves’ burger preparation left viewers a little hot under the collar.

Whilst picking out her ingredients Martha struggled to decide on which meat she wanted to use.

Looking at the assortment of meats, she eventually said: “Yeah, turkey. I can work with that.”

After picking up a huge leg piece of turkey, she went on to pick out her buns.

But when she chose her bun she put it on top of the raw turkey. 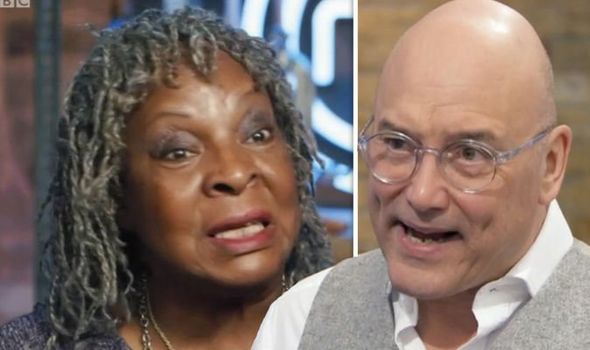 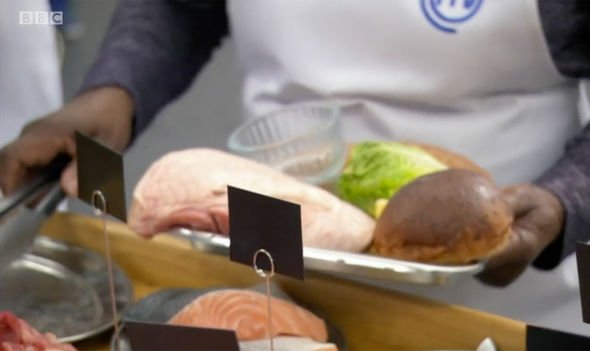 Fans of the show that were watching live were utterly furious at the apparent contamination, and began speaking out wildly on Twitter.

One fan asked: “Were they putting bread next to raw meat on those trays? #CelebrityMasterChef.”

While a third chimed in: “Putting bread next to raw meat is a big no no… #CelebrityMasterchef.” 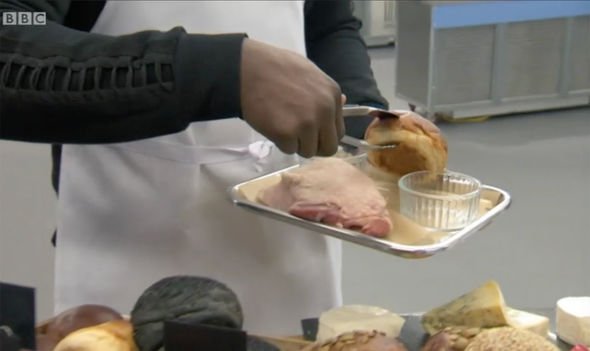 Unfortunately for her, her burger was not quite up the standards Gregg and John were looking for.

Martha did go on to perform well in the restaurant stage, though, leaving her a fighting chance to make it to the final.

Last week’s edition of the show saw Dom Parker getting injured during the restaurant stage.

Whilst cooking a collection of scallops Dom burned his hand.

As the chef spotted Dom recoiling away form the frying pan, he asked: “Are you alright? Did you just burn yourself? Let me just see.”

The show voiceover then revealed Dom had to be taken off the challenge.

The voiceover announced: “Chef has no choice but to take Dom off service.”

After the restaurant challenge Dom spoke to the cameras about how upset he was leaving the challenge.

He said: “I’m very disappointed that I didn’t finish the whole challenge because it was really very exciting.”

Celebrity MasterChef continues Wednesday at 8pm on BBC One.