BRITNEY Spears has been accused of a Photoshop fail by fans as she tried to recreate her Baby One More look 21 years later.

The 37-year-old slipped into a plaid pleated skirt and white cropped shirt reminiscent of the iconic outfit – but her followers were more concerned with the wrapped bathroom drawers behind her. 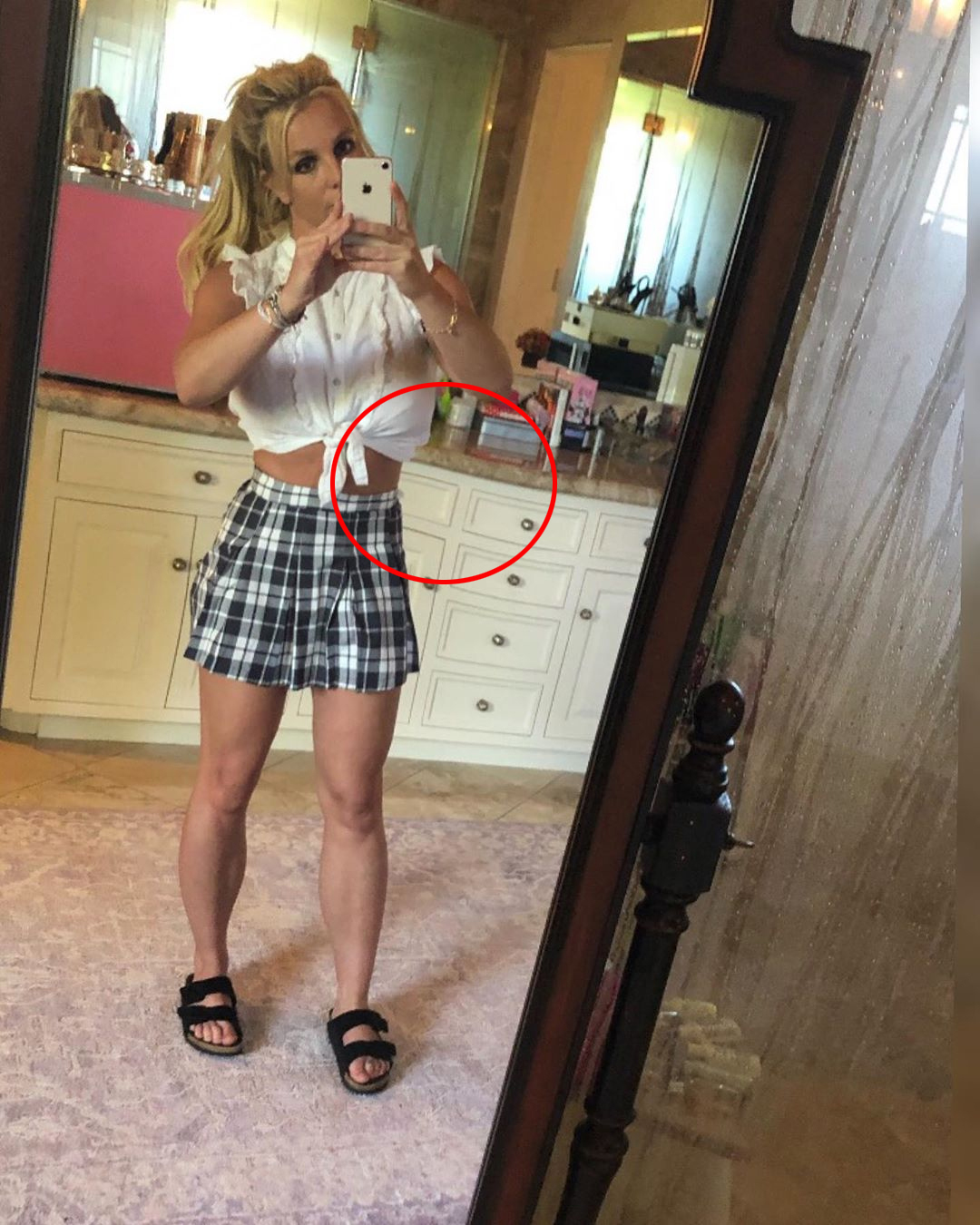 Commenting on the picture, one person wrote: “Not trying to be mean but you can obviously tell you photoshopped your waist.”

A second commented: “When you edit your pics to make your hips look slimmer you need to work on fixing the background.”

While a third remarked: “If you’re gonna edit your photos, might as well do it right. Just sayin.”

Brit first wore the famous outfit when she was just sixteen for the music video for her first song Baby One More Time. 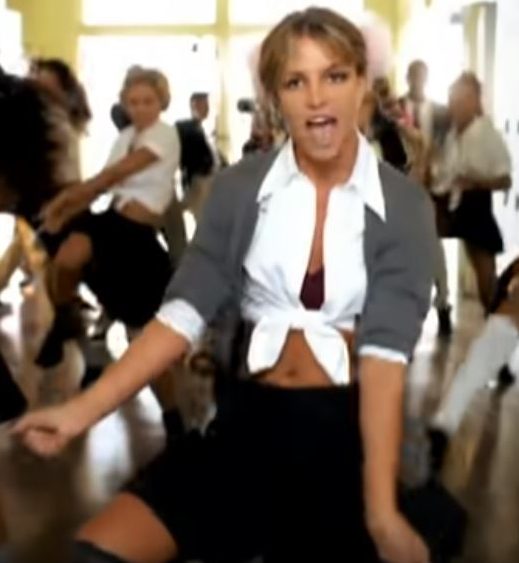 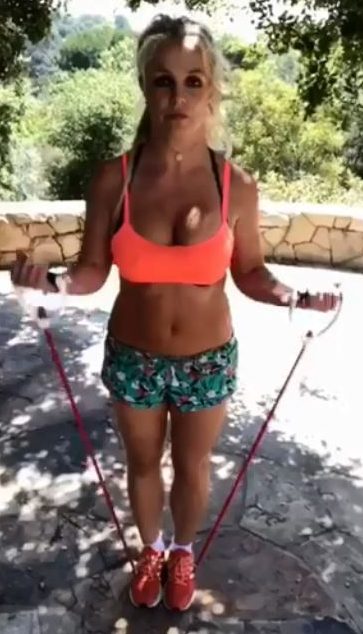 Her latest picture comes after she claimed that there is a conspiracy to make her look "fat" – and photographers are editing her bikini pictures.

The singer insisted she was as “skinny as a needle” in a video as she posed in a bikini.

She said: "Hello, and please don't judge me – I look haggard right now.

"But my question to all of you is: A lot of fans in our world today always criticise people and say their pictures and videos they are posting are either not on time or they're fake. 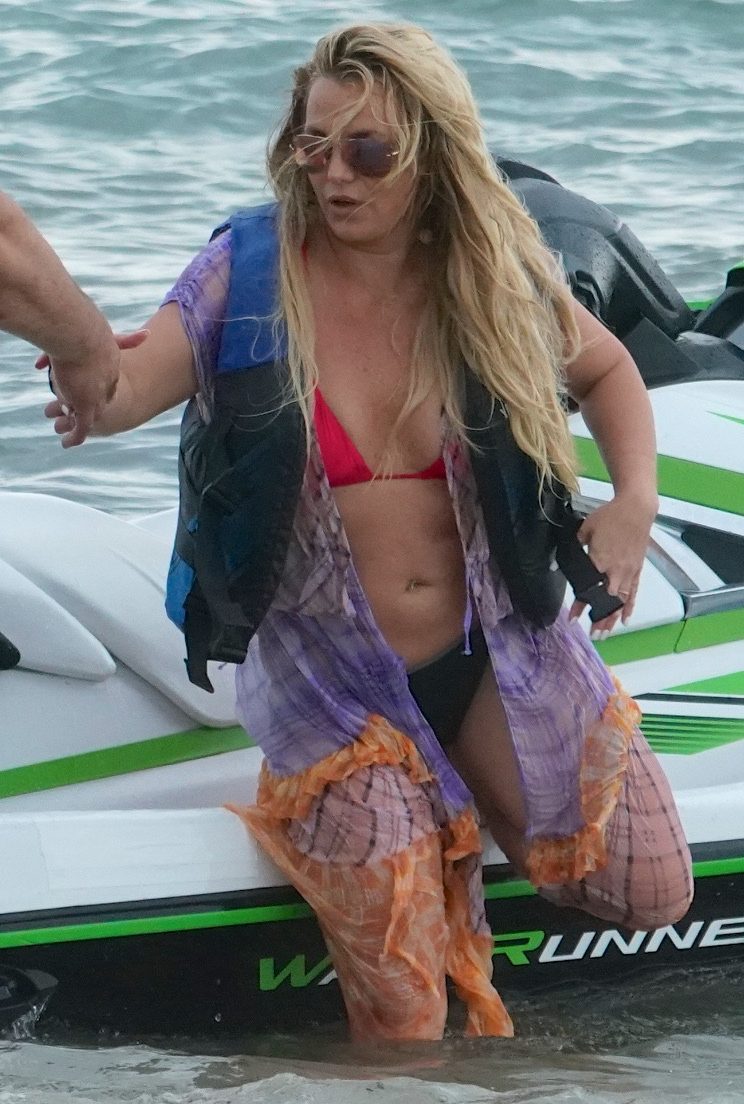 "But noone ever really asks are the paparazzi pictures fake? And do the paparazzi do stuff to the pictures? And is the news really real?

"It's a conspiracy theory that I am actually interested in."

She continued: "Yesterday I went swimming, I look like I am 40lbs bigger than I am today.

"This is how I am right now, and I am as skinny as a needle.

"You tell me what is real."

She later told fans she had lost 3lb in weight thanks to a gruelling exercise regime.

Britney has been battling personal issues in recent months and has been spending time in a wellness centre and therapy sessions.