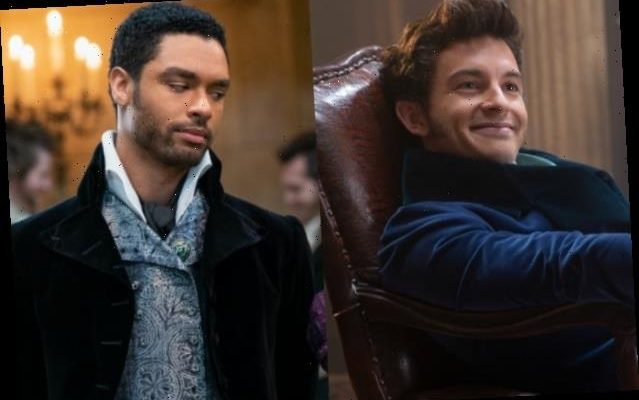 Now that Daphne and Simon are settled, here’s who the ton will be gossiping about 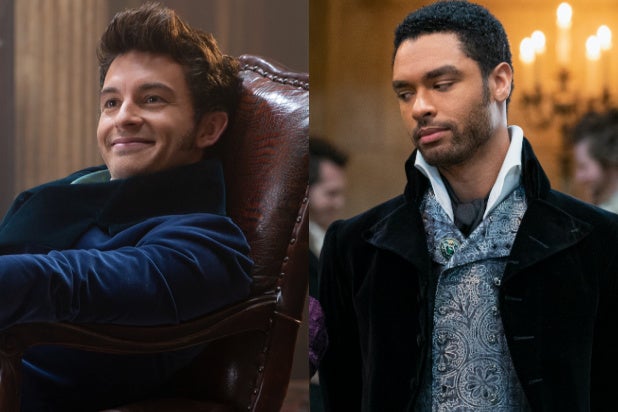 Netflix’s “Bridgerton” has been a hit for the streaming service since the Shonda Rhimes-produced romance series debuted on Christmas Day. And following the April 2 announcement that star Rege-Jean Page will not appear in the show’s upcoming second season, TheWrap thought we’d give all of you adoring “Bridgerton” viewers an explainer about the plot for Season 2, in order to shed some light on why Page’s fan-favorite character is not included.

What you probably know by now is that the first season of “Bridgerton” was adapted by series creator Chris Van Dusen from author Julia Quinn’s novel, “The Duke and I,” which follows the love story of Daphne Bridgerton (played by Phoebe Dynevor on the series) and Simon Basset a.k.a. the Duke of Hastings (Page). But what you might not know is that book is the first in a series of eight, each one devoted to a different Bridgerton sibling.

So while “Bridgerton” Season 1 focuses heavily on Daphne and Simon’s romance — and their happy ending — Van Dusen told TheWrap in December that he would, ultimately, like to explore the stories of all the Bridgerton brothers and sisters.

And it turns out that is what the show will be doing in its second season, which goes into production this month  and focuses on the love life of Daphne’s brother, Anthony, the eldest Bridgerton sibling, who is played by Jonathan Bailey on “Bridgerton.”

This means Van Dusen and Rhimes are keeping in step with the order of Quinn’s “Bridgerton” novels, as Book 2, “The Viscount Who Loved Me,” is all about Anthony.

Now that you know all that, the Friday announcement that Page will not appear on Season 2 might make more sense.

“It’s a one-season arc. It’s going to have a beginning, middle, end – give us a year,” Page, who had only signed on and been contracted for the first season of “Bridgerton,” told Variety Friday of his early conversations with Rhimes and other producers about joining the show in the role of Simon. “[I thought] ‘That’s interesting,’ because then it felt like a limited series. I get to come in, I get to contribute my bit and then the Bridgerton family rolls on.”

Page added: “One of the things that is different about this [romance] genre is that the audience knows the arc completes. They come in knowing that, so you can tie people in emotional knots because they have that reassurance that we’re going to come out and we’re going to have the marriage and the baby.”

Though Page is not appearing on Season 2, Dynevor will continue on “Bridgerton” in her role as Daphne, remaining a vital part of the series, and Page’s Simon will also continue to live on within the “Bridgerton” world as Daphne’s husband, an individual with knowledge of production tells TheWrap.

Netflix left “Bridgerton’s” anonymous narrator, Lady Whistledown, make the announcement Page was leaving the show herself in a statement via the show’s social media accounts: “Dear Readers, while all eyes turn to Lord Anthony Bridgerton’s quest to find a Viscountess, we bid adieu to Regé-Jean Page, who so triumphantly played the Duke of Hastings. We’ll miss Simon’s presence onscreen, but he will always be a part of the Bridgerton family. Daphne will remain a devoted wife and sister, helping her brother navigate the upcoming social season and what it has to offer – more intrigue and romance than my readers may be able to bear. Yours truly, Lady Whistledown”

“Pleasure and a privilege! An honour to be a member of the family – on and off screen, cast, crew and incredible fans – the love is real and will just keep growing,” Page wrote in a quote-tweet of the statement.

Representatives for Page did not immediately respond to TheWrap’s request for further comment Friday.

Here’s the description for “The Viscount Who Loved Me,” from Quinn’s “Bridgerton Collection Volume 1”:

“The season has opened for the year of 1814, and there is little reason to hope that we will see any noticeable change from 1813. The ranks of society are once again filled with Ambitious Mamas, whose only aim is to see their Darling Daughters married off to Determined Bachelors. Discussion amongst the Mamas fingers Lord Bridgerton as this year’s most eligible catch, and indeed, if the poor man’s hair looks ruffled and windblown, it is because he cannot go anywhere without some young miss batting her eyelashes with such vigor and speed as to create a breeze of hurricane force. Perhaps the only young lady not interested in Lord Bridgerton is Miss Katherine Sheffield, and in fact, her demeanor toward the viscount occasionally borders on the hostile. And that is why, Dear Reader, This Author feels a match between Anthony Bridgerton and Miss Sheffield would be just the thing to enliven an otherwise ordinary season. – Lady Whistledown’s Society Papers, 13 April 1814”

In February, Netflix revealed that “Sex Education” alum Simone Ashley will star alongside Bailey in Season 2 of “Bridgerton,” playing Kate Sharma, the main love interest for Anthony. Per Netflix, Kate is described as “a smart, headstrong young woman who suffers no fools-Anthony Bridgerton very much included.” As you can see, the character’s name has been changed from Kate Sheffield in the book to Kate Sharma, as the “Bridgerton” creative team previously decided her family would be of Indian descent and changed her surname.

In case you were wondering, here is the chronological breakdown for Quinn’s “Bridgerton” novels:

Anthony – Book 2, “The Viscount Who Loved Me”

Benedict – Book 3, “An Offer From a Gentleman”

Francesca – Book 6, “When He Was Wicked”

If TheWrap’s dear readers would like to find out more about what Van Dusen is planning for Season 2 — and beyond — they can head over here.