The creator of Breaking Bad is also responsible for conceptualizing some of the greatest television villains of all time. Gus Fring, the Cousins, Todd Alquist, and yes, Walter White will go down in history as some of the most despicable characters to ever grace the screen. But some fans may not realize that Breaking Bad almost had another supervillain in their midst.

Tuco Salamanca (Raymond Cruz), best known for describing things as “tight” and having a volatile temper, died during a gunfight with Hank Schrader at the beginning of season 2. But apparently, showrunner Vince Gilligan had planned on making Tuco play a bigger part — until Cruz asked for writers to kill him off.

Tuco Salamanca is an integral part of the Juarez Cartel 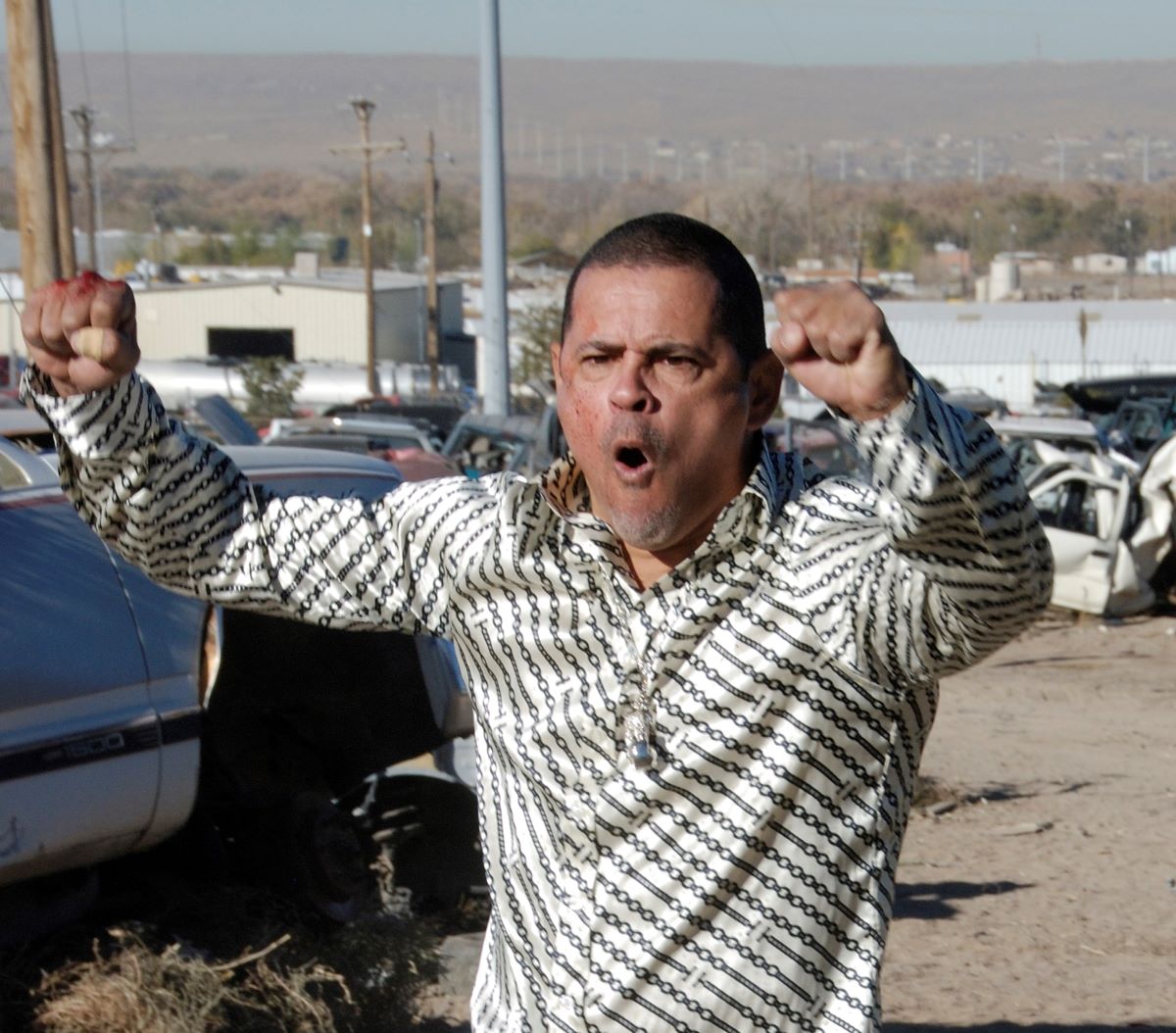 When Walt and Jesse first contact a distributor for their pure blue meth, it’s Tuco they call. The Salamanca family member has established a successful distribution ring in Albuquerque and becomes one of the most influential dealers north of the border. This is all despite his erratic, aggressive personality and penchant for sampling a little too much of the product.

Tuco is Hector Salamanca’s nephew. He has a fierce loyalty to his associates and most of all to his family, refusing to see anyone he cares about disrespected. Tuco is also an important player in the cartel and after Walt and Jesse indirectly get him killed, the fearsome Cousins get summoned to exact revenge on Walter White.

He gets killed during the beginning of ‘Breaking Bad’ Season 2

Apparently, Tuco was supposed to be a major villain throughout season 2 of the series. But Cruz insisted on getting killed because he found the role too difficult to play.

In an interview with AMC, Cruz explained, “I asked them to kill me. Honestly, I wasn’t looking forward to coming back and doing the part.”

He continued: “It’s really difficult to pull off. They were like, ‘We want you to come back and do eight more episodes.’ And I said, ‘No. I’ll do one more and that’s it. You guys have to kill me.’ They’re like, ‘We never heard of an actor that wanted to die.’ And I’m like, ‘You don’t understand. This part’s really hard.’”

Raymond Cruz is happy with Tuco’s fate on the series

At first, Walt tries to poison Tuco with ricin in his burrito. But Hector warns his nephew of the danger by ringing his bell and foils Walt’s plan. Eventually, Hank Schrader finds Tuco’s hideout via a tracking device he attached to Jesse’s car. The two men engage in a shootout that ends with Hank putting a bullet in Tuco’s head.

And Cruz was happy with that conclusion for the character. “I love how they did it,” the actor said. “Some people are hard to kill. I think it would be really hard to kill this character if you just didn’t do it violently and swiftly. The shootout was pretty big and it was a good direct hit. He was willing to face it and he knew it was coming.”

He may never have reached supervillain status, but Tuco will always remain an important part of the Breaking Bad story.