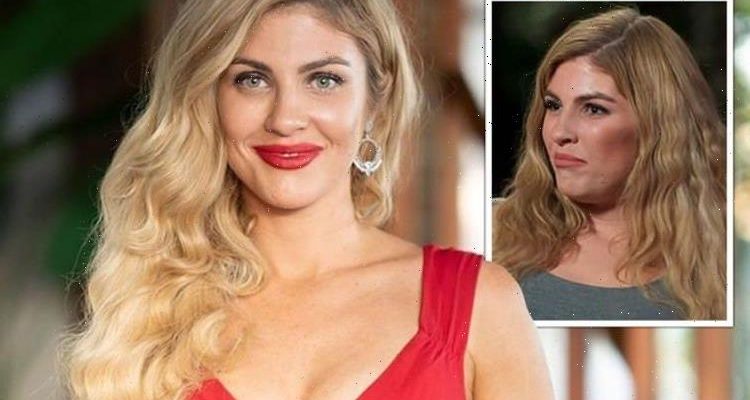 Booka Nile was one of the season eight participants in Married At First Sight Australia, and she was matched with Brett Helling. The quirky dating series made its way over to the UK and fans are keen to find out more about the musician Booka. Here is all you need to know about the MAFS star, her band and her life outside of the show.

Where is Booka Nile now?

Booka was 31 years old and working as a musician and mental health worker when she entered the experiment.

She was paired with 31-year-old psychology student and electrician, Brett, and they spent their honeymoon in New South Wales.

Sadly, they did not make it through to the end of the experiment and are still separated to this day.

Booka caught the attention of UK fans and they are keen to find out more about the MAFS star.

She is a psychology graduate, who is part of the band Make Them Suffer.

She is also a member of the Internet Friends band, and both musical groups’ Instagram pages are featured on her own profile.

The reality star has also been designing her own printed clothing, under the name Lollipop of Love Designs.

Her garments are all made from fair trade, vegan and organic cotton.

Her band, Make Them Suffer, has just launched an official Spotify playlist and fans of her music went wild.

The group also announced they will be appearing as special guests at the Polaris tour in 2022.

With this in mind, the star is keeping very busy with her music since leaving MAFS Australia.

Back in July, she opened up about the struggles of being a musician amid the coronavirus pandemic.

She said on Instagram: “I love being a musician more than anything. It is my life source. But these days giving your life to music often means you’re signing up to a life of financial struggle.

“Things aren’t like how they used to be back in the day where physical records and CDs were purchased by music lovers.

“Today anyone can download your music illegally for free and with most music streaming platforms paying their artists a pittance and keeping the majority of profits for themselves, it makes being a musician hard to sustain.

“Now thanks to COVID we have also lost what is for most of us, our main income source which is playing shows and touring. It’s never been a harder time to be a musician.”

She has since been an advocate for keeping the music industry alive through fair and ethical payment of musicians.

Booka and her MAFS partner Brett opened up to the experts about why they chose to leave the experiment.

Brett said: “I think everyone essentially saw us break up at the dinner party the week before.

“It was dramatic, it was sad, it was quite difficult for us both, and then I wrote ‘stay’ with hopes to reconcile.”

Speaking about when they got to the retreat, Booka said: “We got there and then the next day we caught up in the afternoon, fed some ducks.

“And basically just decided let’s try and draw a line in the sand here. I’m really glad Brett wrote ‘stay’ because I don’t think I would have reflected the way I have if I had just gone home.

“I would have just been really bitter, and I have a lot of respect for Brett and I see the good in him.”

From this, it seems the pair managed to remain civil after leaving the experiment.

Married At First Sight Australia airs on weekdays on E4.