THERE was a time when Debbie Harry was every teenage boy’s crush, pop’s ultimate poster girl. 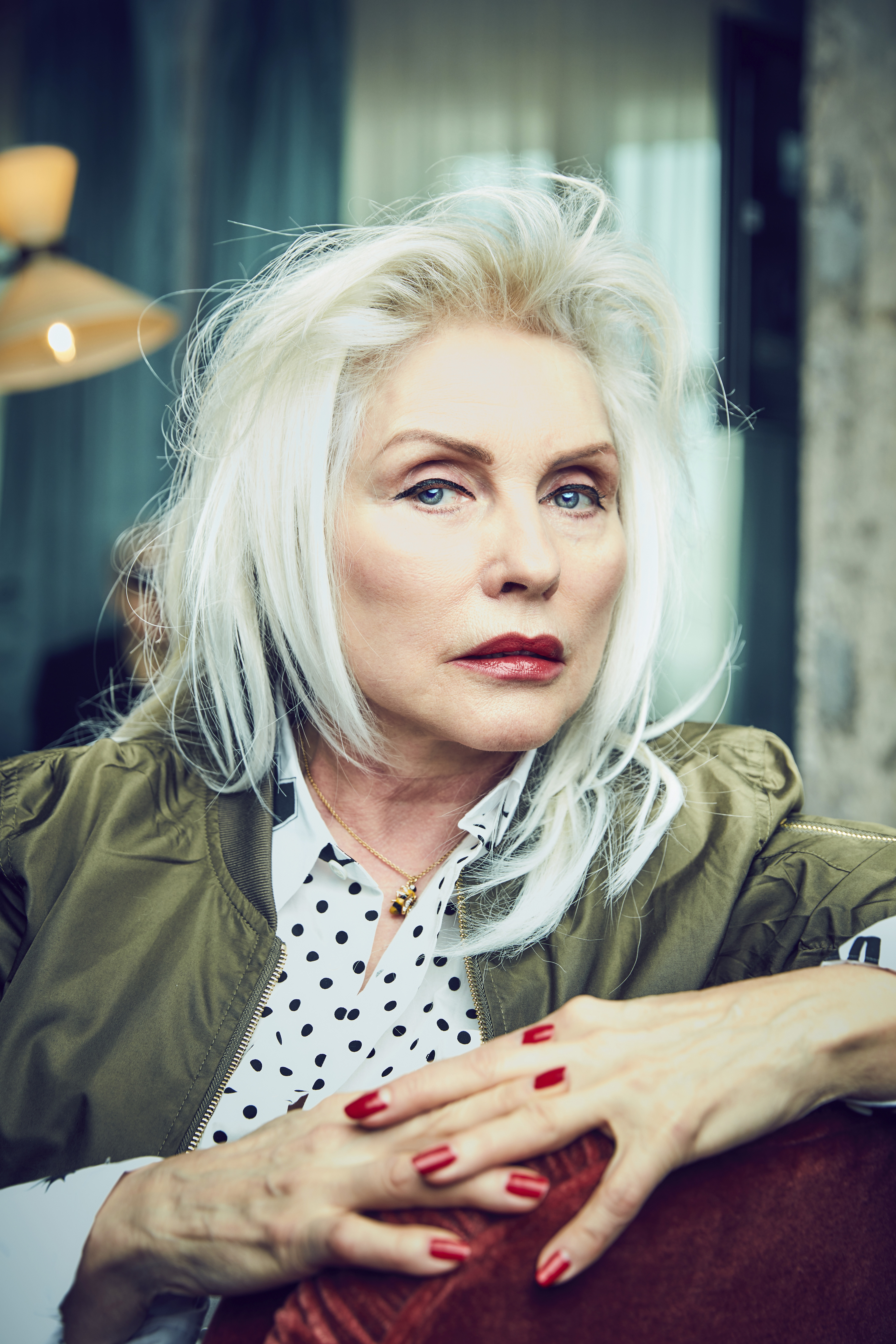 As Blondie’s sultry singer, she soundtracked a generation with Sunday Girl, Heart Of Glass and Atomic and she had the world beneath the heels of her thigh-high boots.

“I always imagine that if I’d been born in a different era, I would go west in a covered wagon or fly to the moon,” the 74-year-old says.

But even at the height of her chart-topping fame, free-spirited Harry harboured troubling secrets behind that super cool image.

Now she’s decided to confront her demons in an unvarnished but riveting memoir, the aptly- titled Face It, dedicated to, “all the girls of the underworld”. 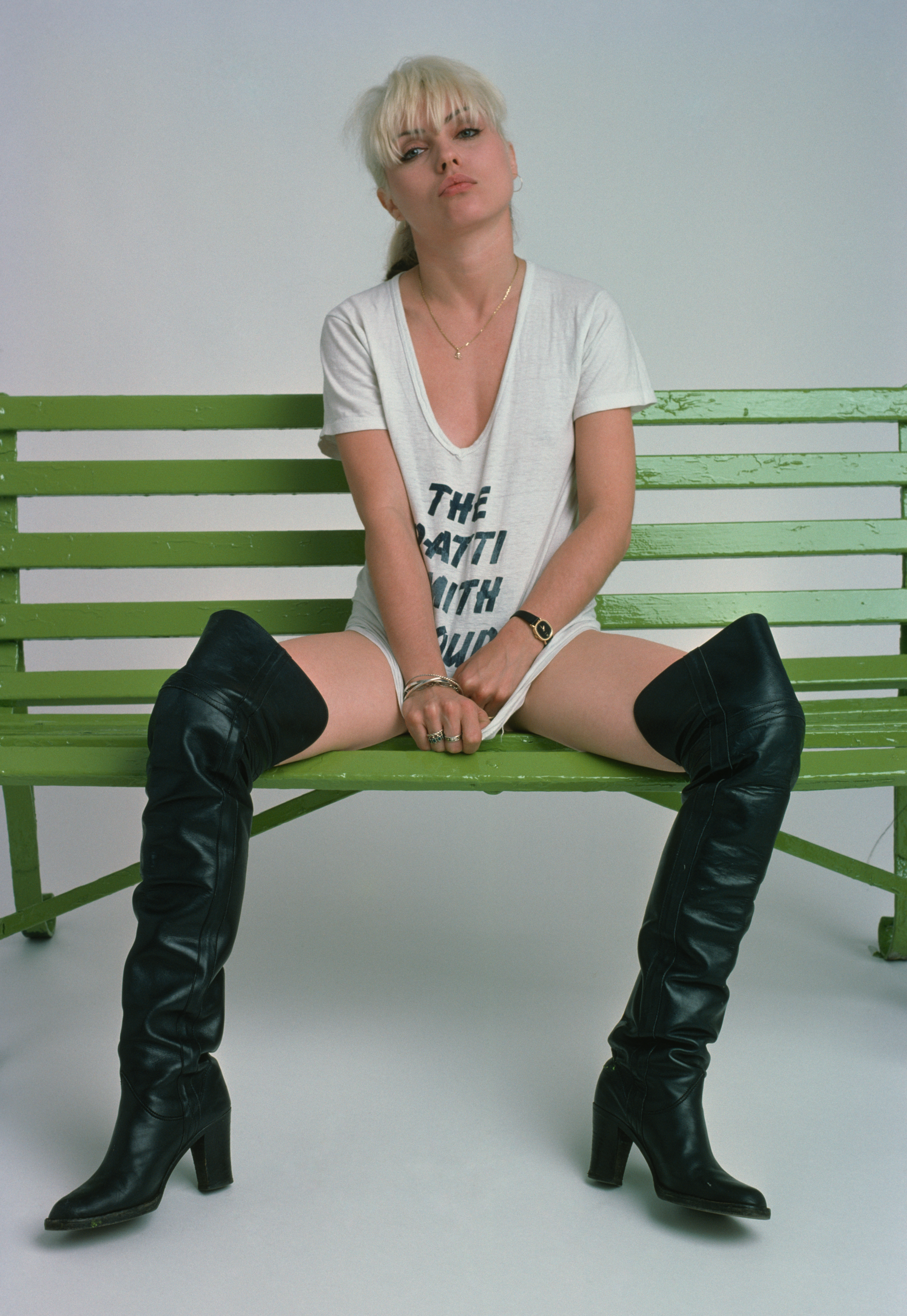 Harry tells of “her deep-rooted fear of abandonment” after discovering she was adopted as a baby and how her birth mother later rejected the chance to see her.

She reveals her struggles with body image as a child, how she felt “chubby” and the girl who “stood out” in ballet class.

She recalls in harrowing detail the night she was raped at knifepoint in Manhattan, though she was relieved, “it was pre-Aids”.

She maintains that monster Ted Bundy tried to abduct her during his killing spree that claimed the lives of at least 30 young women. 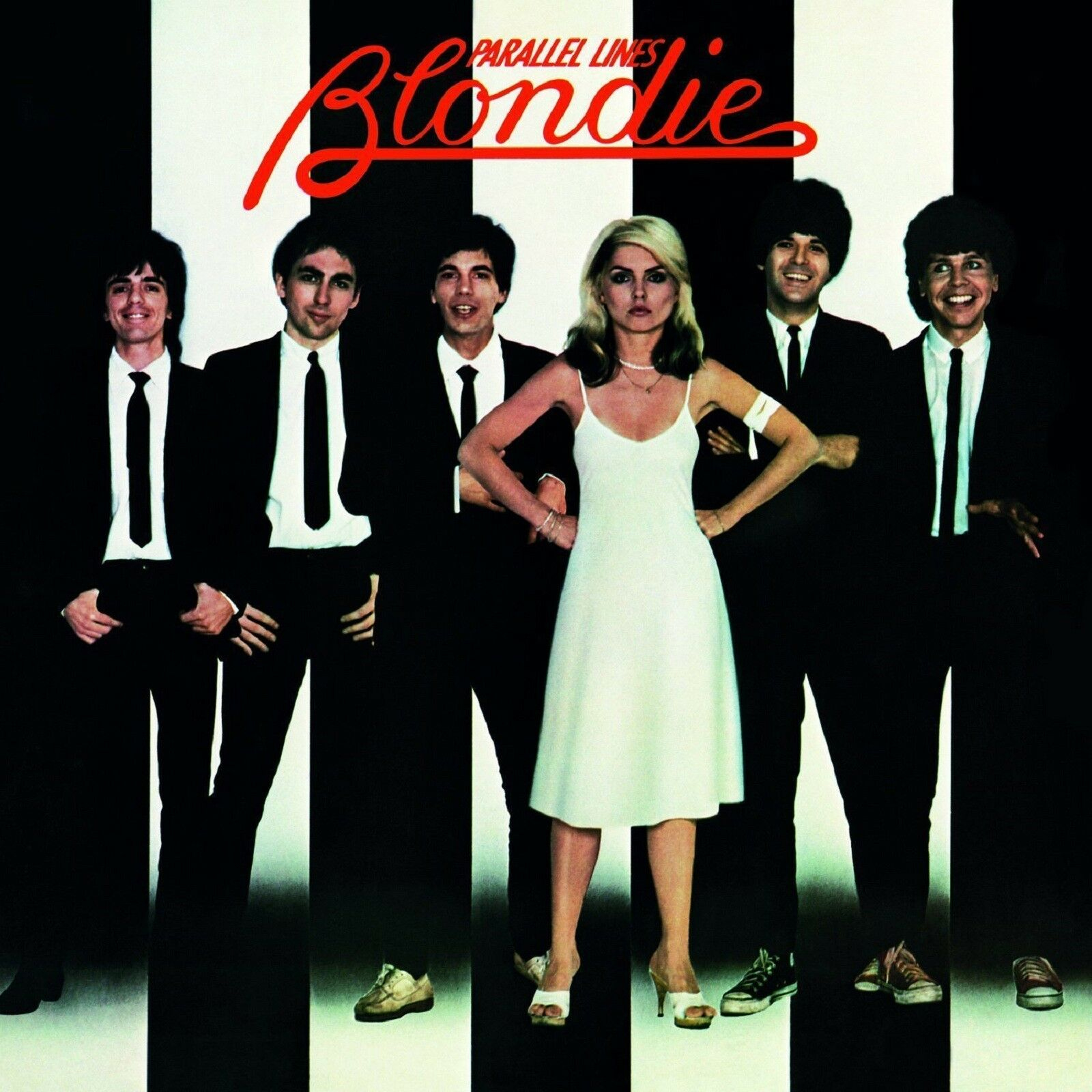 She describes a “violent and vitriolic” ex-lover who stalked her after she dumped him and how she received little support from the authorities despite being a vulnerable young woman.

And Harry confesses she used heroin, “to blank out parts of my life”, or, “when I was dealing with some depression”.

But the book also remembers the fabulous times, the intoxication of fame, the “huge asset of being pretty” and being at the centre of New York’s in-crowd with icons such as Andy Warhol, who became a great friend.

It is a bright September day when I meet the singer at London’s Savoy Hotel, and we are sitting in chairs turned towards each other but over-looking the sparkling Thames. 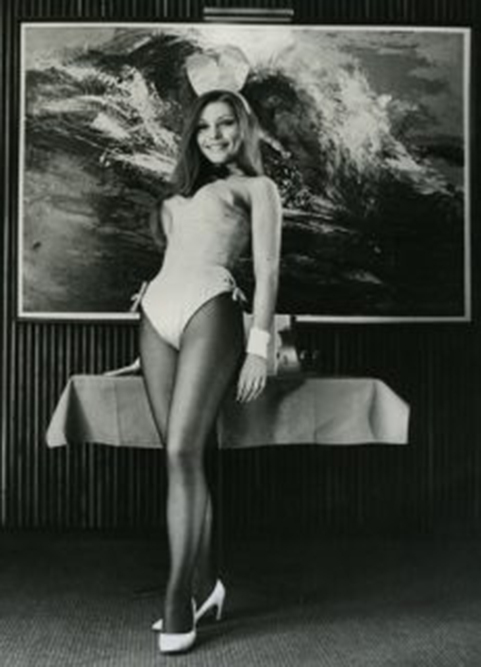 Debbie is dressed demurely in a navy blue shirt with a gold necklace and a cream skirt. The shoulder-length blonde hair is present and correct.

Though she freely admits to a few cosmetic procedures, she still radiates natural beauty and her winning smile sets the tone for our intimate hour together.

“It’s good surgery, God damn it!” she cries. “You can’t really hide it can you? Not in this day and age.”

First, we dive through the mists of time to her childhood, to when she discovered was adopted. 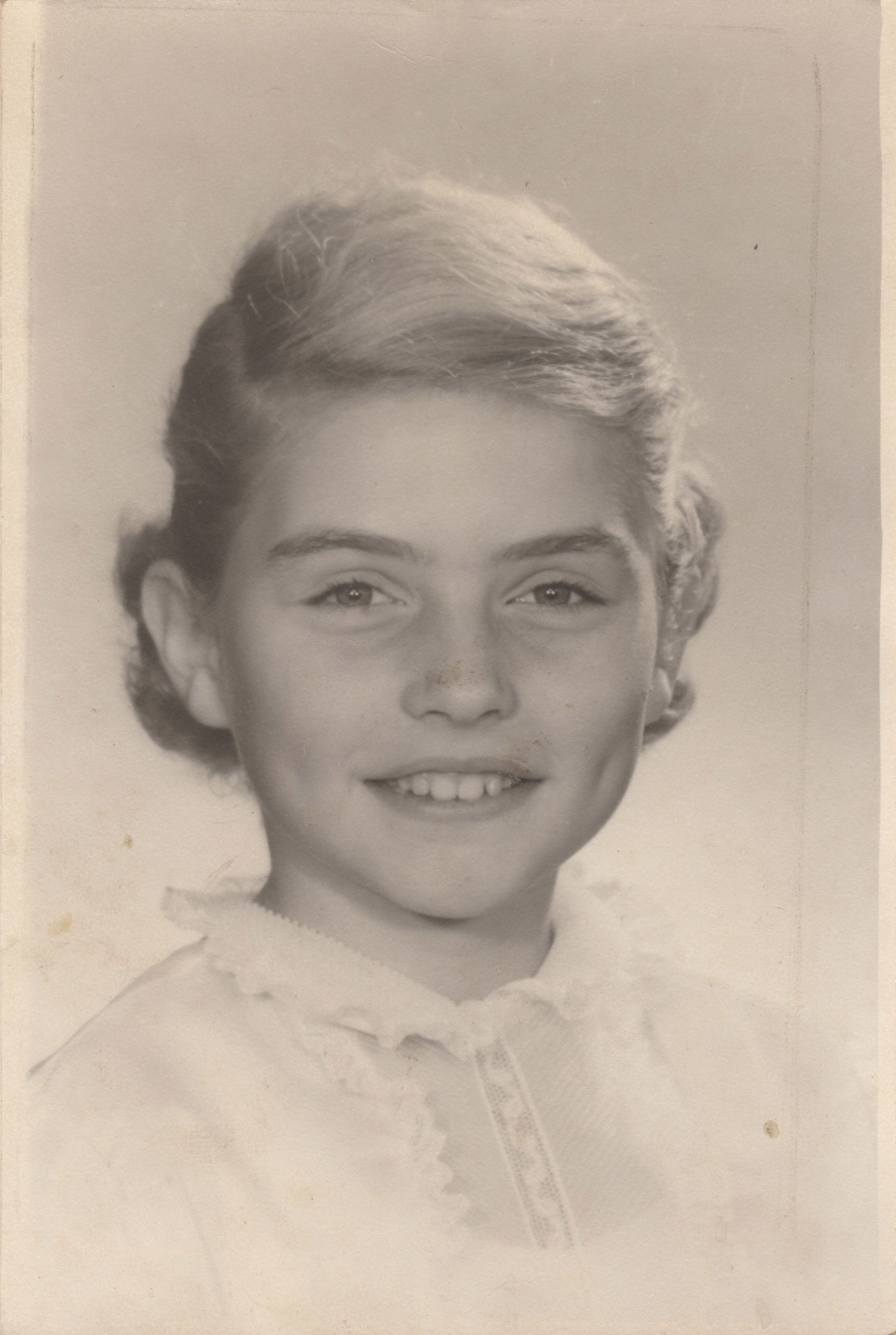 Born Angela Tremble in Florida as World War Two drew to a close, she was given up at three months and renamed Deborah Ann by parents Richard and Catherine Harry, from New Jersey.

“This is very personal,” says Harry of her memoir. “But I felt I should clear the decks and deal with questions I’ve been asked.”

Her adoption was, “a logical place to start”.

She says her early years, “were heaven. I never had a thought of being unloved or uncared for. My father and mother struggled financially but there was a great deal of happiness”.

She found out she was adopted at four. “I was surprised when my parents told me but they made me feel proud,” she says.

“They told me things the adoption agency thought were a good way to go . . . that I was chosen, that they were so happy to get me and how much they wanted a child.

“That made it special but my curiosity grew. I was both physically and emotionally different.”

It wasn’t until the late Eighties, after Blondie had commanded the world stage, that Harry summoned the courage to hire a private detective to track down her birth mother, who, she learned, had a musical background. 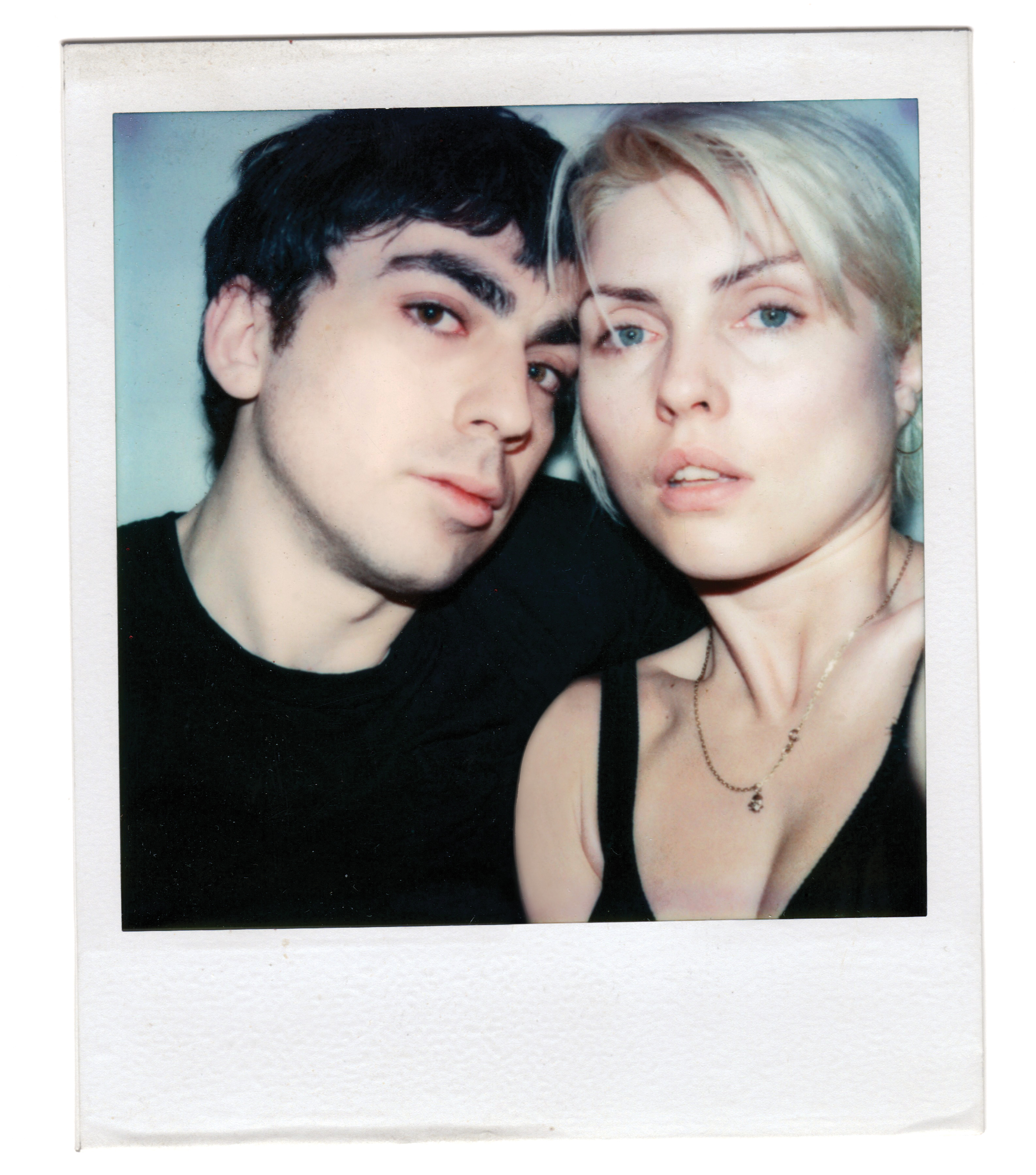 The detective succeeded in his mission but was told in no uncertain terms: “Please don’t ever bother me again.”

Harry tells me: “I was a mature woman by then. I wasn’t a child and it’s not like I needed a mother.”

Her reaction to rejection was a “mixture of disappointment and understanding. I had no way of knowing what her life was like. Maybe she just didn’t want to look back. Maybe it was too painful for her, so that was that.”

We return to Debbie’s childhood, to the years before realisation dawned that she was good looking. “I felt kind of clunky and clumsy. I was a tomboy,” she says.

I loved sex. I think I might even have been oversexed

But things changed rapidly when she became a teenager and was named Best Looking Girl in her high school yearbook. “Oh my God, I blossomed!”

And, as she reveals in Face It, she made a new discovery: “I loved sex. I think I might even have been oversexed.”

When asked about this, she replies: “Isn’t everybody like that? But I speak about it so maybe I’m just a blabbermouth.”

Harry first dyed her hair blonde at 14, feeling some kind of kinship with Marilyn Monroe, and says: “I liked clothes, I liked hair, I liked make-up. I became a girly girl.” 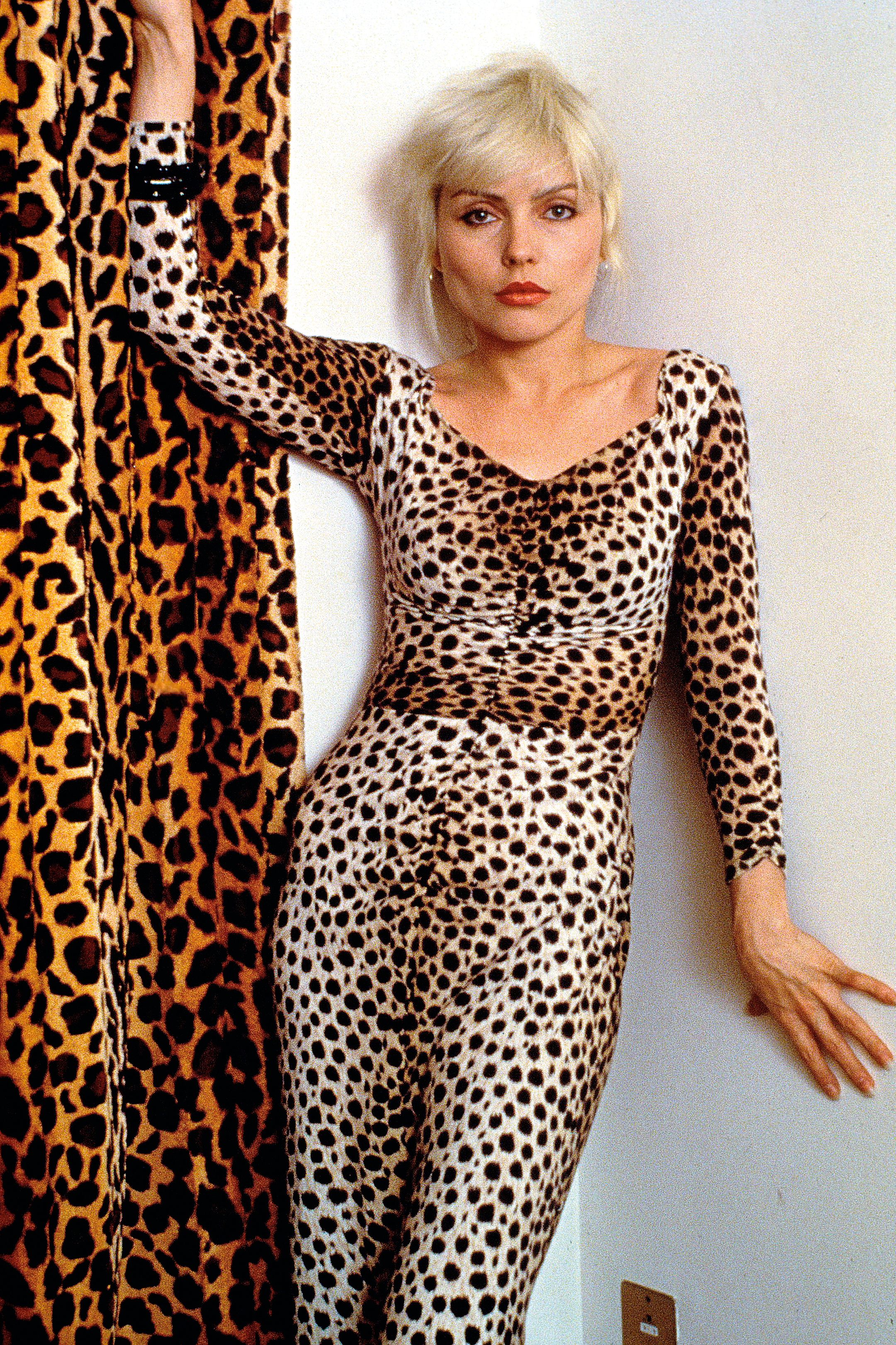 As her teenage years passed, she began hankering after the bright lights of New York and for a career in music.

Her book details a relationship at the time with a controlling boyfriend, a house painter she refers to only as Mr C.

Harry broke up with him and followed her dream to the Big Apple only for him to repeatedly stalk her and, on one occasion, he broke into her apartment and held a gun to her cheek, threatening to force himself on her.

“The really important part about that for me is that it’s a typical woman’s story,” she says.

I went to the police and complained but they said, ‘We can’t do anything until he hurts or molests you’

“I went to the police and complained but they said, ‘We can’t do anything until he hurts or molests you’. It was awful.

“I had to run away but, even when I moved to New York City, he pursued me. He was relentless and it was very tiring.”

Harry, who still feels let down by the system, believes there are countless women in even worse situations today and is sympathetic to the #MeToo campaign.

“Having a voice is very, very important,” she stresses. “I also think girls have to be a little smarter and perhaps more responsible for their well- being and safety. I shudder to think what it must be like in some countries . . . a horror. 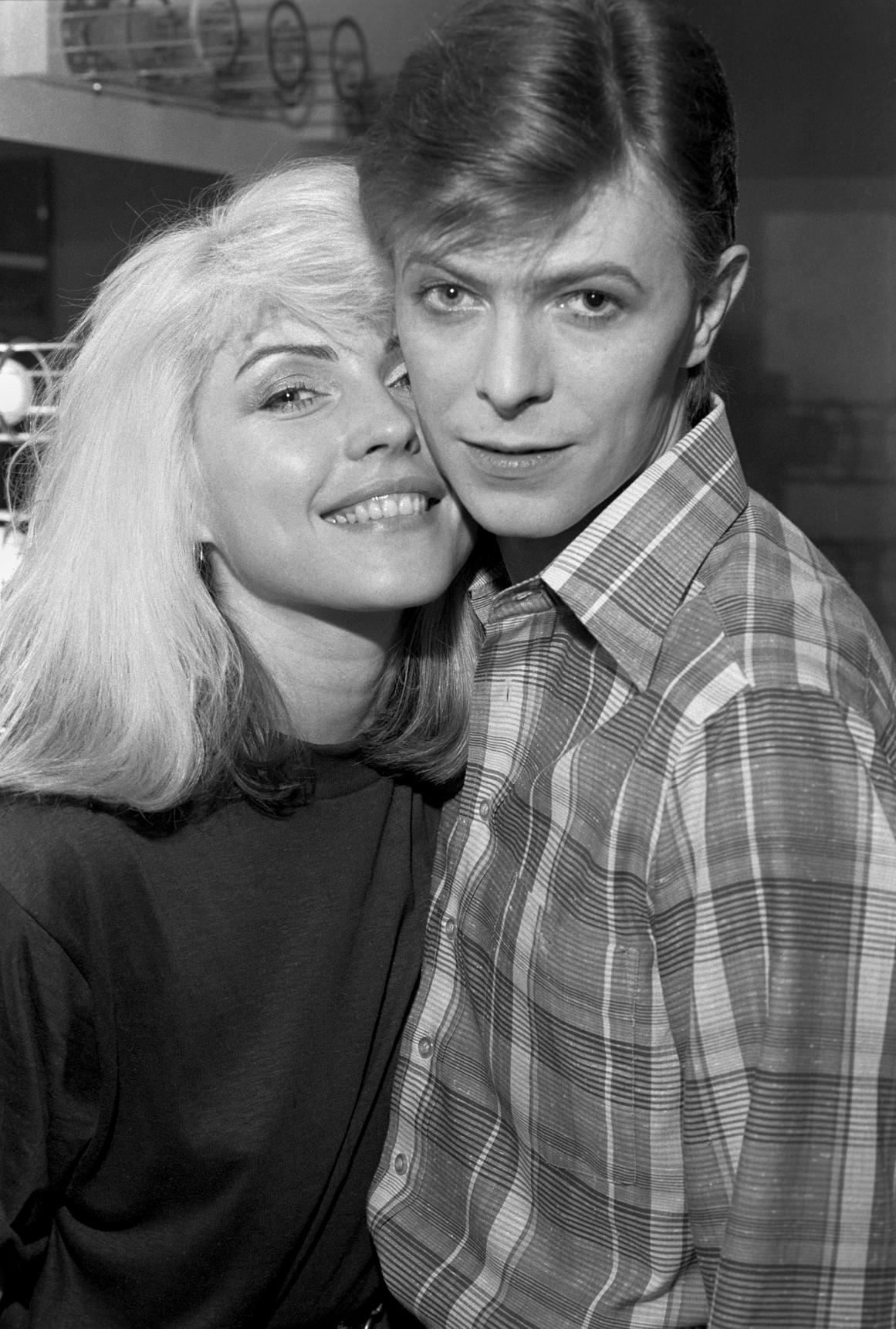 “What did John Lennon write? That women are the ‘n*****s of the world’. Nothing can be any clearer than that.”

Once established in NYC, Harry took a job as secretary at the BBC’s office, beginning her abiding love affair with Britain, but then she careered headlong into the city’s seedy underbelly.

She became a waitress at hip dive Max’s Kansas City, where she first met Andy Warhol and served the likes of Jimi Hendrix, Janis Joplin and Miles Davis.

Later she became a Playboy Bunny, complete with bobtail and ears, a job she describes as rather dull in comparison. 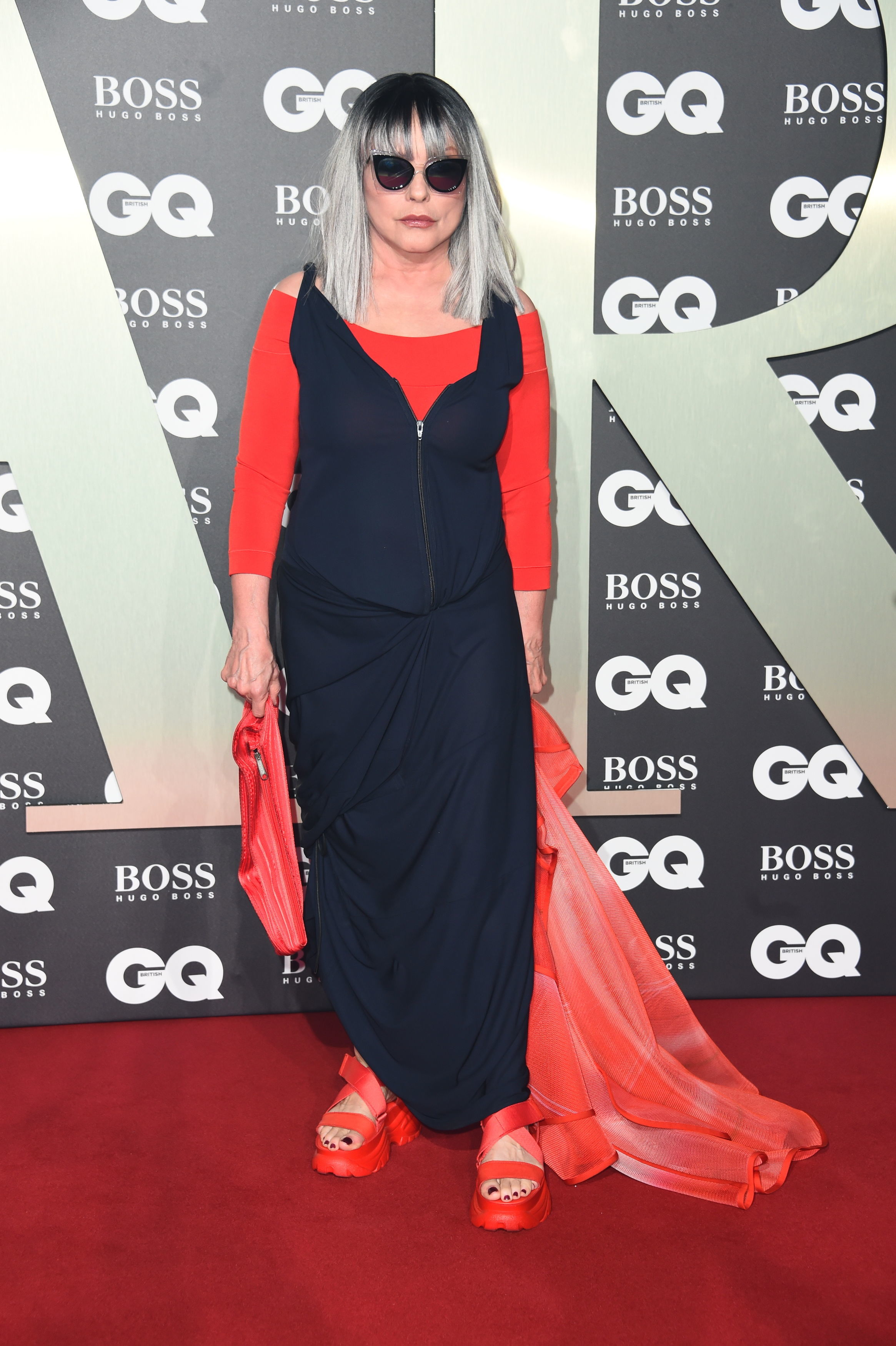 At around this point, she believes she unwittingly got into a car being driven by mass murderer Ted Bundy, who offered her a lift as she walked home.

She just managed to escape but says: “I’ve never felt like it since. The hair on the back of my neck stood up like a dog.

“I was relieved I got away but the realisation of who it was didn’t come until much later. I have been lucky.”

By 1974, she was in a band called The Stilettos, and they also recruited guitarist Chris Stein, who became her lover until 1989 and remains her Blondie co-conspirator to this day.

So what attracted her to him? “Oh, he was terrific,” she replies. “How do you explain attraction? I felt comfortable with Chris. He was smart, funny, cute. What more could you ask for?

“I wasn’t looking for a sugar daddy. I wanted freedom to explore. Hooking up with another artist was probably the smartest thing I ever did.”

But it was at Stein’s flat that a man, whose appearance Harry likens to Hendrix, tied her up, raped her and made off with her boyfriend’s precious guitars and cameras.

Despite the horrifying ordeal, she says: “I wasn’t treated violently and I’ve tried to make that clear in the book. I almost regret writing it. 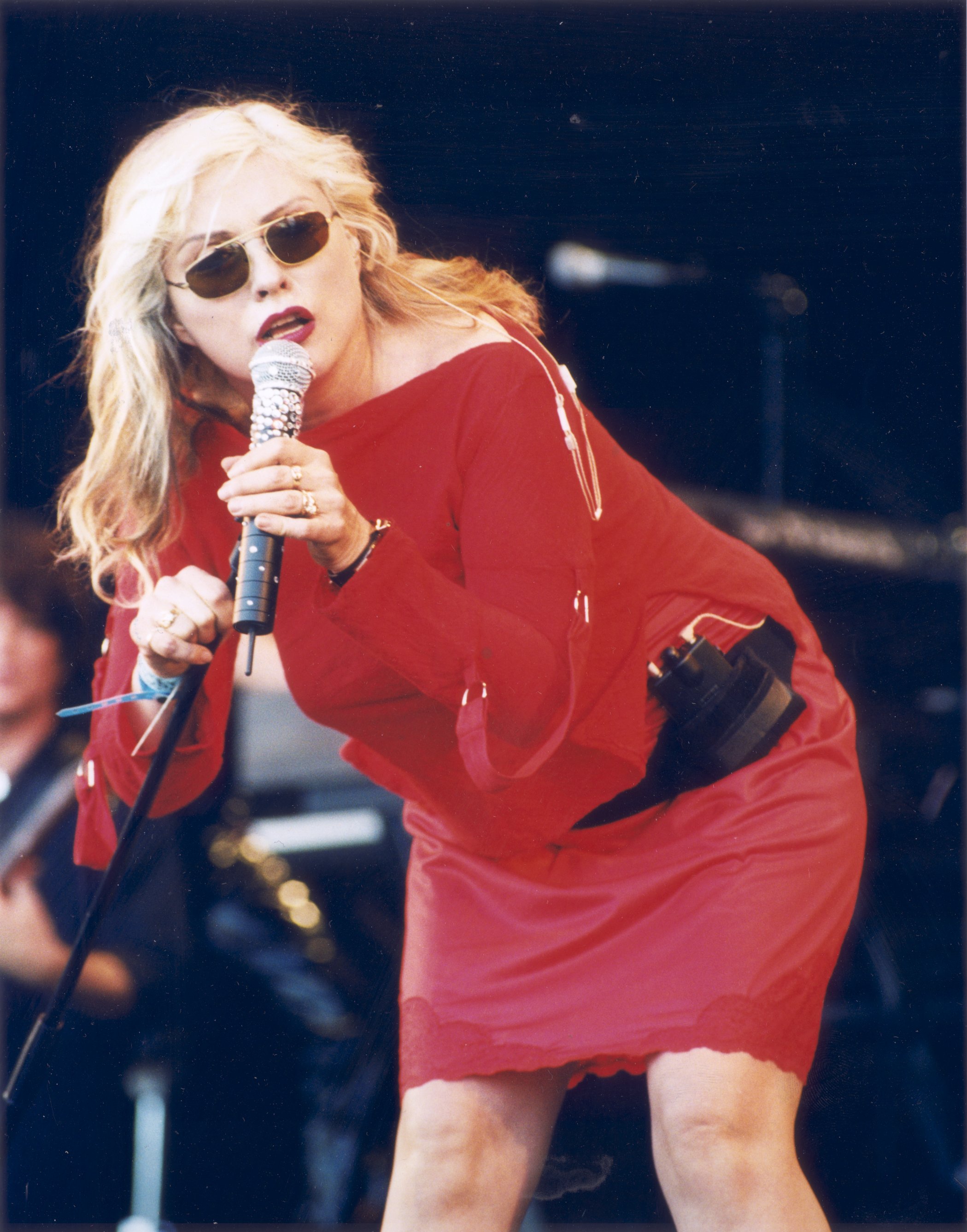 “The most disturbing thing was that he took away things we needed. I wasn’t a virgin, I wasn’t beaten, but he took the damn guitars and cameras.”

One of the guitars was beautiful and bespoke with hand-carvings by Stein. “It was so cool and we thought afterwards, ‘What the hell is he going to do with that? Is he going to drive over to Ohio and sell it?’ It was a standout.”

When Debbie and Chris formed Blondie, they had a ready made name . . . the catcall so frequently yelled at the budding frontwoman.

“The name seemed a given,” she says. “I was always fooling around and had tried every hair colour under the sun but, at that particular moment, I had blonde hair. We just went with that.”

I have an adventurous spirit and a curious mind

Of course, being in the pop world during that era meant certain exposure to drugs. In Harry’s case, she even took the hardest, heroin, as an escape route and admits that little thought was given to health consequences.

“It started socially and didn’t seem so dangerous,” she says. “There wasn’t much information and clinics weren’t readily available

“I don’t really regret it, maybe only in terms of feeling stupid. I happened to live at that time and perhaps, if I was younger now, I’d be taking opioids to find out what they were like. I have an adventurous spirit and a curious mind.”

Harry speaks fondly of her frequent trips to the UK at the height of Blondie’s fame and vividly recalls meeting, of all people, Manuel from Fawlty Towers during a recording of Top Of The Pops. 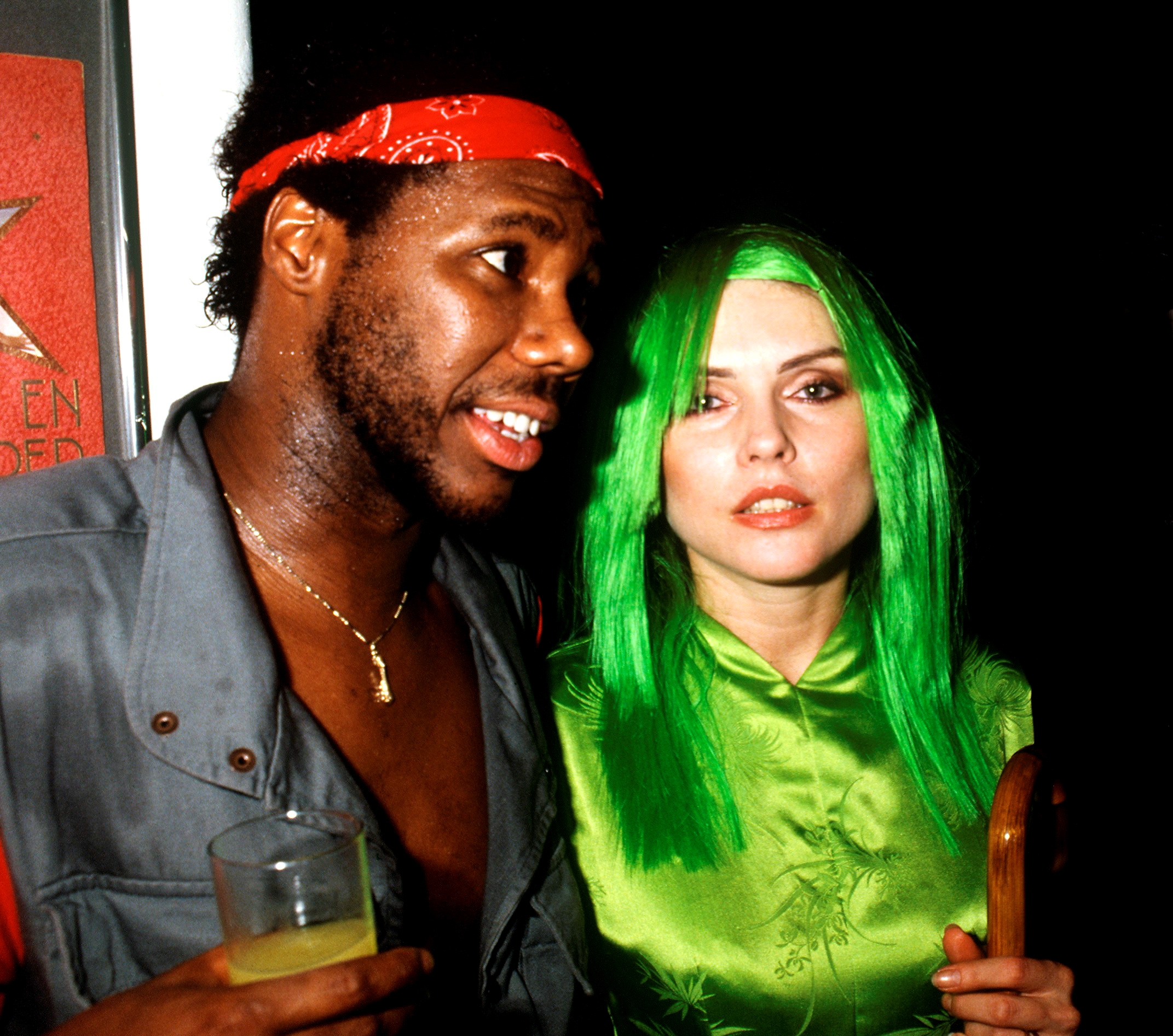 But she remains rueful about trying times in the Eighties when US taxation body the IRS took away virtually everything she and Stein owned. “They grabbed anything they could lay their claws on.

They took my car. They even took my coats,” she says.

Then Stein’s life was threatened by pemphigus vulgaris, a rare auto–immune skin disease. “It was a terrible thing,” says Harry. “But the advent of steroids was able to quell it to some degree.”

Today, with Blondie still very much alive and kicking, she acknowledges her “f*** of an interesting life” which she plans to keep on having. 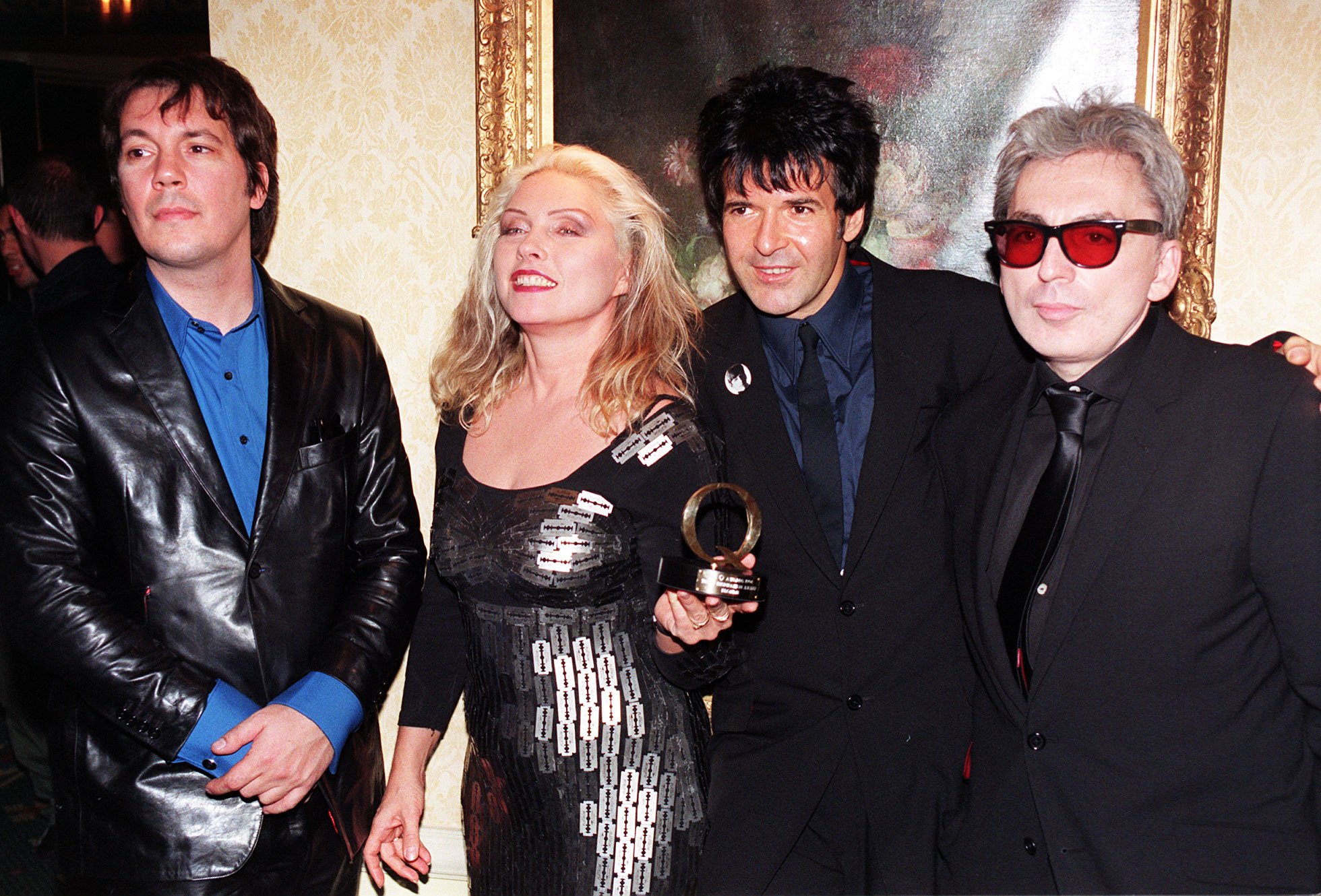 Does the passage of time bother her? “Well sure, I guess I’ve had some moments when I’ve got sick of living but I could never go so far as killing myself. I just give myself a good talking to,” she answers candidly.

“I’ve had to face mortality and I’ve found it liberating. As you get older, you get to know yourself better . . . such a valuable commodity.”

With that, our honest encounter over, Debbie Harry plants a kiss on both of my cheeks and leaves me firmly believing that my teenage crush has still got it.