Taron Egerton, Paul Walter Hauser, Greg Kinnear, Sepideh Moafi and Ray Liotta star in the Apple Studios-produced series, which was adapted from the true crime memoir In With the Devil: A Fallen Hero, a Serial Killer, and a Dangerous Bargain for Redemption by James Keene and Hillel Levin.

The series represents the last TV work of Liotta, the Goodfellas and Field of Dreams star who died May 26 at age 67. Lehane, the true crime author behind the likes of Mystic River and Live By Night and who developed, wrote and EPs Black Bird, penned a moving tribute to Liotta after the actor died in his sleep while shooting a film on location in the Dominican Republic. The author called Liotta “the most electric American actor of his generation” and said he wrote the series’ role of decorated policeman Big Jim Keene specifically for the Emmy-winning actor, describing his performance as a “master class.”

Liotta is briefly glimpsed in the trailer that dropped today, though his character handles some voice-over duties.

The Black Bird story, based on actual events, follows high school football hero and Big Jim Keene’s son Jimmy Keene (Egerton), who is sentenced to 10 years in a minimum security prison. He is given a choice: enter a maximum-security prison for the criminally insane and befriend suspected serial killer Larry Hall (Hauser), or stay where he is and serve his full sentence with no possibility of parole. Keene’s is only way out is to elicit a confession and find out where the bodies of several young girls are buried before Hall’s appeal goes through. But is this suspected killer telling the truth?

Liotta is also spotlighted today in some new photos for the series. See those below. 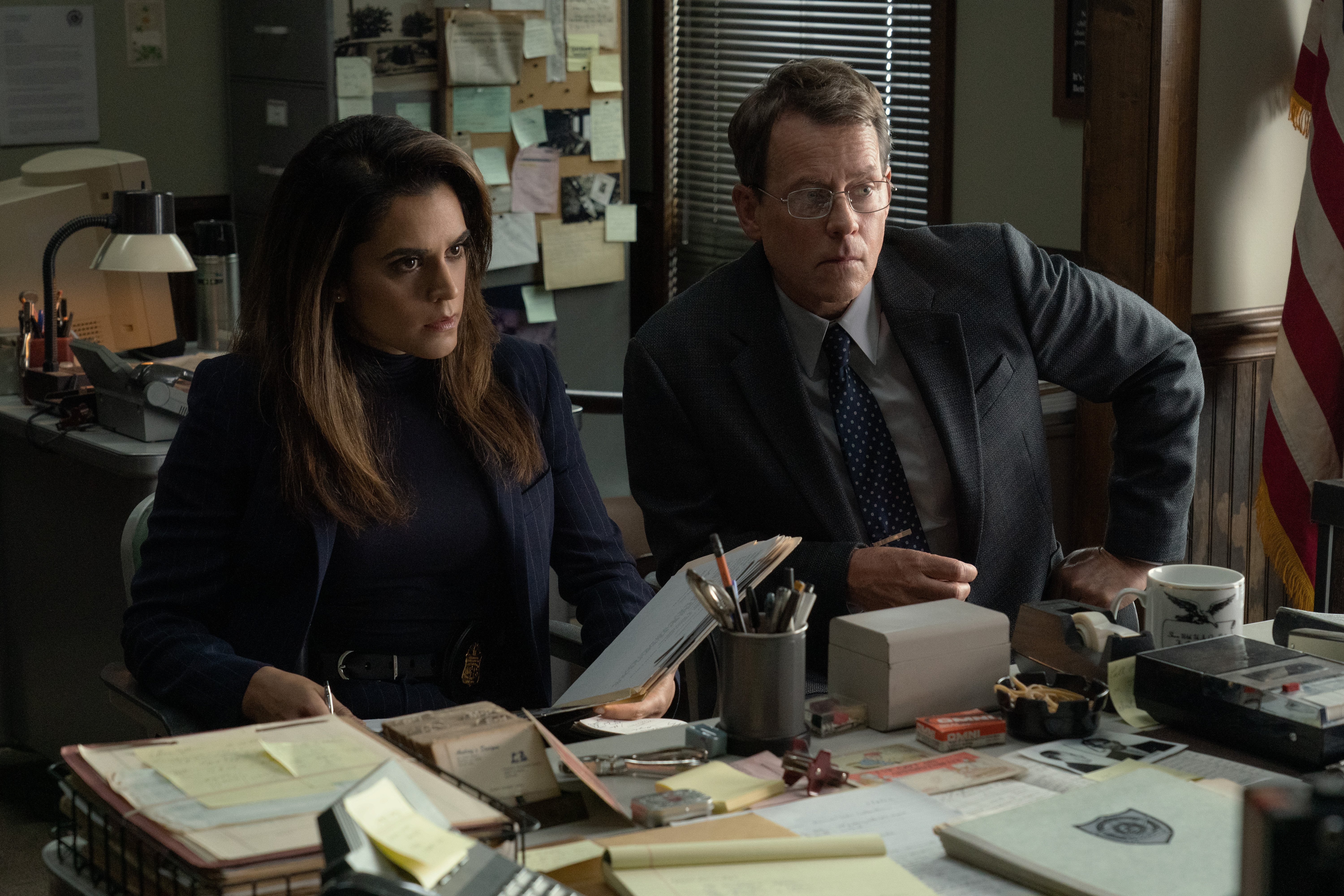