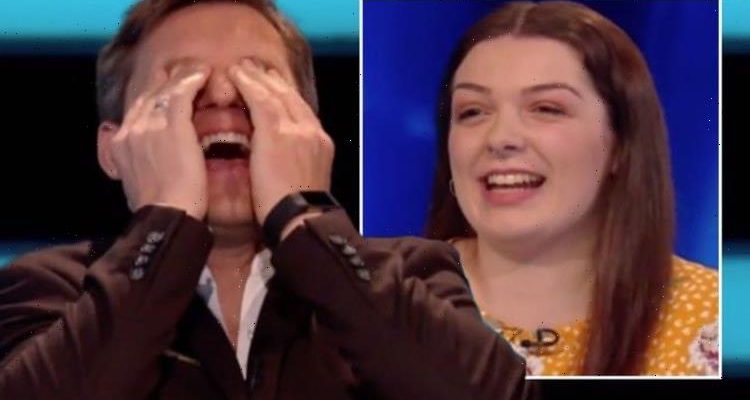 On Friday afternoon, Good Morning Britain’s Ben Shephard welcomed four new quizzing amateurs onto the ITV show, all hoping to win some cash from the famous machine. Stepping up to the podiums were contestants Jennifer, Arshad, Geraldine and Connor and it was clear from the get-go Arshad was the one to beat. However, in her efforts to catch up and pocket some funds to progress to the next round, Jennifer slipped up – and left Ben in stitches.

During the first round of Tipping Point, each contestant had to buzz in if they knew the answer to one of Ben’s quick-fire questions.

If they answered correctly, they could choose to pop one of their three counters into the machine in the hopes of knocking discs off in return for cash, or they could pass to another contestant if they felt the machine wasn’t ready.

By the end of the first round, Arshad had accumulated £700, Geraldine £300, Connor £450 and Jennifer stood with nothing.

However, all hope wasn’t lost for the Tipping Point player as there was one penalty counter available, meaning if Jennifer bested her fellow players to answer one final question correctly, she’d have one more chance to take on the machine. 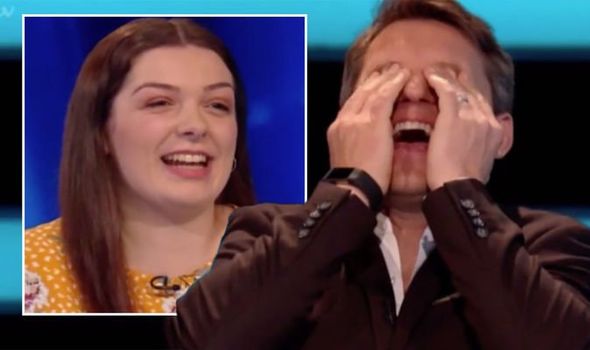 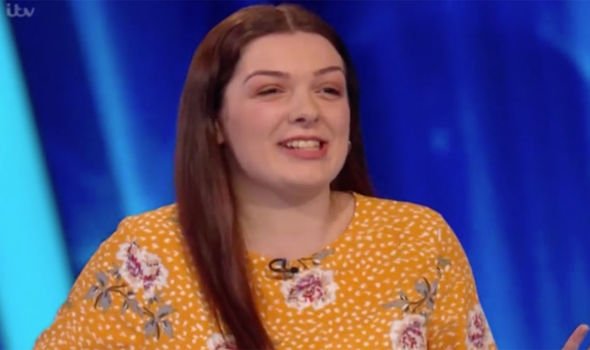 All four players listened intently as Ben read aloud the question which could land them the penalty pot counter.

“Which small, round vegetable shares its name with a bright shade of green?” Ben asked the ITV contestants.

Quick as a flash, Jennifer buzzed in to answer the question – but her mind went blank.

After buzzing in too early, Jennifer stood in silence as the timer quickly ticked down. 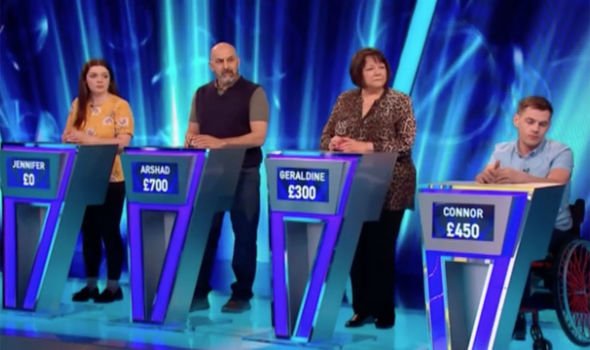 But in a moment of desperation, Jennifer sheepishly said at Ben: “Potato.”

And both Jennifer and Ben burst into laughter after realising just how wrong her final guess of the game was.

“I had to try something, didn’t I?” Jennifer said as she tried to save her blushes. “I didn’t know the answer.”

“Obviously, we were looking for pea,” Ben pointed out as he put Jennifer out of her misery.

“Oh, my goodness,” she exclaimed before Ben poured slat into the wound by reiterating: “Obviously, not potato.”

Trying to offer some consolation, Ben followed up: “They can be small and round though, you’re right.”

However, this didn’t mean much for the state of the game as Jennifer was “frozen out” with exactly £0 in her prize pot before being sent home.

Instead, it was Arshad who made it all the way to the final round to try and knock the £10,000 jackpot counter out of the machine.

But the “potato” moment was, without doubt, the most talked-about answer from the show as a number of ITV viewers took to social media to comment on it.

While a fourth jokingly weighed in: “I’m going to paint the lounge potato #tippingpoint.”