Andy Cohen spilled that not only will Below Deck Sailing Yacht Season 2 have a reunion but that it is going to be “gangbusters.”

Cohen, who hosts all Bravo show reunions, revealed that they just filmed the reunion. Not every single Below Deck show has had a reunion. For instance, Below Deck Mediterranean Season 4 stacked in extra episodes in lieu of a reunion, which didn’t exactly thrill fans. But now Cohen confirmed that the explosive second season of the sailing installment has filmed a reunion and that it won’t disappoint. 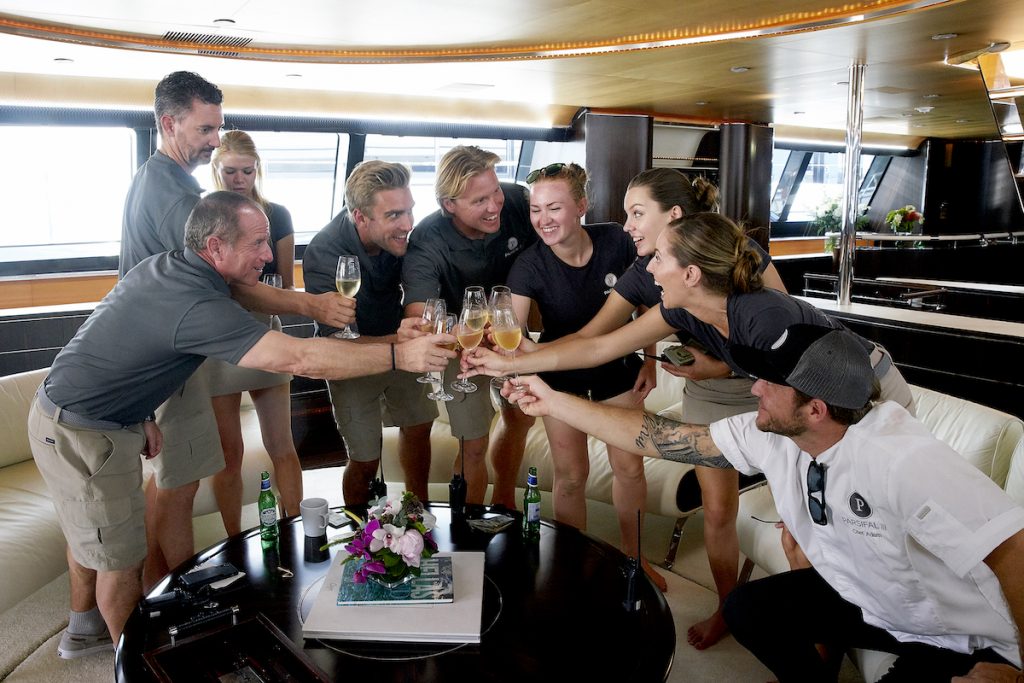 Indeed the reunion will be explosive as some of the Parsifal III crew members recently shared that they became fast friends. During a recent “Pita Party” Instagram, Colin Macrae joined Allie Dore, Daisy Kelliher, and Dani Soares. Macrae said that the crew bond was very strong and they were all really sad when the season ended because they became lifelong friends. Well … most of them.

Dore said that’s why the crew wants to do a reunion on Macrae’s boat Parlay. “Production didn’t want us to have a reunion on my boat,” Macrae added. “They wanted us to have the proper reunion. They kept saying ‘Guys stop talking about a reunion on Parlay!””

Macrae said his boat is almost ready to set sail so they are all invited to reunite on his boat. Apparently, that includes “most” of the crew at least.

More to come on Below Deck Sailing Yacht, every Monday at 9/8 on Bravo.