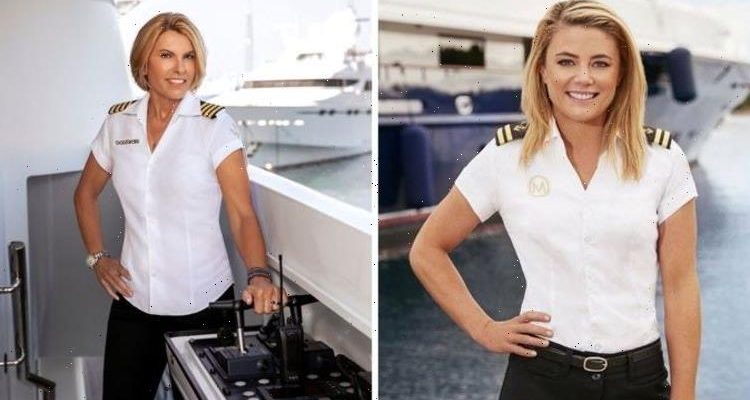 Below Deck: Mediterranean is finally back in full swing with season six well underway. Filled with never-ending drama, booze-filled parties and close friendships, the crew onboard have promised more drama than ever. This time after a bust-up between Malia White and Captain Sandy Yawn, it’s been revealed that they have finally reconciled.

As the onboard Captain for the charter 180-foot yacht, it was Sandy’s duty to ensure everyone on board made it to Croatia in a safe manner.

Throughout the series, a number of forbidden relationships happen and often become complicated.

This was seen in season five when rumours were swirling about Malia’s breakup with her then-boyfriend Tom Checketts.

Sandy had taken to social media to speculate that Malia and Tom had broken up because she was secretly gay and claimed the entire crew thought so too.

In response, Malia had confirmed that the couple had broken up but didn’t disclose reasons, she also added: “If I was, I would be openly proud to be gay. I’m a huge supporter of the community.”

Malia explained: “First off if I was gay, I would just like to say it should be my decision when and if to out it to the entire internet.”

In the video which was uploaded on Cameo, Sandy said: “Malia I think she’s secretly gay, to be honest, that’s my opinion” adding “Everybody in production thinks that.”

When she realised what she said, Sandy appeared to regret her words as she said, “Oh! That’s gonna be public, isn’t it! Okay so maybe who knows!”

These comments caused Sandy and Malia’s relationship to take an awkward turn because they had the closest bond and Malia admired Sandy always as a mentor.

In a recent interview with US Weekly, the stewardess opened up about the situation and said: “To be fair, that comment was made the night before we started filming, so I kind of had to just get on the boat and put a big smile on.”

Despite the severity of outing a queer person, Malia revealed that she did receive a personal apology.

She stated: “I think when that kind of hit the fan, she was kinda like, ‘Well, I was just kidding,’ and she didn’t realize the consequences it would have for me and with my family and friends.”

“So she did apologize, and I was like, ‘It’s not a big deal.’ It just was not something I needed.”

Sandy who lives as an openly gay woman shocked Malia by talking about her sexual orientation on a public platform such as Cameo.

In her response video, Malia added: “I was just as shocked as everyone else. I’m not sure why my sexual orientation is being discussed in Cameos.”

Now that the two have reconciled on this situation they could potentially find themselves in another argument after Malia failed to file an incident report.

This was seen in the explosive season six trailer, so fans will have to stay tuned to see how serious of an incident Malia was involved in and why she was in hot water with Sandy.

Below Deck: Mediterranean continues every Monday on Bravo.