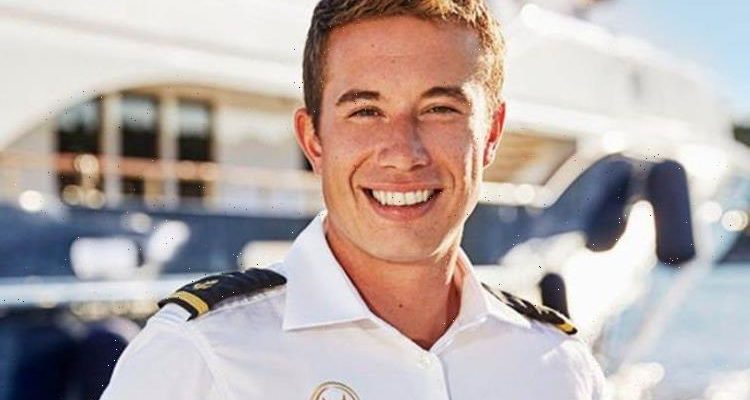 Below Deck Mediterranean is back with a sixth season and fans have been eager to meet the new crew as they entertain charter guests onboard the Lady Michelle. Fronted by Captain Sandy Yawn, the team formed a close bond. But deckhand David Pascoe has spoken out about online bullies targeting the stars.

Below Deck Mediterranean is wilder than ever as season six has included lots of drama, with disputes and unprecedented incidents aplenty.

A new crew has been selected to entertain some of the quirkiest elite charter guests as they tour Croatia, with David Pascoe as one of the deckhands.

Following his education, he worked as a beach lifeguard and a care worker at a brain injury rehabilitation unit before making the change to pursue a career in yachting.

He was delighted to bring his knowledge and experience to the new season onboard the Lady Michelle, but this charter season has presented some challenges on and off screen.

The star spoke exclusively to Express.co.uk about how the cast are targeted online by trolls, and he hit back at them.

He said: “I never really witnessed the hatred that people seem to have in their hearts for people they don’t know.

“I have only just started to see it and I have had some pretty disgusting comments from people about appearance, about this, about that.

“It’s fine, thick skin, water off a duck’s back and all that. But to witness some of the things people say about [others], and I have put this up on my Instagram as it’s something I just wanted to get out there.

“I think what people forget is that what they are watching, these people on their screen, they are not a fictitious character, they are real human beings.

“But some of the things people say, it’s not an opinion. It’s just bullying and it’s disgusting.

“It’s definitely been an eye-opener for me to see it and it’s something that I kind of don’t want to stop having a word and having my say about.

“I don’t want to sit in silence and good people suffer based on the horrible words of strangers online.”

His argument comes at a poignant moment in TV history, following a tirade of racist abuse towards the England players after their Euro 2020 defeat against Italy.

Commenting on the abuse, he said: “The loss of the game was a real heartbreak but the adverse comments and things that were made afterwards was just appalling.

“It’s down to a select few horrible people and it’s just not called for. It’s the modern age, people need to educate themselves and just have a bit more love and a lot less hate.”

Reality shows in particular have been targets for online bullies for some time, with Love Island still in the spotlight.

Despite measures put in place to make sure the welfare of contestants is a priority, the “Be Kind” message has been ignored by a few viewers.

As for Below Deck, the series continues to be one of the most popular international reality shows and it has a loyal following in both the US and the UK.

The crew receives plenty of support from fans via their social media accounts, but there are sadly a select few who have taken their opinions too far.

Pascoe did not go into detail about any particular incidents, but he makes an important statement about the impact online bullying has on individuals.

He said on Instagram: “This past year has been difficult for everyone, worldwide. The pandemic, the lockdowns, the solitary confinement nearly all of us had to endure…

“In that time, one thing you’d think people would understand is that we, as people, have a duty of care for one another. As the season progresses this might be hard for some amongst you to understand, however, regardless of hurtful words and personal attacks;

“No one deserves to have injury wished upon them. Everyone deserves to be able to get safely to a place of rest. We ALL have a duty of care for one another.

“There may be a steadily growing front of TV induced hatred for certain individuals but at the end of the day, we can only be true to ourselves and try not to forget our humanity.”

Below Deck Mediterranean airs on Bravo, Hayu, Peacock and E4.