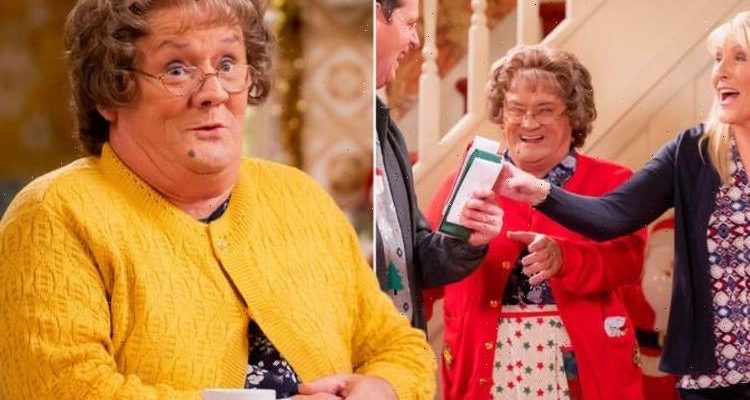 A report out today by the National Audit Office (NAO) found the BBC is on track to save £1billion – £200million more than its original target. But the broadcaster has been criticised for providing less original content and replaying shows across its three main channels. Repeat offenders are Mrs Brown’s Boys, Pointless, Antiques Roadshow, The Repair Shop, Would I Lie To You? and Bargain Hunt. And it appears the Christmas schedule has been given the same treatment.

Nearly a third of the programmes airing from December 18 to 31 are repeats. On Christmas Day there is a rerun of the Vicar of Dibley.

Furious campaigners are calling on the BBC to reinstate the free licence benefit for the elderly.

Dennis Reed, from campaign group Silver Voices, said: “These eye-watering savings reveal the decision to scrap free licences for over-75s was a political one rather than a necessity.

“The savings represent over six million free licences which could have been provided. And the BBC is still at it, pursuing vulnerable pensioner households, even though it is costing them more in enforcement than the debts.

“The BBC must recognise the importance of TV to our older generations in terms of their physical and mental health, particularly when many are shielding. They are giving us large doses of repeats, but not reinvesting the savings to support their most loyal viewers”. In 2008, then chairman Sir Michael Grade pledged to end repeats on BBC One within 10 years.

He declined to comment on yesterday’s report. Back in 2018, BBC One repeats had risen by six percent and in 2017 by just four percent. But between 2016-17 and 2020-21 the number of reruns on BBC One, BBC Two and BBC Four increased from 49 percent to 56 percent. BBC One had the largest increase in repeats – 22 percent – over this period.

The NAO said: “The increase in repeats across all three channels arose in part due to the impact of the pandemic on production of new content in 2020-21, but also as part of the BBC’s strategy for addressing a change in audience viewing habits while working within a finite budget.

“The BBC intends to reduce the repeats rate on BBC One to pre-Covid-19 levels.”

Meg Hillier MP, chair of the public accounts committee, said: “This belt-tightening has increasingly come at the expense of content. It must be wary of the risk that reducing content may lead to yet more people jumping ship.”

The BBC insisted: “We will continue to focus on modernising, improving efficiency and prioritising spending on a range of high quality content to ensure value for money for all licence fee payers.”

The BBC is failing us on many fronts. As we look in dismay at the Christmas TV schedule – a carbon copy of last year – we learn not surprisingly that we have been watching many more repeats.

I thought I was napping more! Yes, we’re told about “challenges” involving streaming channels such as Netflix, but the Beeb responds by cutting budgets for new programmes. No wonder we feel we’re watching reruns all the time on the three main channels.

And soon BBC3 will be returning with, one expects, yet “another opportunity” to watch Three Pints of Lager & A Packet of Crisps.

The BBC must make savings.

But why can’t these come, not from programming, but from huge salaries, general bureaucracy and stratospheric talent fees?

And then there’s the iPlayer, which was our online repeats service. But shows go up at the same time as they do on BBC One or Two, in some form of competition for Netflix. Honestly, we don’t care.

Former BBC boss Greg Dyke, who actually did a good job, once told journalists who were moaning about repeats that “it’s only a repeat if you’ve seen it”.

The trouble is Greg, more than 10 years later the BBC hasn’t learned anything and they’re continuing to waste millions.