Carol Kirkwood, 57, joined Sally, 47, live from Henman Hill on BBC Breakfast this morning as the first day of Wimbledon gets underway today.

During one link to the Wimbledon tennis grounds this morning, Sally was joined by Judy Murray, 59, coach and mother of tennis star Andy Murray, 32, to discuss the sporting event.

Judy was speaking about the Andy’s return to Wimbledon after he missed out last year but also tried her hand at presenting the BBC news show.

Judy’s such a bad influence

After their discussion, Sally gave Judy the chance to take on a presenting roles by allowing her to hand the link over to Carol.

With Carol stood next to the sofa where Sally and Judy were sat, the sports reporter said: “Just as we’ve been speaking, the sun has come out.

“So now, it’s an appropriate time for me to hand the show over to you because you’ve got a special friend here today, haven’t you?”

The tennis coach replied: “Well I have. So, I’m just going to volley it over to the lady in red, the lovely Carol with the weather.”

Gleeful as ever, Carol answered: “It’s nice to see you both sitting as well.

“I want to come and join you, but I’m not allowed,” the weather presenter quipped.

Carol then took a cheeky swipe, remarking: “Judy’s such a bad influence,” with the former Strictly Come Dancing star giggling away. 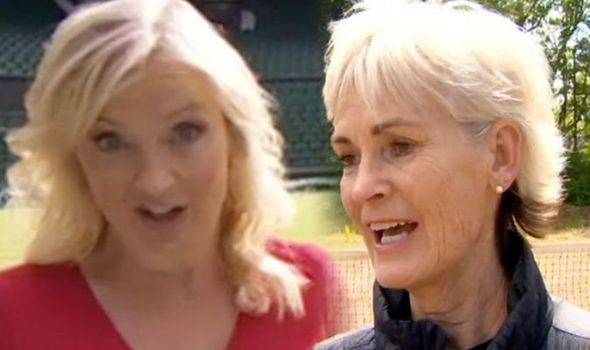 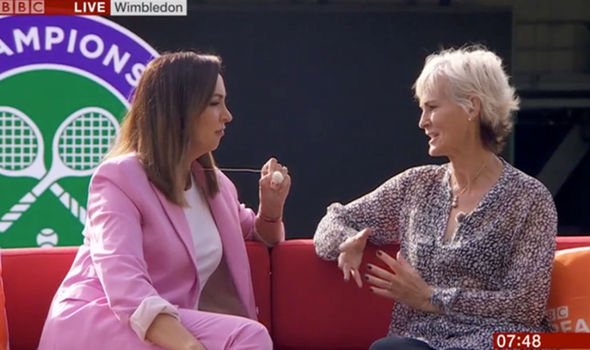 After the comical moment between the trio, Carol then carried on with reporting the forecast before handing the link back to Dan and Louise in the studio.

During her stint as the weather presenter last week, Carol announced she was set to begin writing a fictional book.

Business reporter Steph McGovern, 37, commended the weather presenter on her voice, telling hosts Dan and Louise: “Her voice is gorgeous. You’d have her read anything, wouldn’t you?”

Dan asked Carol: “Carol if you had to write a book, what would you write it about? I know we’re putting you on the spot here…”

Carol then revealed her news, telling her colleagues: “Actually, I am going to be writing a book and it’s fiction, so watch this space.” 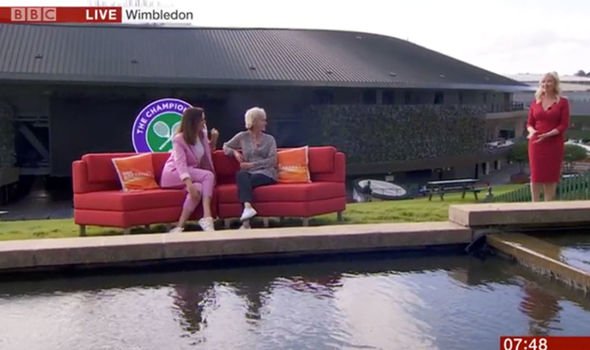 Startled by the news, Dan exclaimed: “Hold on a minute, forget the weather Carol.”

Dan continued: “When’s this coming out? When can we look forward to this?”

Keeping the exact details under wraps, Carol teased: “Well not for a while because I haven’t started it yet but it will probably come out later this year or maybe next year.”

Carol’s colleagues then asked if they could get the first exclusive interview with her in her new role as an author.

“Yes, but for now let me get on with the weather as I want to show you a video,” Carol told them.

BBC Breakfast airs weekdays at 6am on BBC One.