Fiona Bruce introduced tonight’s Antiques Roadshow from the V&A Dundee. One guest brought along a bronze statue for expert Christian Beadman to cast his eye on and it seemed as if she would receive an impressive valuation. However the antiques expert then delivered a shocking revelation on the BBC show.

Christian began: “This has something of a fascinating story, how this came into your family…”

“My husband got it as part payment for a Rolls Royce about 20 years ago, he’s a car dealer and when he brought it home I hated it but he loves it,” the guest revealed.

Christian added: “Now part payment for a rolls royce that’s really interesting and did he know what this was then?”

The guest explained her husband had no idea what it was and was happy to take it because he loved it so much. 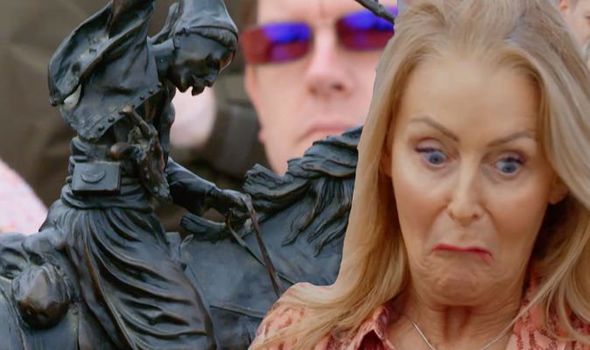 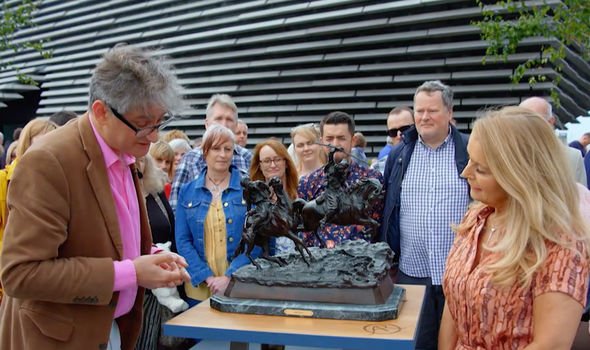 “The other was called Grachev and what confused me straight away was [it] reads Grachev, they both existed, they were both great sculptorsters but they weren’t the same person.

“They both specialised in these highly romanticised equestrian groups with charging Cossacks or returning from the fight.

“Hugely popular in their time and with the recent resurgence in them in the Russian market popular again now.” 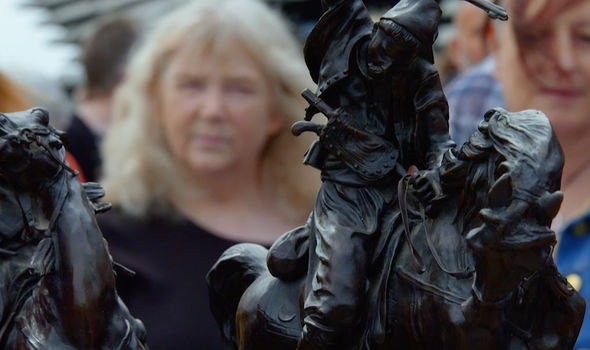 He added: “This is a big bronze, the subject matter is fabulous, it’s everything that you’d want it to be.”

However the antiques expert then delivered a devastating blow concerning its potent worth.

Christian confessed: “This bronze is unfortunately a later reproduction.

Discussing the significant differences he said: “If we look at the specifics of the casting there’s a looseness to the casting.

“Faces are okay, the reigns are okay but look at the manes its not been properly finished, in the 19th century these would have been finished by hand with men with little tiny tools and they would chase every millimetre of the service.”

But Christian added: “It remains a striking and handsome object.”

He then revealed the bronze statue would be worth between £400-500 at auction.

“Should I tell you what it would have been?” he asked.

“No!” she hit back to which Christian remarked: “You don’t want to know?”

Taken aback, the guest was stunned but lamented that at least her husband liked the look of the reproduced statue.

Antiques Roadshow returns Sunday at 8pm on BBC One.