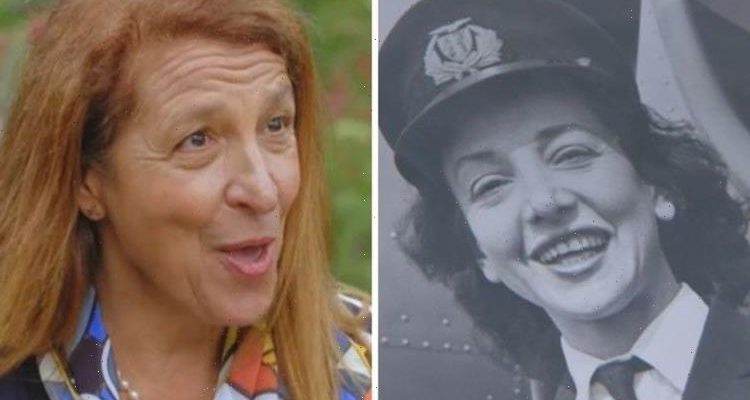 During a rerun of Antiques Roadshow, host Fiona Bruce took BBC viewers to Stonor Park in Oxfordshire. A number of guests brought their relics to the experts to be valued including the likes of a unique group of Indian medals, Florence Nightingale’s toolkit and a collection of rare pearls. However, it was the story of a remarkable female pilot from the Second World War that grabbed the attention of expert Siobhan Tyrell.

One guest brought Siobhan a selection of items from World War Two that belonged to her mother and female pilot, Jackie Moggeridge.

“She was born in South Africa and basically wanted to learn to fly to show off to her brothers,” the guest began.

“She not only got her private pilot’s license, but she was also the first woman to do a parachute jump in South Africa.

“She couldn’t do commercial college at South Africa, so she had to come to England.”

The guest went on to explain her mother came over to England to study in Oxford in 1938, just before the war.

The guest continued: “She was the only girl learning to fly and the war broke out.

“She wrote to the RAF and said ‘I’m going to join the RAF’ and they said ‘Oh no, we don’t take women fighter pilots’.

“So, she joined the WAAF and became a radar operator.”

Siobhan then chipped in as she pointed out that when the male fighter pilots were being shot down in the war, they then didn’t have enough, so there was a need for ferry pilots.

“They even resorted to women,” the guest explained. “And that was my mother’s chance.”

Siobhan replied: “That was a great triumph for women to actually have the opportunity to fly for their country.

“And we’ve got a great photograph here of her in front of one of the planes that she flew.”

The expert continued: “And we have a book here which I like to think is a bluffer’s guide to flying. It is nicknamed The Blue Book.”

The guest proceeded to pick up the tattered book as she explained inside were the notes her mother had written for every single plane she flew.

“You didn’t get trained individually on each plane,” she told Siobhan. “They literally had to pick on up on the hoof.”

Speaking about what her mother did after the war was over, the guest said: “She actually joined the RAF Volunteer Reserves which was working at weekends.

“While she was there, she was looking for jobs and eventually she got her Channel Airways job.”

“She didn’t talk a lot about the war,” she added. “But she used to say if you jumped into bed with her in the morning, she would say ‘Do you want to fly a Spitfire?’

“She’d say ‘Let’s pretend the duvet is the clouds’. She’d say ‘You hold the joystick and that the Spitfire was such a lady’s plane’.”

Turning her attention to the value of the guest’s collectables, Siobhan said: “I know you would never get rid of any of it.

“But ATA or Air Transport Auxiliary items rarely come up for sale. And ATA pilots who are female, you hardly ever see.

Clearly taken aback by the expert’s admission, the guest simply replied: “No!”

Antiques Roadshow is available to watch on BBC iPlayer.