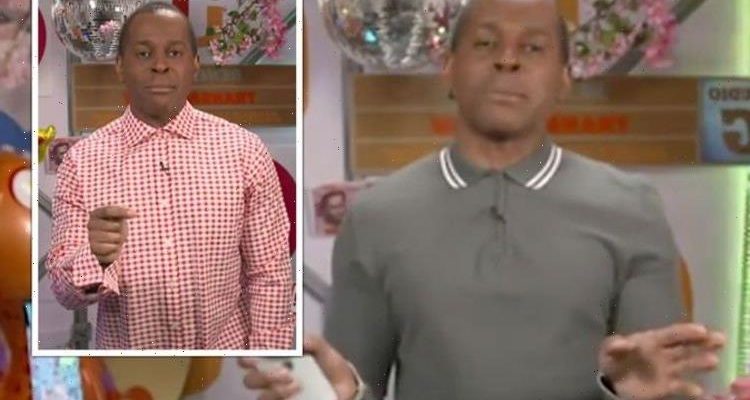 GMB: Andi Peters checks if his ‘fly is done up’

As always, Andi Peters was on hand to present the Good Morning Britain competition revealing there was £100,000 up for grabs. However, as he presented from his garage, he realised he may be revealing a little more of himself than viewers would expect. He explained he was worried his underwear was on show after he rushed to the bathroom before his segment.

“Sean Fletcher, yeah got his, Kate Garraway’s, even got Richard Arnold’s number,” Andi began, checking he has his colleagues phone numbers.

“Adil, oh I’ve not got Boris Johnson either. It’s not under Boris or Johnson, nope I haven’t got it.

“So she’s not the only one,’ he continued referencing Kate and Sean’s interview with Caroline Dinenage MP who revealed she did not have the Prime Minister’s phone number.

Andi continued with the competition segment: “Good morning! I have got your opportunity to win £100,000. 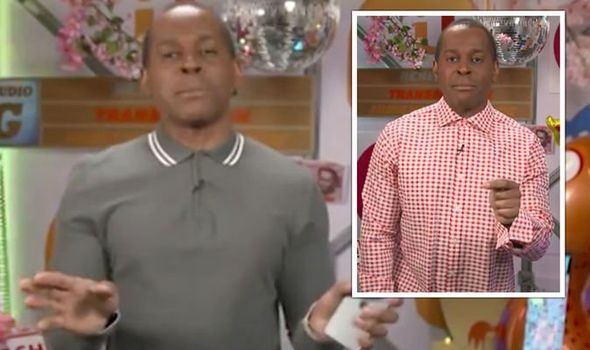 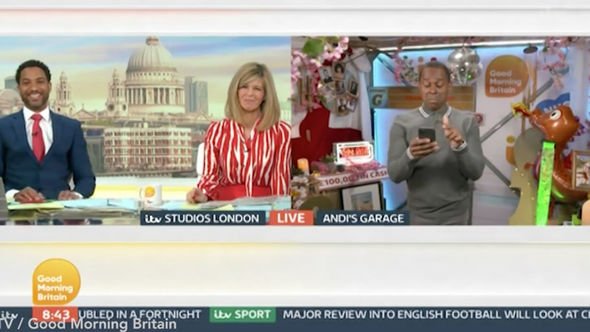 The presenter then revealed he may be suffering a wardrobe malfunction after rushing off to the toilet.

“I’m now genuinely just going to check my fly’s done up because I literally just ran from the bathroom to the garage.

“Phew, it’s okay, I’m fine,” he added before returning to the competition. 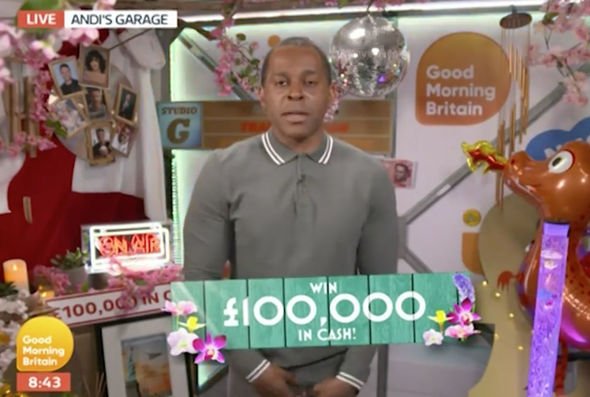 As well as hosting the competition, Andi regularly keeps viewers entertained with his antics.

Earlier in the month he ran off Lorraine when he refused to chat to entertainment reporter Ross King.

Stand in host Cat Deeley revealed she would be getting the latest news from Hollywood when Andi declared he wouldn’t speak to Ross.

As Andi reclined in one of the chairs, he asked: “ Andi shouted. “What’s on next?”

Cat replied: “Ross, he’s in LA,” before the presenter jumped up and ran off set.

“Oh God Ross, okay, no way, can’t stay for that,” Andi exclaimed as he ran off leaving the host confused.

Turning her attention to the showbiz reporter, she remarked: “Ross, good morning!”

Cat went on to reveal Andi hadn’t actually left the studio but was watching from behind the cameras.

“Love you Ross,” Andi smiled before blowing the reporter a kiss.

It wasn’t long before Andi returned to present the competition segment for Lorraine viewers.

Lorraine airs weekdays on ITV at 9am.