AMY Schumer posed completely naked and showed off her C-section scar as her famous pals Nicole Richie and Paris Hilton praised her.

The standup-comic gave birth to her only son, Gene, in May 2019. 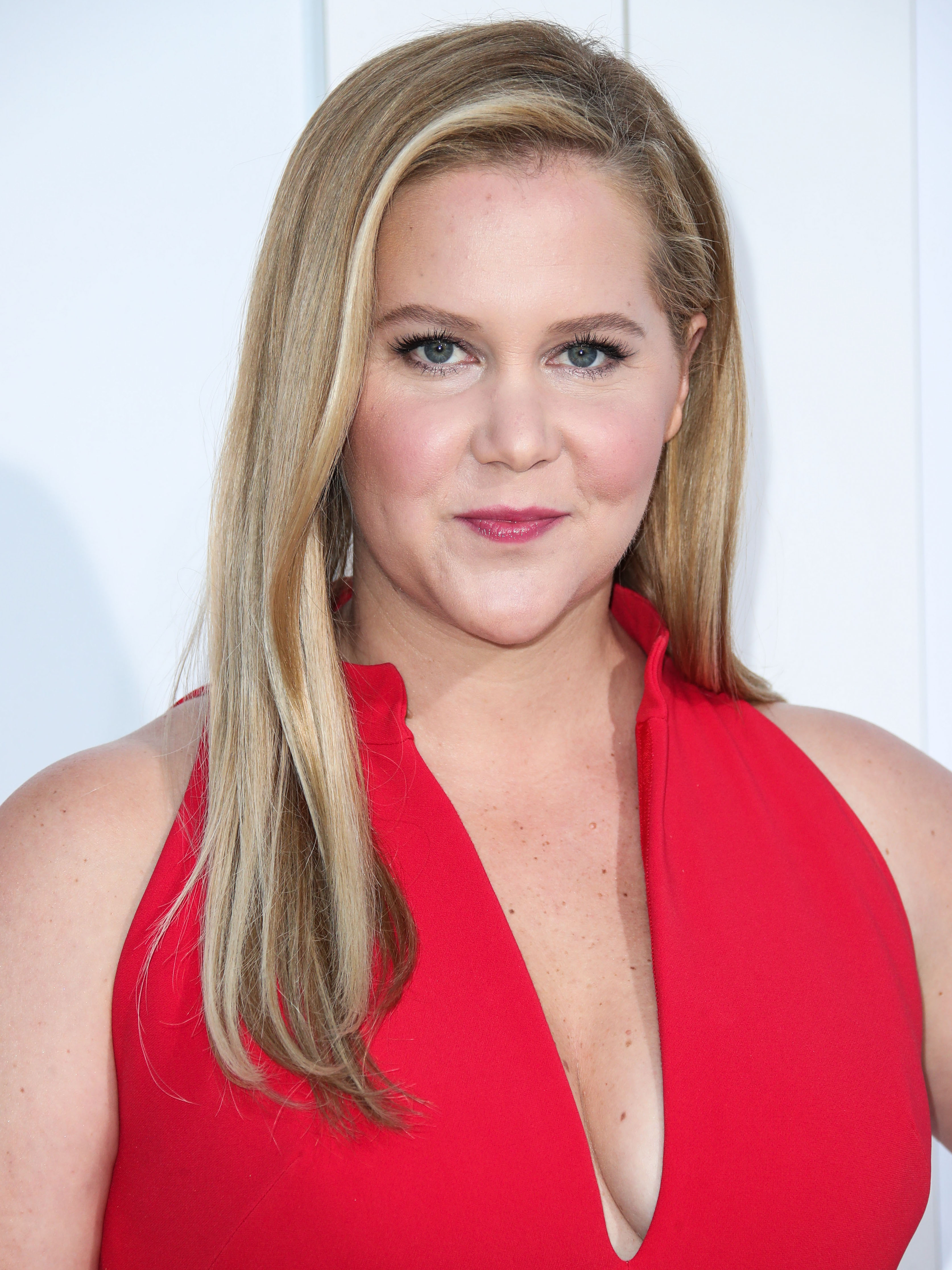 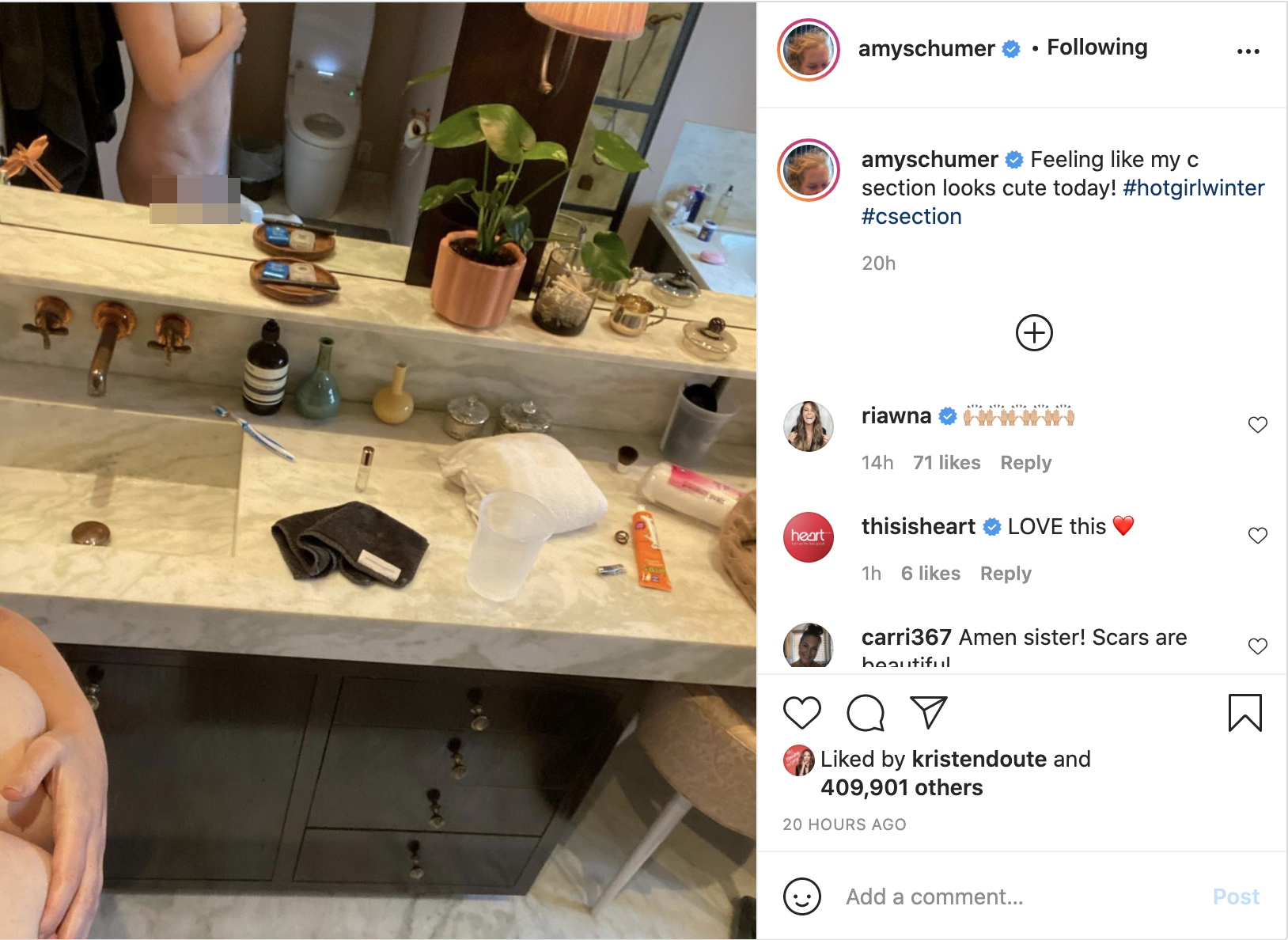 The 39-year-old took to Instagram recently to post the pic which shows her standing in front of a mirror at a side as she covers her breasts with one hand.

However, the bottom half of her is exposed, revealing the scar.

"Feeling like my c section looks cute today!" she captioned it, adding the hashtags "hotgirlwinter" and "csection."

People were quick to respond in the comments section, especially former reality stars Nicole and Paris. 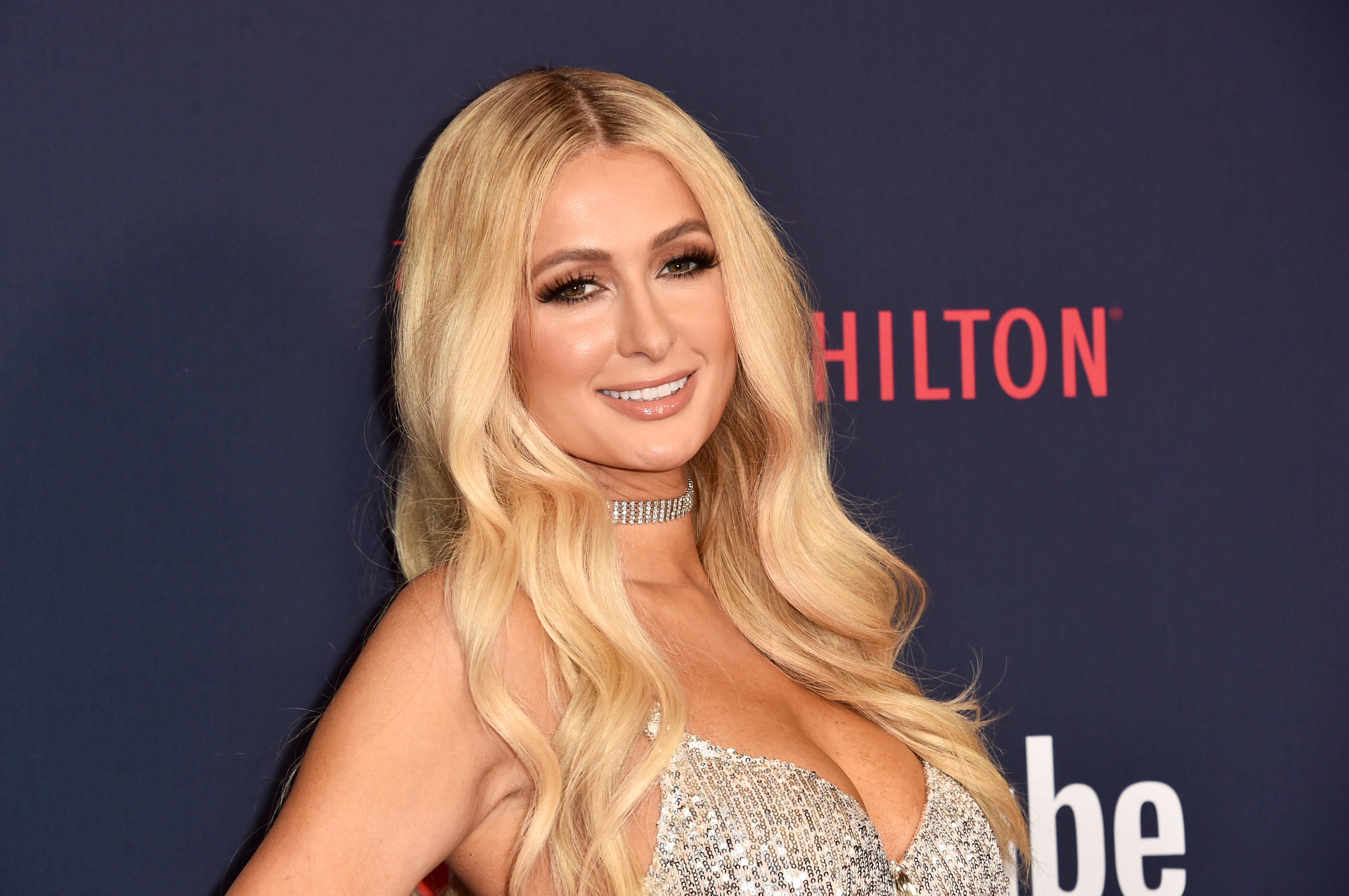 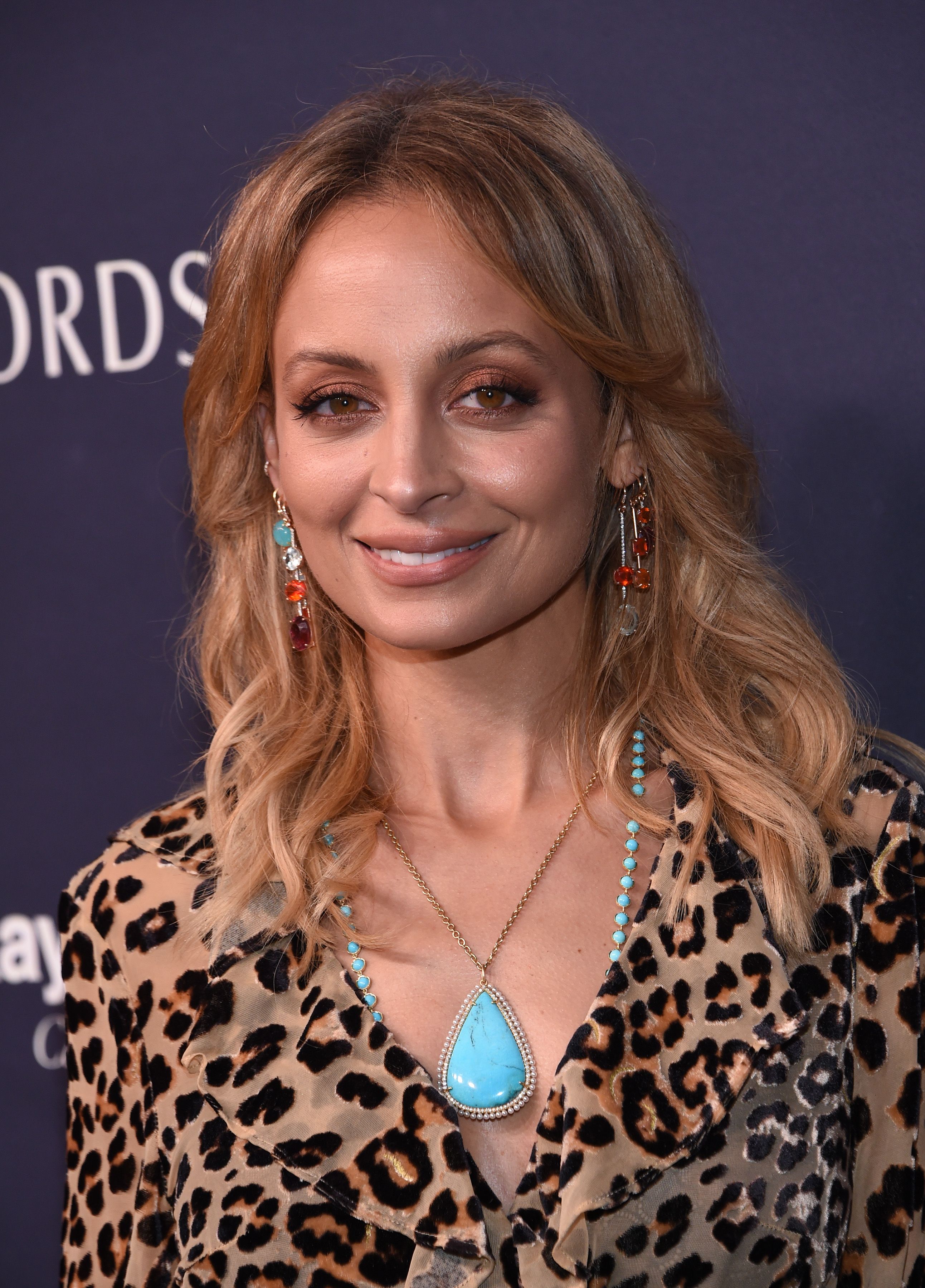 Nicole wrote: "I thought the hashtag said Hot Girl Weiner which I guess now I'll go ahead and start," while Paris added a fire emoji.

The actress was quite open with her pregnancy journey, even giving viewers a private look in her documentary Expecting Amy.

The film also focused on Amy speaking to the difficulties women face daily as they struggle to work and prepare to raise a child.

In one scene, she jokes to the camera: "I'm just a working comic, puking," before her husband, Chris Fischer, can be heard saying: "I don't think this is normal." 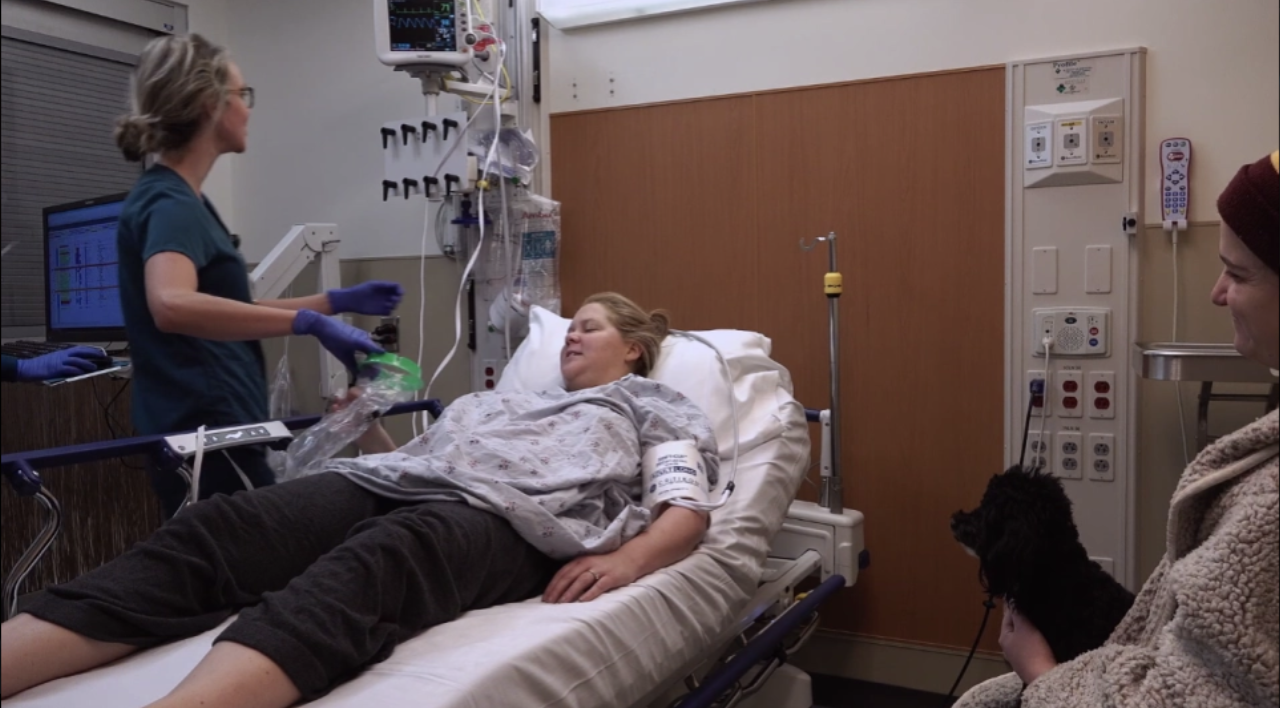 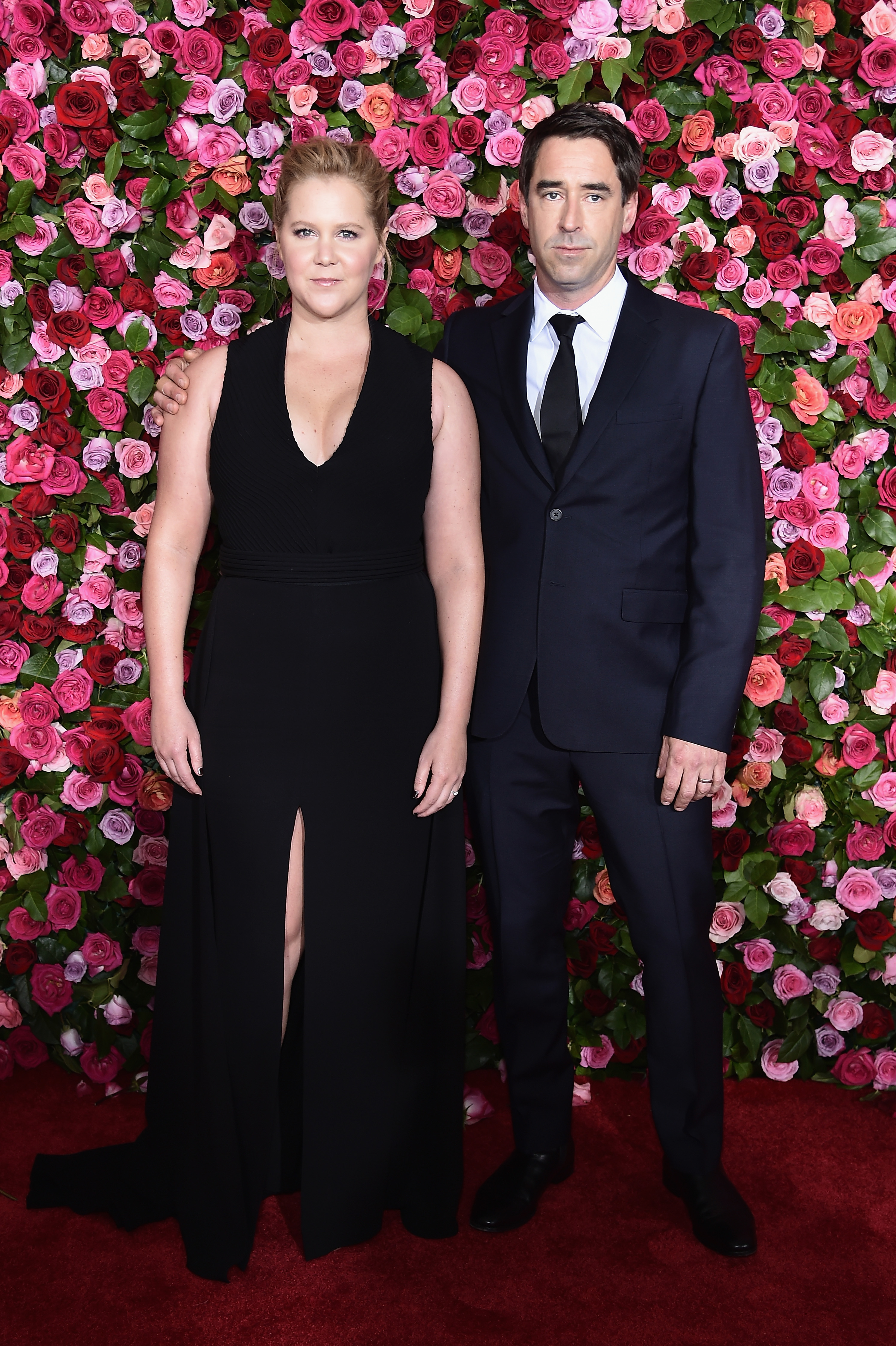 The star would then be admitted to the hospital after developing a condition similar to severe morning sickness called hyperemesis gravidarum (HG).

She wrote on social media when it occurred in real time: "I am in the hospital. I’m fine. Baby’s fine but everyone who says the 2nd trimester is better is not telling the full story. I’ve been even more ill this trimester. 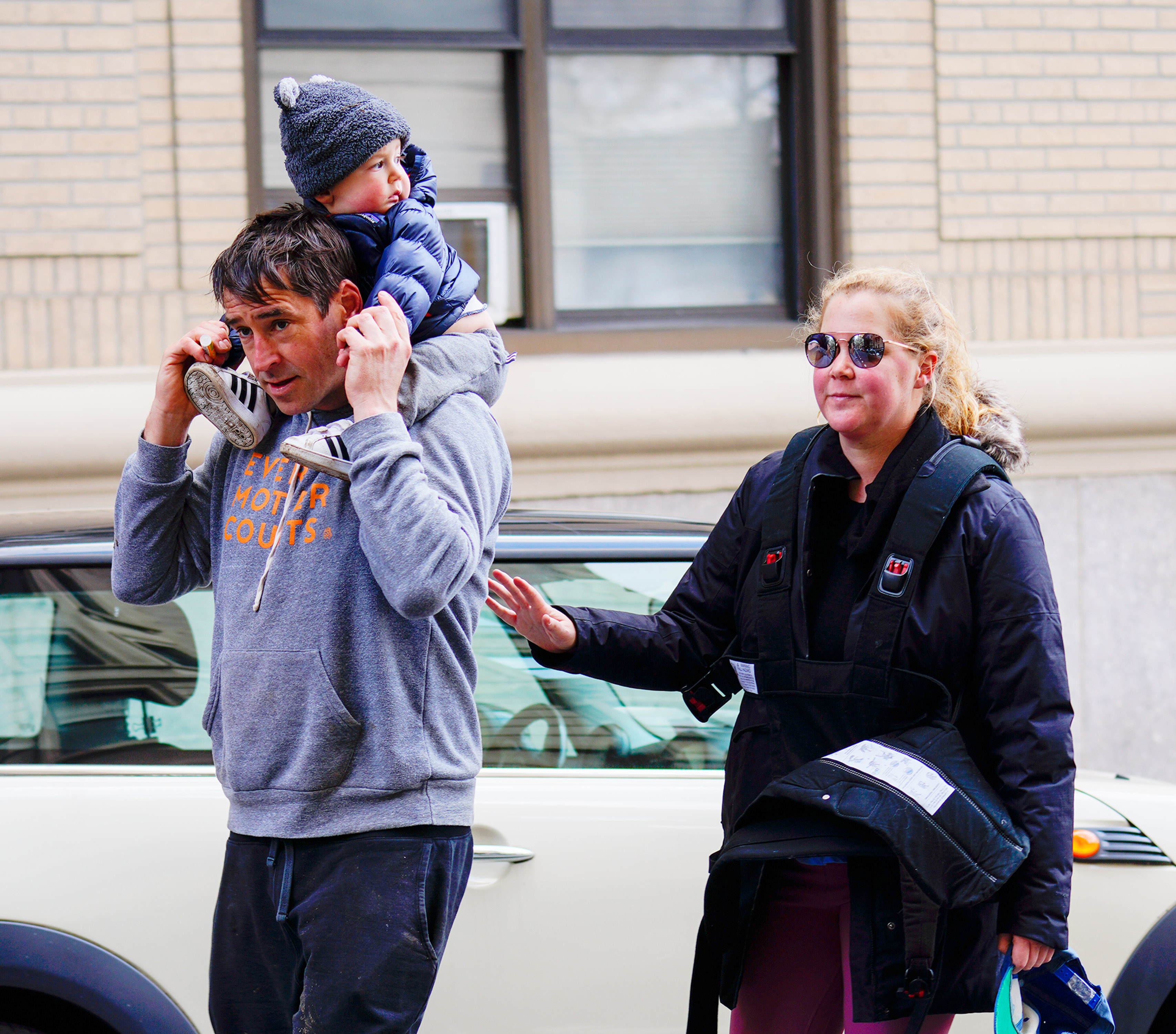 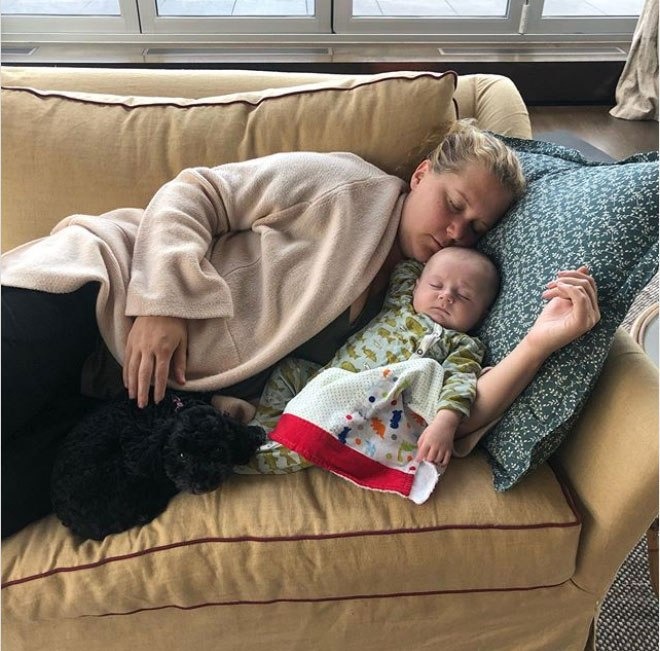 "I have hyperemesis and it blows. Very lucky to be pregnant but this is some bullshit! Sending so much love to the doctors and nurses taking great care of me and Tati! They are cool as hell!"

Amy, who suffers from Lyme disease, also previously revealed that she wanted to give her son Gene a sibling as she began IVF treatment.

However, things proved to be a bit tough for Amy, who revealed to Today's Willie Geist last August: "I don't think I could ever do IVF again.

"So I decided that I can't be pregnant ever again. We talked about a surrogate, but I think we're going to hold off for right now."

Months before, Amy would admit on Instagram: "I'm a week into IVF and feeling really run down and emotional."