AMERICA'S Got Talent winner Paul Zerdin had to see a therapist after his Las Vegas dream turned sour.

The popular British ventriloquist won $1m and was given his own headline show after winning the 2015 series of the American talent show. Vegas bigwigs were so impressed by his zany routines that he was snapped up and offered a three-year contract. 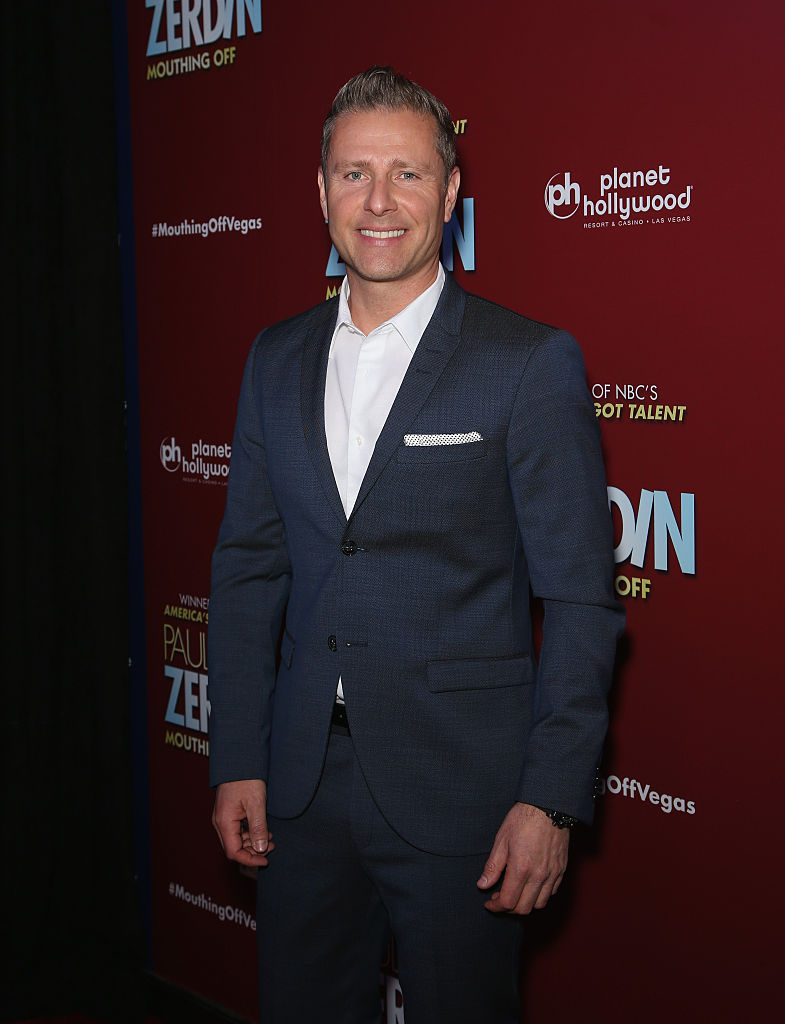 But after renting out his house in London and emigrating to the Nevada desert, Paul received the bombshell news that he wouldn’t be getting the money he was initially promised.

“I spent all summer just arguing; it was a s****y time,” he exclusively told The Sun.

“It sent me mental and I had a slight breakdown. I had to go and see a psychotherapist when I got back.

“I was there with my then girlfriend. It took its toll and put the most amazing pressure on our relationship and was the beginning of the end for us unfortunately.

“I spent most of my time with lawyers, paying them to fight other lawyers. It was the most stressful time of my entire career. If you look at my social media timeline you’d think I was living the dream. But if you knew what was going on behind the scenes you’d go: ‘oh my God, that sounds like a nightmare.’” 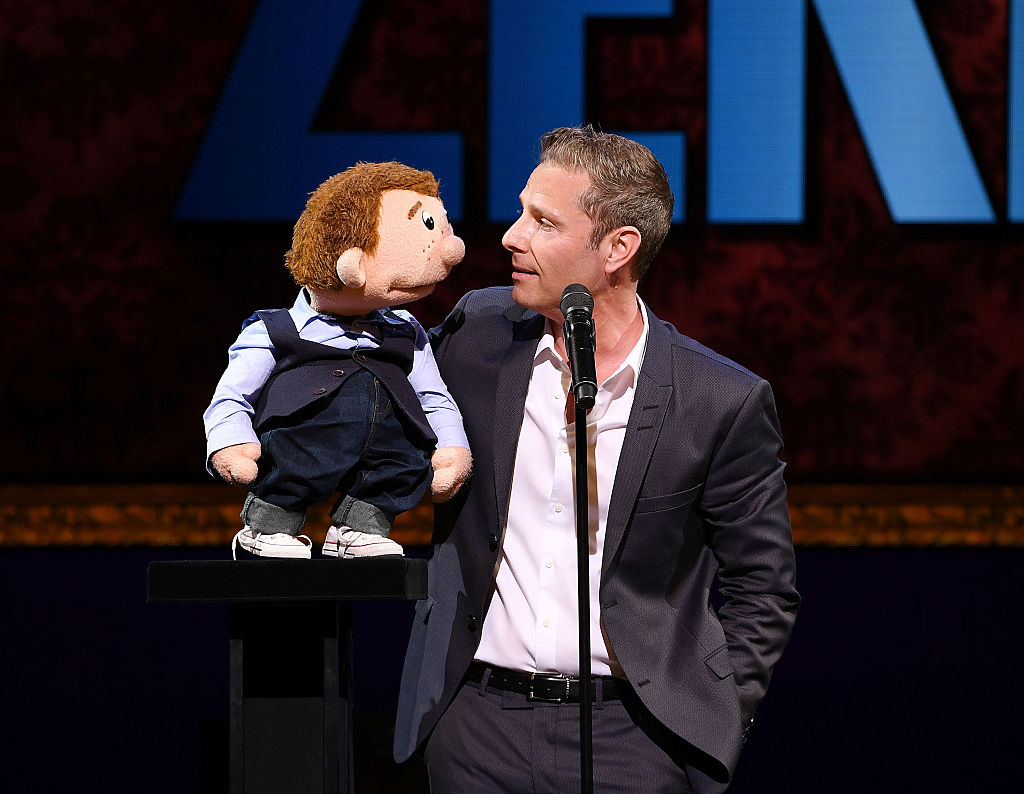 The prize for winning the America’s Got Talent finals was a sought-after three-night residency in Vegas, dubbed the entertainment capital of the world.

Bosses liked him so much they offered him his own six days-a-week show at one of the top hotels in the heart of the famous Strip.

The show ‘Mouthing Off’ opened in May 2016, but almost immediately Paul ran into difficulties. “I couldn’t quite work out the Vegas audience,” he says candidly.

“I’d performed to American audiences a lot over the years, but Vegas audiences are like a melting pot of people from all over the place and it took two months to get the hang of that audience, which was another big stress. 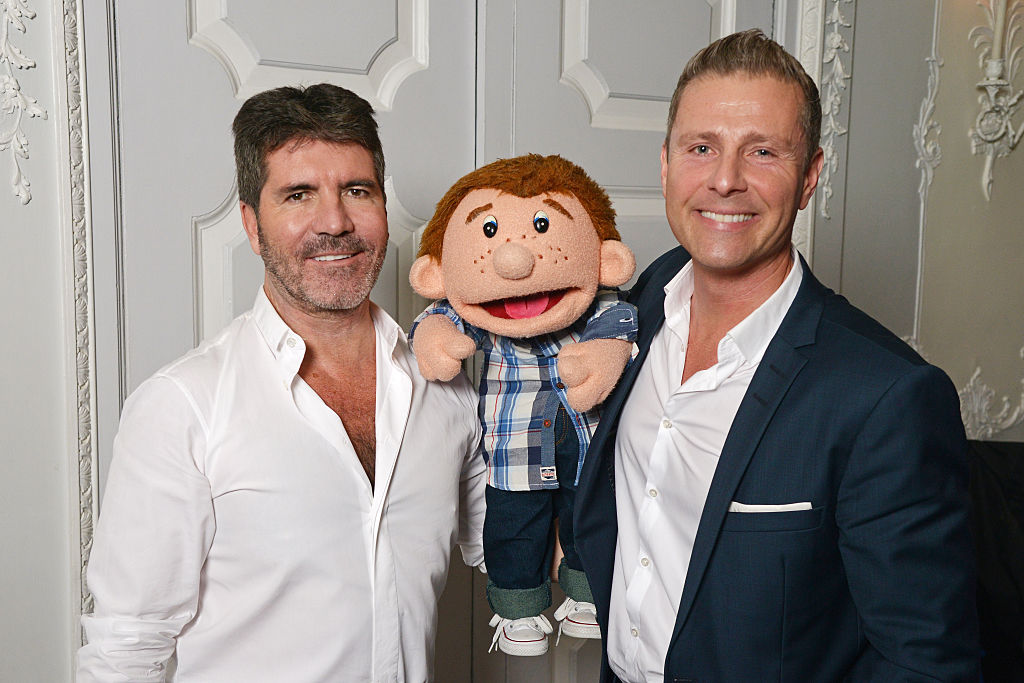 “I was constantly on Skype with my writers going; ‘this isn’t working. Why isn’t it working; it works everywhere else.’”

Assuming he was going to be in America for up to five years, Paul and his then girlfriend, actress Robyn Mellor, had rented a stunning house with a pool and a cinema room, 20 minutes’ drive from the centre of Las Vegas. “And then of course I came home after eight months, but contractually I still had to pay the rent on the house,” he recalls.

“It wasn’t all doom and gloom – I met David Copperfield who is one of my heroes and I got to do all sorts of TV including Celebrity Who Wants to be a Millionaire. But it was also a really depressing and stressful time.

“I never wanted to live in the desert. I’d been to Vegas many a time to see shows, but for a long weekend, and that’s the length you want to be in Las Vegas, but I signed a three year contract.

“In showbusiness of course everything is ‘marvellous, darling’ and you tend not to talk about the downside of things, but there is a lot of s**t that goes with it.” 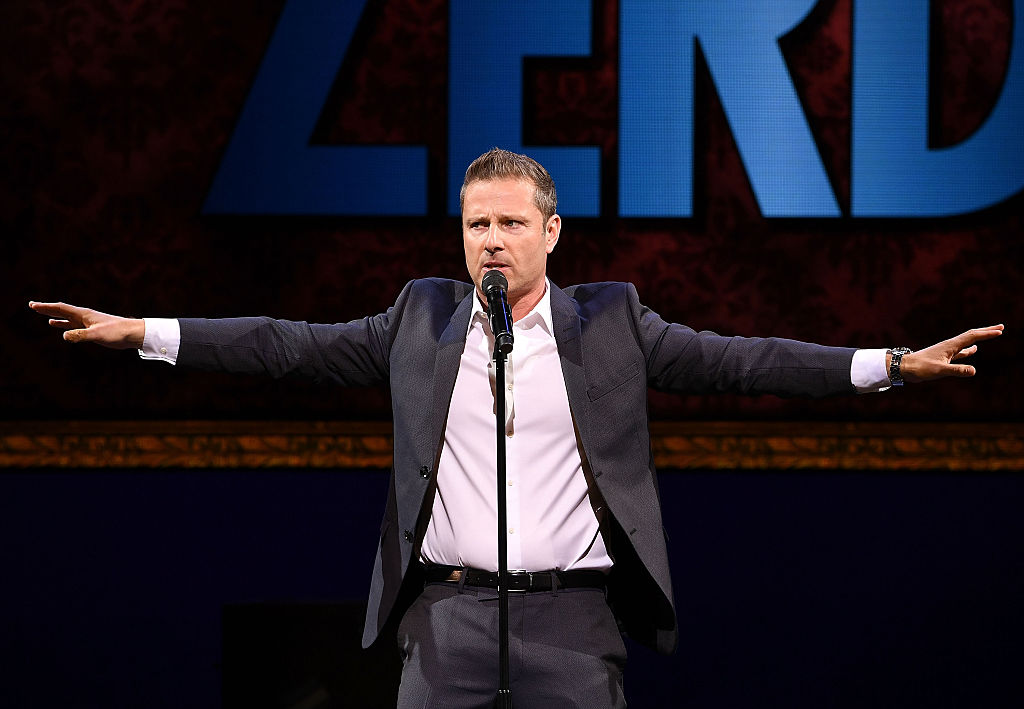 Paul, who is launching a new UK tour next year, had already tasted success in Britain before becoming a star in America. Having made his TV debut as a magician on the BBC show Tricky Business, he won LWT’s The Big Big Talent Show hosted by Jonathan Ross in 1996.

The win paved the way for appearances on shows including Tonight at the London Palladium, The Generation Game and secured him a slot on the Prince’s Trust Gala Show in 1997.

But determined to become an international star, rather than enter Britain’s Got Talent he flew to the States in 2015 to take part in the American version.

He explains: “I’d already been on the Royal Variety show three times, so I thought it would look a bit weird if I’d rocked up at the auditions having already got part of the prize. Also, America is a bigger market.”

Paul, now 48, was confident he was mentally tough enough to cope. He says: “You hear stories of people being thrown into these talent show machines that chew you up and spit you out. 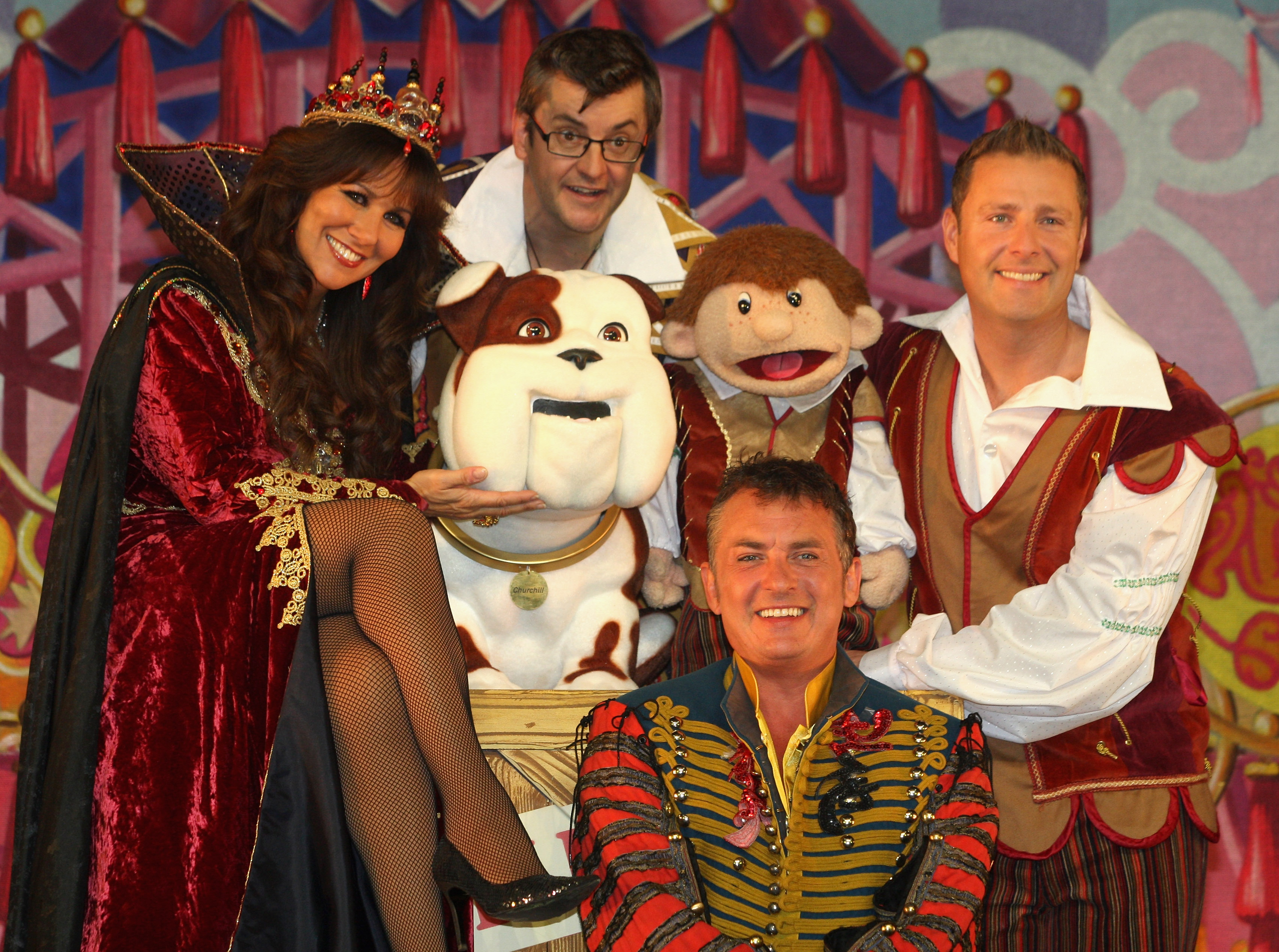 “If you’re some young kid or you’ve got a normal job and you’re suddenly thrust into the limelight that’s a really big thing to deal with mentally, especially when it suddenly ends.

“But luckily I’d been working for years and loved the whole America’s Got Talent experience. Then when Vegas happened I felt ready and grabbed the opportunity.”

After his shock fall-out with casino bosses, Paul eventually won the case, but had to sign a non-disclosure deal forbidding him from revealing the details of the agreement.

Returning to Britain with his dreams in tatters, the shocked comic decided to seek help from a psychotherapist. 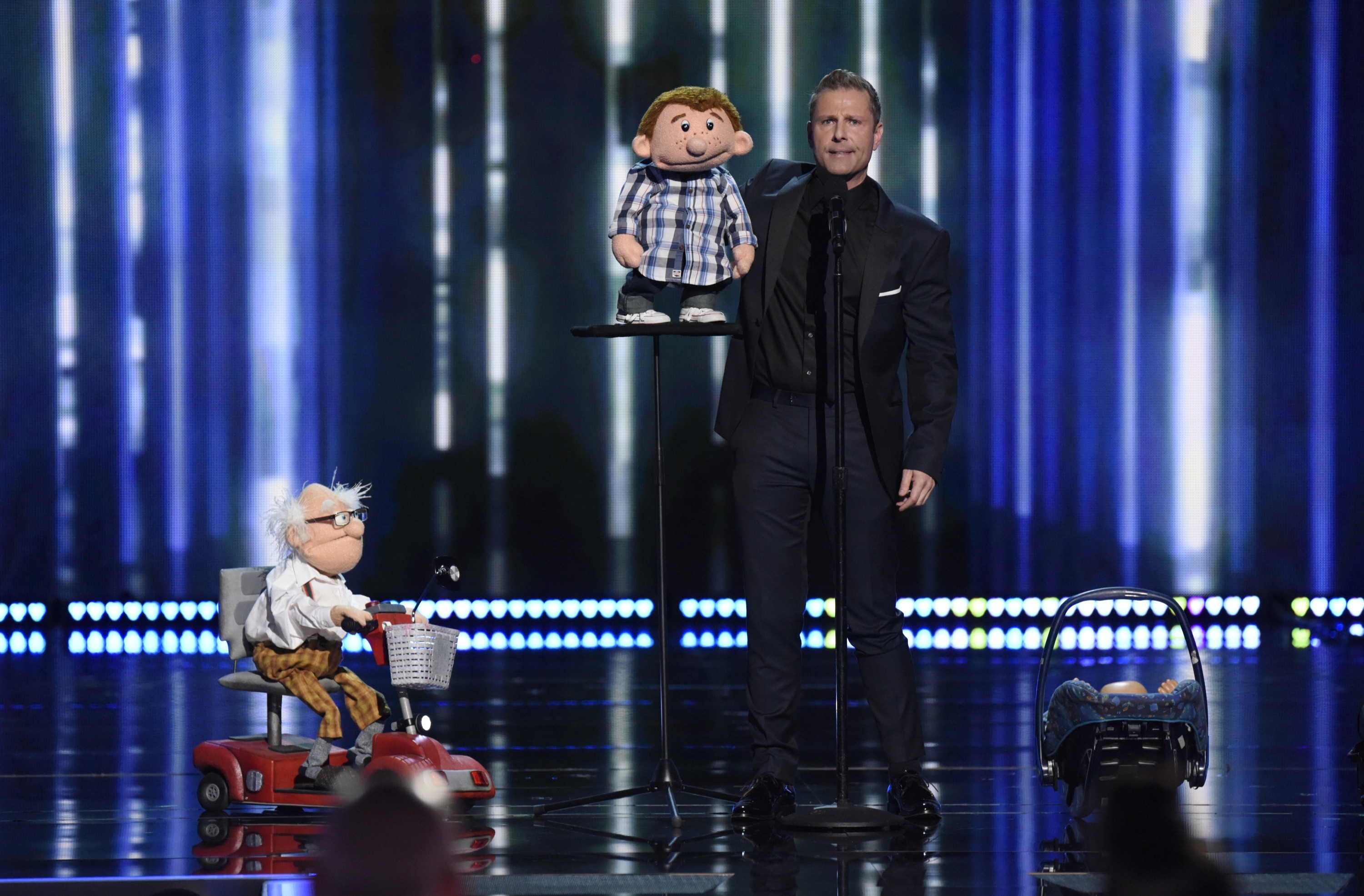 “Just to talk it through really, to be able to analyse what had actually happened and get my head straight,” he says. “I saw the therapist every week for quite a few months and it really helped.

“I loved every second of America’s Got Talent, it was that year in Vegas that sent me over the edge.”

After returning to Britain Paul was able to move back into his semi-detached house in Wimbledon, south west London and quickly landed a panto role.

He says: “Sometimes when you’ve got issues in your personal life, the best thing you can do is throw yourself back into work and keep really busy, so I was lucky.

“I laughed a lot with the psychotherapist about how ridiculous it was. One minute I’m starring in my own show on the Las Vegas Strip and the next minute I’m back living in Wimbledon. It was such a contrast.” 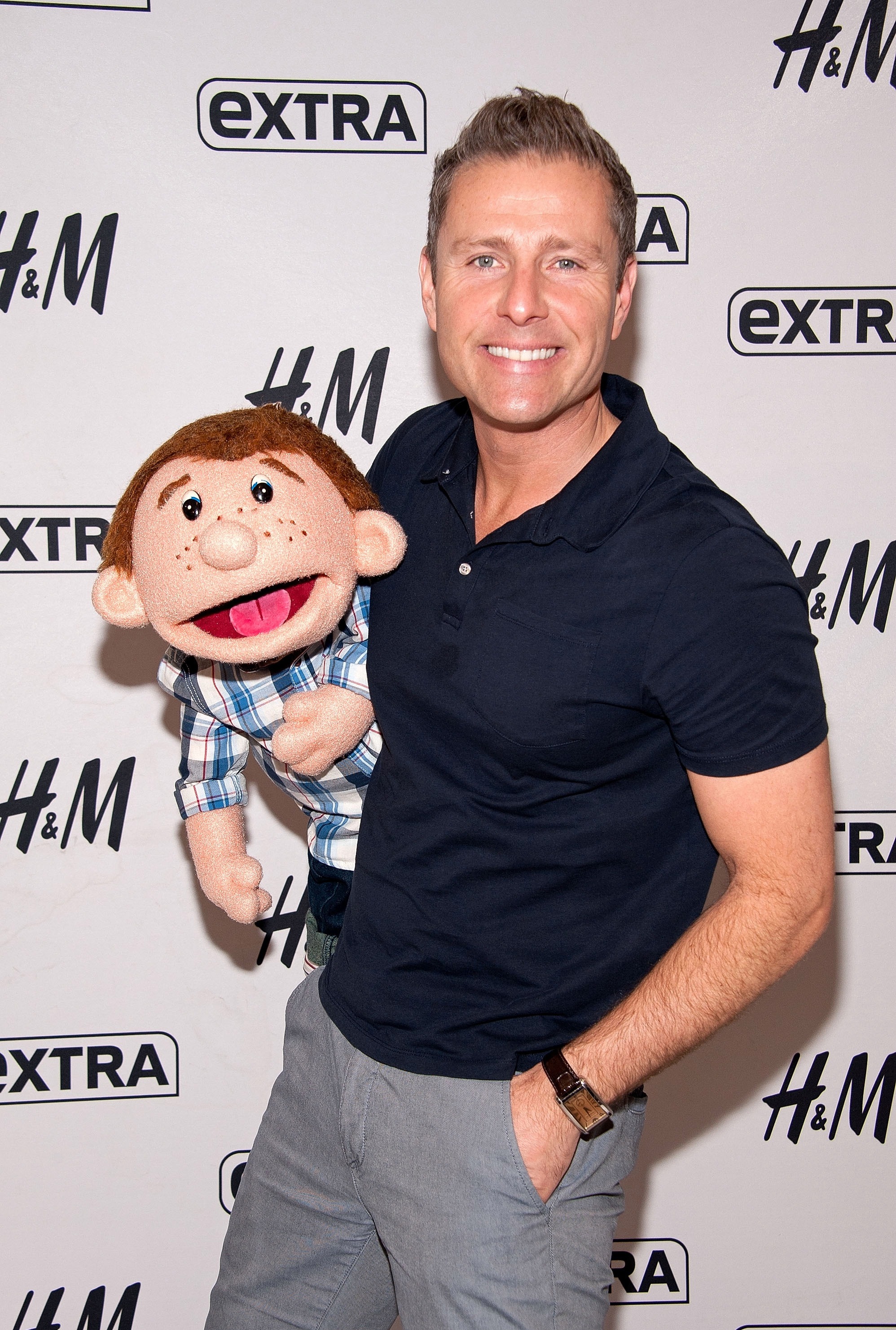 After lockdown restrictions were partially lifted this summer he began performing again, appearing in shows at Butlins and at Blackpool.

This Christmas he will be at the London Palladium in Pantoland at the Palladium, alongside stars including Julian Clary, Elaine Page, Ashley Banjo & Diversity, Beverley Knight and Nigel Havers. 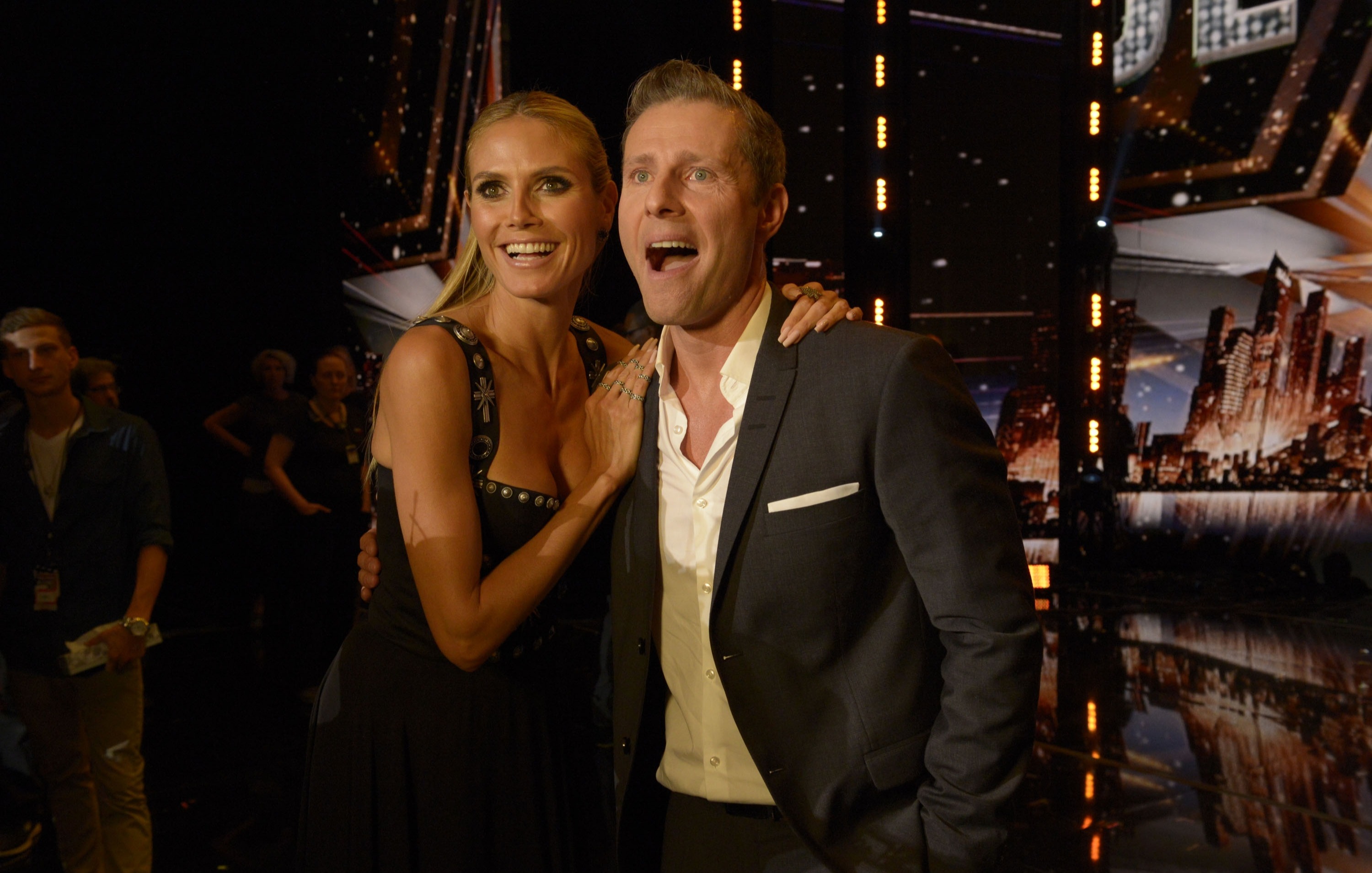 “I have a lot of animatronics in the show. I’m trying to blur the lines of reality and there’s a lot of the characters working on their own now,” Paul says.

“It opens things up. I’m not just some bloke with his hand stuffed up the a***e of a puppet on stage!”

Paul is also working on a second series of his Internet show Sponge Weekly. The first series ran throughout August and September and a second season is planned for the New Year.

“From the start of the first lockdown I was completely preoccupied with this silly project,” he explains. “I thought – I’m not going to be on stage for a while, so I might as well do something creative with my time.”

The show is a zany mixture of jokes, comedy and ventriloquism and also features Paul’s nine year-old nephew Sammy. “He’s brilliant,” he says proudly. “He has a chat to the puppets and plays games with them. There are moments in there that are a nod to Sesame Street. I was brought up watching Sesame Street, so I love that. My five year-old niece is going to be in the next series.”

Paul hopes Sponge Weekly will be spotted by one of the major TV channels and says his dream is his own series or a special on Netflix, Disney+ or Apple.

He’s also hoping to take ventriloquism in new directions. In Sponge Weekly he does ‘Street Vent,’ where he goes out and throws his voice, while secretly filming the reaction of members of the public.

“Ventriloquism needs freshening up and I believe I’m the man to do it,” he says.