We love it unconditionally 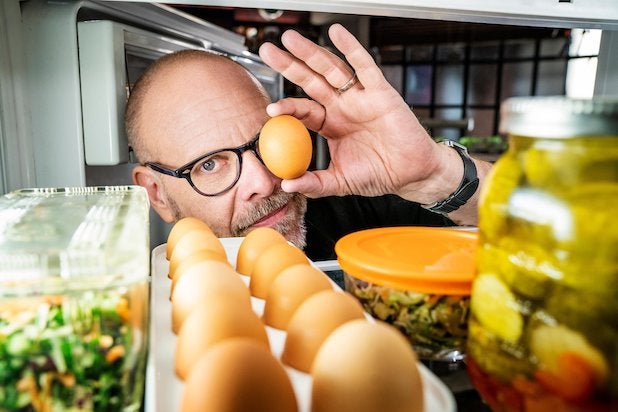 On Monday afternoon, celebrity chef and Food Network personality Alton Brown embodied what is probably the feelings of a lot of people on the day before the election with a hilarious pre-election Twitter rant that pretty much got to the heart of this super stressful time.

It kicked off unassumingly enough at 4:49 p.m. (Pacific), when the “Good Eats” host tweeted “No matter what happens tomorrow, we’ll still have tiny chocolate doughnuts.” This true statement (good lord this election is stressful you guys) lived by itself for exactly an hour, until at 5:49 p.m. Brown followed it with “I’m seriously thinking about @LittleDebbie #NuttyBars and cigarettes. Honestly, like at the same time.”

Brown only waited 15 minutes before his next tweet, which pretty much set the tone for things to come. “So many Food Network people are like “oh, I’m going to braise short ribs in elderberry jam…” Screw that,” Brown said. “I’m going to mainline moon pies and snort cheese powder!” Same.

For the next 40 minutes Brown just went off, posting delightfully fun thoughts like “YOU THINK YOU KNOW WHAT CRAZY LOOKS LIKE? I’VE GOT MARSHMALLOW FLUFF AND THREE FEET OF GARDEN HOSE! YOU WANNA DANCE?” and “MURDER HORNET FONDUE.” Things continued thus for 20 tweets total, wrapped up when Brown said “Who’s with me?” followed by “I SAID WHO’S WITH ME?”