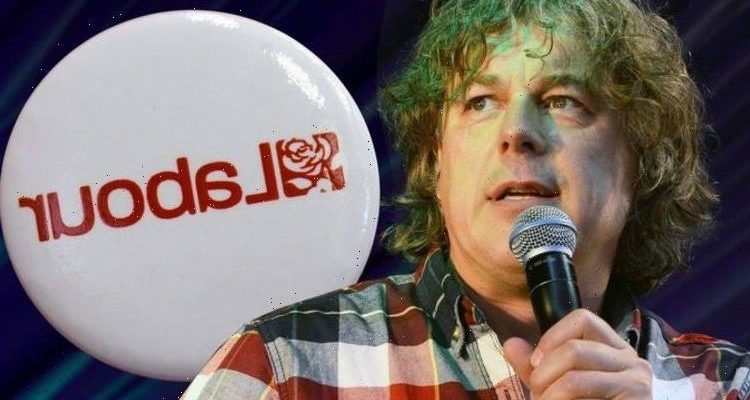 Alan Davies 'touched' by fan's praise of his memoir

The English funnyman, 55, is known for his variety of TV work, including frequent appearances on comedy panel shows. One of the comedian’s best-known roles has been as a regular guest on BBC quiz show ‘QI’. Davies has starred on the series since its inception, over much of that time alongside host Stephen Fry. Sandi Toksvig took over presenting duties from Fry in 2016, and Davies has remained a regular guest.

The comedian had the title role – a crime-solving magician – in the series, which was later revived for further episodes.

JUST IN: Rod Stewart frustrated by Penny Lancaster change ‘Why are you behaving like that?’

The series, hosted by Greg Davies and Alex Horne, sees celebrities pitted against one another.

However, in the new season of the programme the stars must also display teamwork as they tackle various challenges.

As well as forging a career in comedy, Davies has not been afraid to wade into the political arena.

One such moment came back in September 2016 as the star hit out at Jeremy Corbyn’s leadership of the Labour Party.

During an interview alongside Jo Brand for the Radio Times, Davies revealed that he voted for Owen Smith over Mr Corbyn in the Labour leadership contest of 2016.

Speaking to the Radio Times, he said: “I’ve been a Labour Party member for a long time.

“I voted for Jeremy Corbyn the first time. This time I voted for Owen Smith – I don’t think Corbyn’s been a good leader of the opposition.

“Brexit and all it entails is going to be a very important period in our history and I feel we have an ineffective opposition.”

Mr Corbyn won the 2016 leadership race against Owen Smith, which had been called after the UK voted to leave the EU earlier that year.

Multiple Labour shadow cabinet ministers resigned after the result in protest at Mr Corbyn’s approach to Brexit and MPs supported a motion of no confidence in their leader.