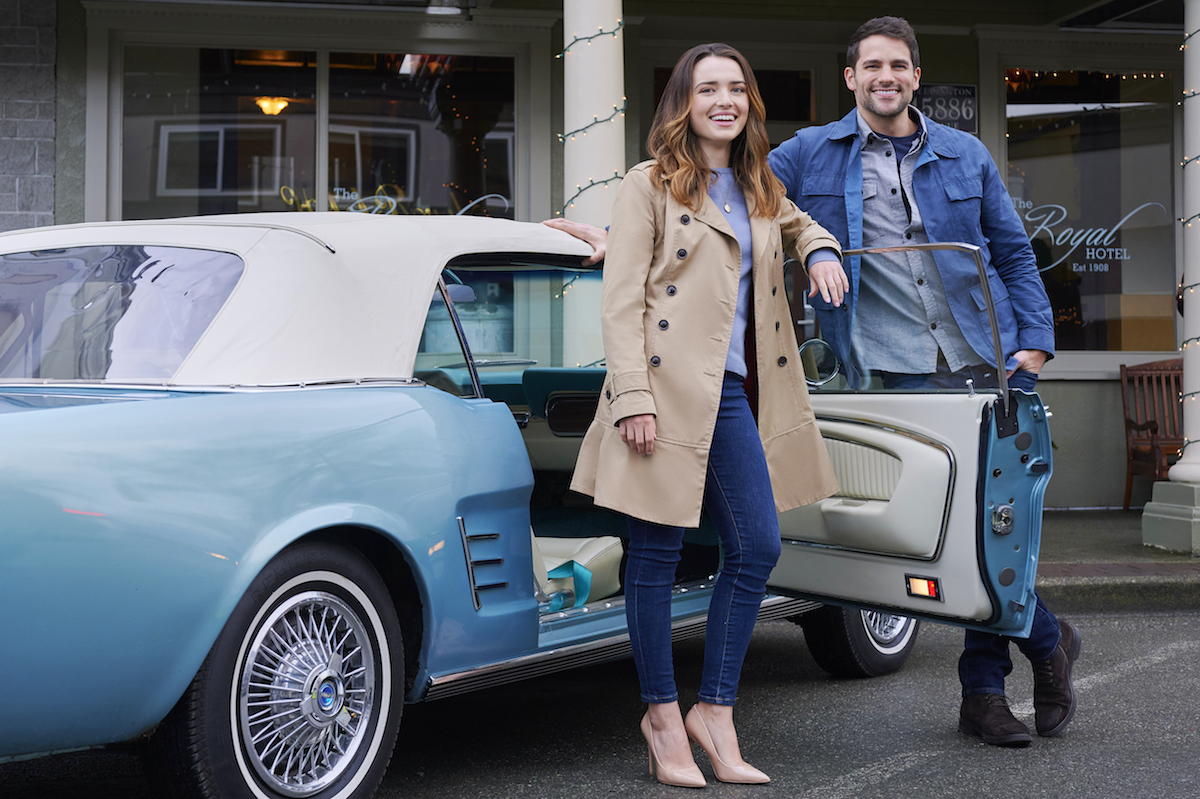 A princess on the run falls for her bodyguard in Hallmark Channel’s newest rom-com. A Royal Runaway Romance airs Saturday, April 9, and stars Philippa Northeast and Brant Daugherty.

Queen Ava of Bundbury plans to step down from the throne in one year and let her daughter, Princess Amelia, take her place as monarch. But there’s a hitch. Amelia has fallen hard for Wes, the American artist hired to paint her royal portrait. Her mother doesn’t approve of the match, but Amelia devises a scheme that will allow her to see Wes again.

The princess proposes that she visit her uncle Andreas in Beverly Hills for his birthday. Unfortunately, Wes lives in Chicago and can’t make it to California. Amelia asks her uncle to let her borrow his car to drive to Chicago. He agrees, but on one condition: His bodyguard Grady has to accompany her. On their cross-country road trip, Amelia and Grady get to know each other better. In the process, they discover they may have more in common than they thought.

A Royal Runaway Romance will air live on Hallmark Channel. If you don’t have cable, there are still several ways to stream the new movie. Hallmark is included in the channel lineup for several live TV streaming services. At $6.99 per month Frndly TV, is the cheapest option. You can also stream Hallmark Channel with Sling TV, YouTube TV,  and Philo.