Scarlette, 31, was joined by husband and wife duo Shami and Clive on the latest instalment of A Place in the Sun, with the couple setting their sights on buying a property overseas.

Shami and Clive started with a budget in mind as their property was up for sale in the UK, with Scarlette taking them to the sunny shores of Sicily, Italy, to find a holiday home.

As Scarlette got her search underway, it was clear the couple’s budget wasn’t enough for the specification they required.

Thankfully for Scarlette, her last property on the Channel 4 location show came up trumps as the couple were blown away by the villa, leading the buyer to make a cheeky remark towards the presenter.

Am I tempting you?

With the 3 bedroom villa located in a tranquil setting, coming with it an in-built swimming pool at a price of £228,000, it seemed the villa was a little out of the home buyers’ reach.

However, it didn’t stop Shami and Clive being utterly captivated by the villa and the latter applauded Scarlette for finding the property.

After a tour of the villa, Clive said to Scarlette: “[You’re a] naughty thing, tempting us.”

The host was taken-aback by the remark as she nervously giggled, but asked the couple: “Am I tempting you?”

Commenting on the villa, Clive opined: “It’s nice, a bit smaller than I anticipated,” with Scarlett explaining the property had been renovated “tastefully.”

Comparing the villa to the rest of the properties they’d seen, Clive shared: “It’s a different class. It’s like chalk and cheese.” 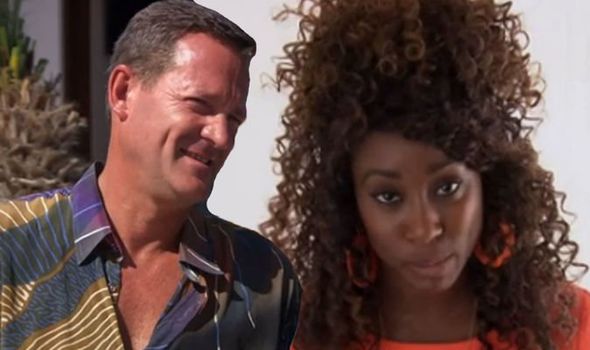 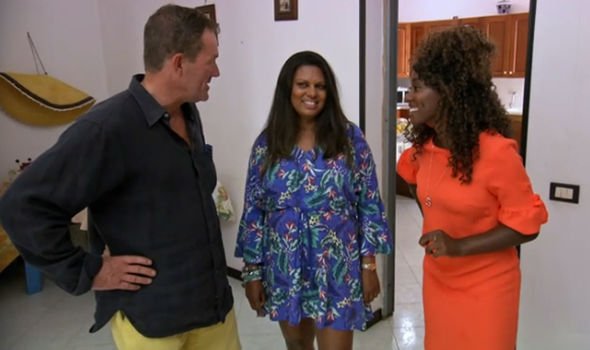 “I’m trying to find a fault but I can’t,” the home buyer continued, with his wife Shami in agreement.

After having their own tour of the property, the couple told Scarlette there was nothing wrong with the villa.

Having heard the couple’s stance on the other properties, Scarlette exclaimed: “Oh my gosh,” as she’d found a villa the buyers wanted to put an offer on.

Giving the husband and wife the night to reflect on their decision, Scarlette met with them the next day to discuss their plan going forward.

Clive told the host: “We’ve already talked quite a bit but I think what we want to do is take a bit more time.” 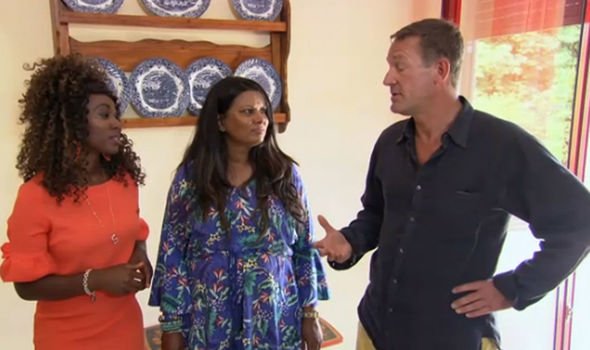 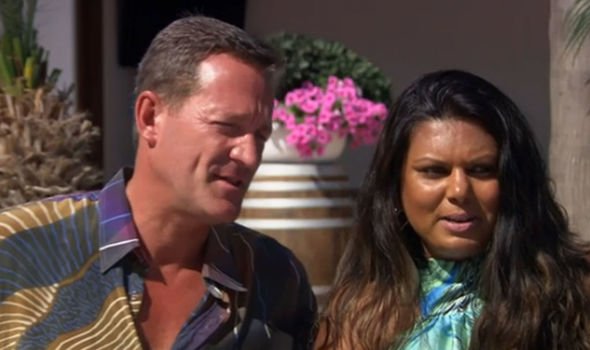 “Possibly we could go for it now, but just need to make sure the offer is right,” Clive continued.

Asked if they wanted to make an offer pending the sale of their property in the UK, the buyer said: “I just don’t feel comfortable doing that,” stating he didn’t want to let anyone down.

The buyer did say however, he would be willing in to put an initial offer of £205,000 but didn’t want to commit.

With the couple heading home, Scarlette informed viewers at the end of the episode the sale of Sami and Clive’s property had gone through.

Scarlette explained the husband and wife were heading back to the villa to rent it out for a couple of nights before making an offer.

A Place in the Sun airs weekdays at 3pm on Channel 4.