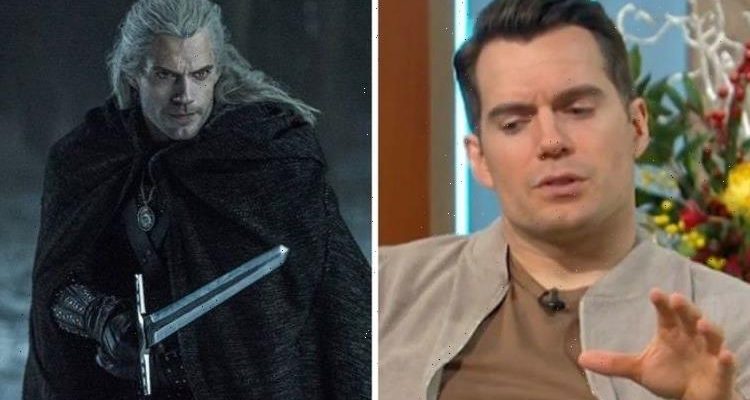 Henry Cavill discusses the character of Geralt in The Witcher

The Superman star was joined by his faithful dog Kal during his chat with Lorraine on Monday. Henry Cavill will be back as Geralt of Rivia next week in Netflix’s hotly-anticipated second season of The Witcher, which will start to explore some of the stoic adventurer’s hidden depths.

Henry will be back in the saddle next Friday in the long-awaited follow-up to 2019’s smash hit fantasy drama.

Based on a series of bestselling books, previously adapted as a trilogy of video games, Netflix’s answer to Game of Thrones drew critical acclaim and a season two was quickly confirmed.

The Hollywood star revealed to Lorraine he was passionate about representing the iconic character as accurately as possible.

When asked about seeing a different side to Geralt, Henry said: “Yes, very much so.”

“Because Andrzej Sapkowski, the guy who wrote the original books, wrote an incredibly nuanced and beautiful three-dimensional character in there.”

Geralt first appeared in Sword of Destiny, a series of short stories centred around Geralt’s adventures published in Poland in 1992.

The epic saga has since become an international success, and the first collection and its sequel The Last Wish served as the basis for The Witcher’s first season.

Netflix is now hoping to continue the story with season two and beyond, eventually tackling Andrzej’s five sequel novels to the original tales.

“I campaigned very, very hard to make sure that character existed in season two, and will continue to exist on,” Henry said of Geralt in the books.

The actor’s work behind-the-scenes on the follow-up season has clearly paid off, as he revealed his portrayal will be much more complex from here on out.

However, that doesn’t mean the stony-faced hero fans know and love will be completely absent from the new instalment.

“He does have moments where you find in the books where he’s quite childish and pedantic,” Henry clarified.

“But he’s also these other things. And in season one he was not quite monosyllabic but almost.

“And I wanted to make sure we really explored as much as showrunner [Lauren Schmidt Hissrich]’s vision could allow.”

“She has her own plan, so I’ve got to toe that line between book Geralt and Lauren’s vision.”

Head writer Lauren is best known for writing episodes of The Umbrella Academy and Marvel’s Netflix series Daredevil and The Defenders before taking on the ambitious fantasy project.

Her first job as showrunner has been a clear success, and subscribers will be eager to find out if season two lives up to the promise of Geralt’s first adventures.

The Witcher season two will be released Friday, December 17 on Netflix