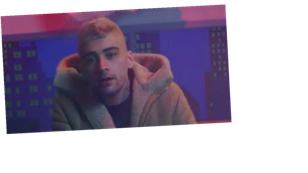 Zayn Malik 's new track Nobody Is Listening was released on Friday – with that the former One Direction star should be using his platform to build excitement.

However, he seemed to share a rather questionable snippet that saw admirers flee to social media platforms to blast the singer.

In the livestream, Zayn can be witnessed listening to loud music, smoking a suspicious-looking cigarette and swigging beer while masterminding some cords for another hit record.

The new father, launched the video in a bid to promote his new album but given feedback from fans it seems his idea of tucking into junk food and smoking what they claimed was weed isn't exactly what they had anticipated.

During the live discussion, Zayn told his 200,000 live viewers: "I've recorded a sick song today. It might seem a bit weird. I just sat at a computer.

Less than impressed fans angrily took to Twitter to share their views on what they had just witnessed.

One Tweet read: "Why is Zayn getting high and blasting lights and music at 6am when he supposedly has a baby in the house?"

Another stated: "If he's in NYC he went live at 6am, which seems an odd time to be smoking a joint and blasting music that loud."

There had been a lot of hype surrounding Zayn's comeback since he recently became a father to a beautiful baby daughter, who he shares with his supermodel girlfriend Gigi Hadid.

Gigi gave birth back in September of last year and the couple both became parents for the first time.

Zayn had previously stepped away from his career in the past, openly explaining that mental health caused him to take a break for several years.

Later he unleashed in debut solo album Pillowtalk storming the charts and going to number one in over 60 countries around the globe.

The X Factor star has serious amounts of talent but if predictions are true his new album is already struggling to take off.

An early look at the official UK chart indicate that he'll bad himself a modest 10th spot, even though he'd obtained strong streaming numbers quite swiftly on.