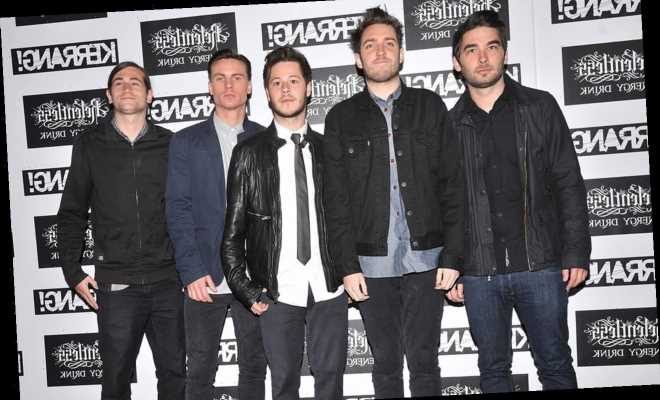 As the Josh Franceschi-fronted band is releasing their new album, the lead vocalist says he and bandmates will stop making music only if they run out of things to say.

AceShowbiz –You Me At Six‘s believe the group has made their defining LP – but they insist that, once they’re unable to “provoke a different conversation” with their music, they’ll call it quits.

The “Save It for the Bedroom” rockers will release “Suckapunch” – their seventh record and the first since 2018’s “VI” – on 15 January (21), and frontman Josh Franceschi believes it’s the group’s strongest offering to date.

He told Rock Sound magazine, “We feel we have done that with SUCKAPUNCH. It hits all the right notes, says all the things we want to say in the exact way we want to say them and finds us expressing ourselves unapologetically.”

“I think that’s an insane thing for us to be able to do on our seventh record. We’re really like a brotherhood, though.”

“We’ve had each other’s backs on a business and emotional level for 15 years. We’ve shaped each other’s lives and this record has helped us to blend into these new versions of ourselves.”

“It helped us to be f**king fearless.”

Josh, 30, also considered the way the band continues to evolve and pointed out their goal of “proving a different conversation” about You Me At Six, which is completed by Max Helyer, Chris Miller, Matt Barnes, and Dan Flint.

He explained, “The reasons that songs stand the test of time and there are songs that we will still sing along to at the top of our lungs in a nightclub or bar or at a show is because you’ve lived in that story yourself along with the band.”

“The conversation always had to be, ‘If we aren’t doing something that’s provoking a different conversation about our band with our music, then we have to stop.’ “

“Otherwise, we will be those dudes in their late 30s playing music that could have been written when they were 19. What’s the point?”