When Yebba enters the video call, something is clearly wrong. She sighs, says hello, and then lets out a second deeper sigh, blowing air between her lips and rubbing her knuckles—just centimeters from long and square nude acrylics—against swollen, bloodshot eyes. She opens her mouth, no words come out, and when she tries again, her voice cracks, but she assures, “It’s not a bad day, just a very emotional day.”

Yebba, born Abbey Smith, is a 26-year-old preacher’s daughter from West Memphis, Arkansas. In 2016, her mother died by suicide, and her last few years have been a blur of extreme isolation and attempted reconciliation. Her album, Dawn—named after her mother and the rise of a new day—is not only the debut from an artist who has been amassing steady buzz online for nearly five years, but a haunting and tangible final product in the ongoing, grueling process of healing.

In the 2019 Shangri-La docuseries, Dawn’s producer, Mark Ronson, spoke of the album with a careful reservedness, almost nervously pausing to pick each word. “I’ve never worked with an artist before that has had something happen to them that is so momentous, and this is the record that they’re dealing with it.” This is the same Mark Ronson who produced Amy Winehouse’s Back to Black and Adele’s 19, two of the most emotionally devastating albums of the 21st century.

As she describes it, Dawn was as much of a personal obligation as it was a free-flowing outpouring. “Had it felt like a conscious choice to my brain or body, I certainly wouldn’t have picked to take myself through those agonizing feelings,” she explains, calling the process nothing more than an attempt to rectify some of the trauma. “I’ve been sitting here trying to virtue-signal my way out of this, but it was a completely selfish experience.”

In general, there are usually two types of songwriters: those who write with the listener in mind, and those who don’t. Yebba is a clear member of the second camp, citing The Shins’ James Mercer as an all-time inspiration and a “fucking G” for keeping his music unfiltered. “If people hear (Dawn), and then they live their lives to the tune of my album, that’s an amazing thing. But it’s none of my business. I’m here and I’m just completing something.” 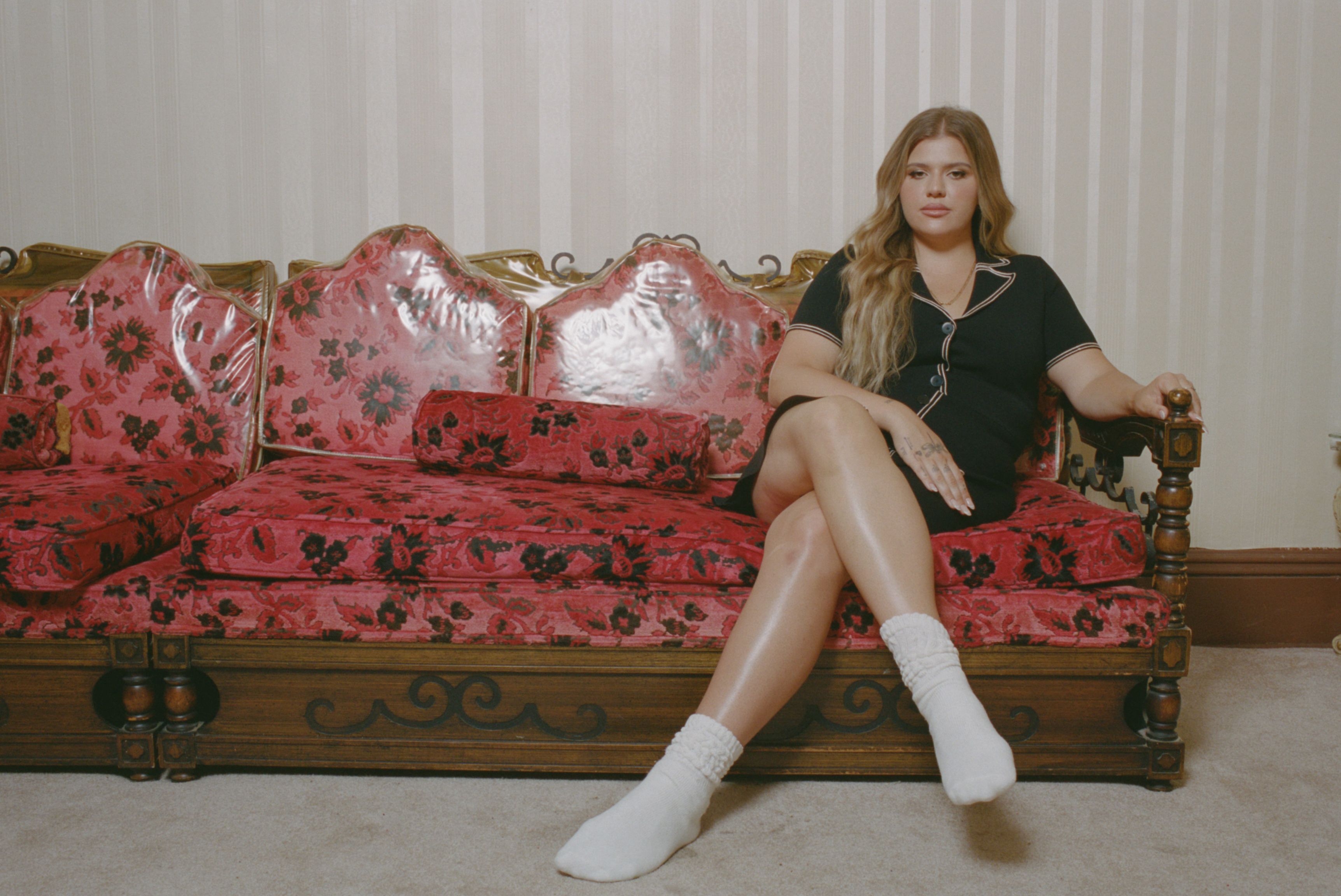 It measures its undeniable folk and R&B influences with arresting orchestral string arrangements and jazz piano, then brings things back down with verses from Smino and a psychedelic contribution from A$AP Rocky (who she confirms “smells amazing”), rounding itself out with a few of Ronson’s signature neo-funk pop ditties. The track listing also names Questlove, The Roots, Kaytranada, legendary studio bassist Pino Palladino, jazz pianist and close friend James Francies, and blues guitarist Smokey Hormel as key contributors.

Not only that, but the album technically already has a Grammy nomination for its single “Distance,” the gospel-infused slow jam that lost to Ledisi in this year’s Best Traditional R&B Vocal Performance category.

Under normal circumstances, this kind of tracklist and that kind of accolade on a debut album would immediately bring about (justified) claims of an industry plant and/or connected music industry parents, and the subsequent witch hunt to prove such accusations. But here is where it’s impossible to go on without acknowledging Yebba’s voice. Because to research Yebba’s history does nothing but lead to a gold mine of unfathomable talent.

To say Yebba has a good voice would be a devastating understatement. Her voice, simply put, is shocking. It is Whitney Houston singing the national anthem, Mariah Carey hitting a whistle note, Beyoncé jumping eight octaves, Jennifer Hudson good. It’s absolutely arresting, as painful as it is pleasing in its ability to enunciate every syllable of every word, leaving no room for the romanticization of tragedy. 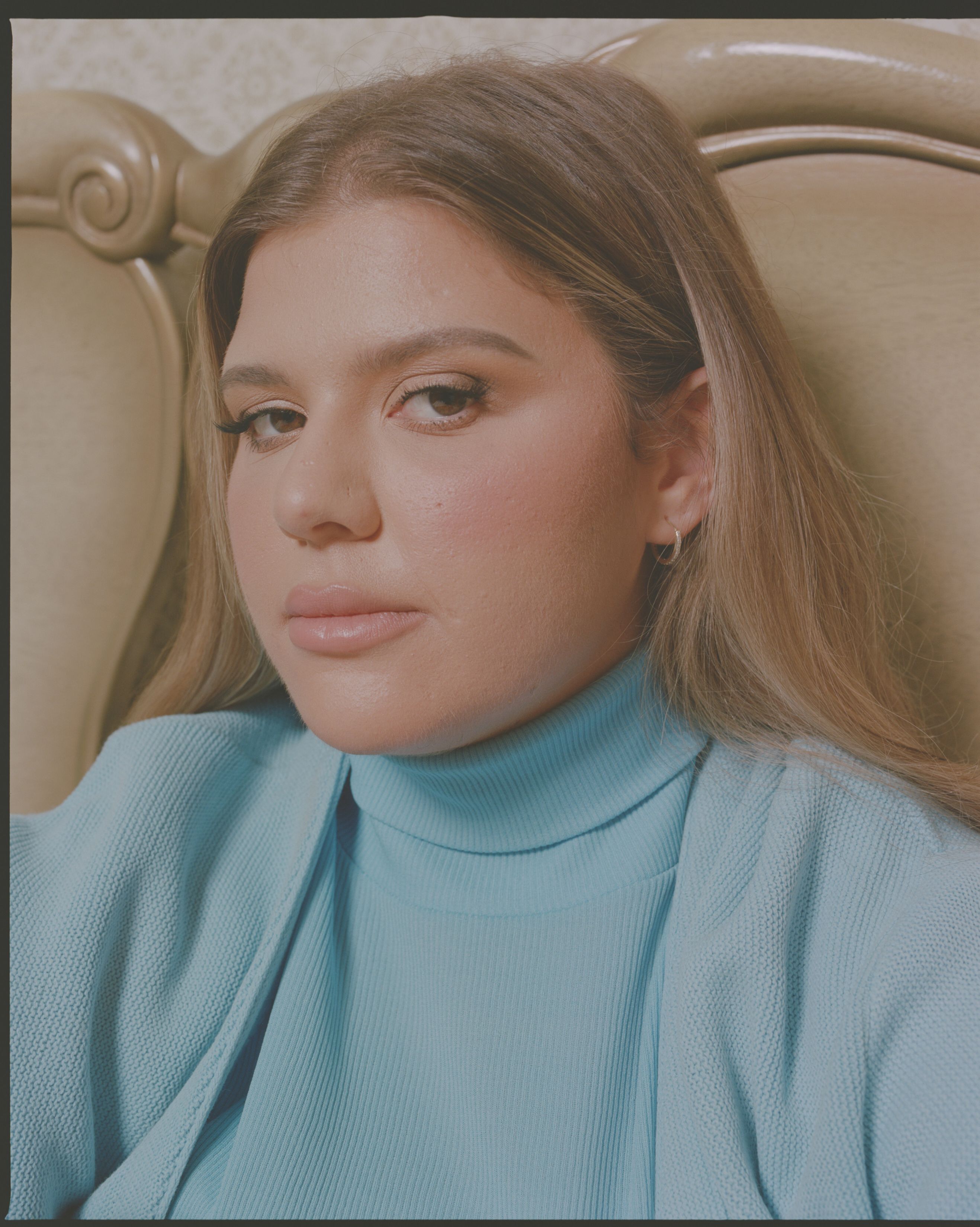 In her early Instagram videos, Yebba scats with a jazz band, riffing effortlessly through a sepia-toned filter that time-stamps the video in a way that feels like we’re already looking back at a legend, a sort of before-they-were-famous sentiment that has been looming over her since she first started singing as a member of her dad’s church.

It’s this voice, the subsequent buzz from the videos (her 2016 Sofar NYC performance currently has more than 18 million views on YouTube), and, most specifically, some early demos that led her to Ronson.

The two have been working together for about four years, and Yebba refers to him as “an interpreter,” someone who took the grief exercises she completed and molded them into a finished project. “We cut a lot of demos, and I would always be like, ‘No, I don’t like that,’ to everything. He always let me be wildly opinionated, even though I knew nothing about what the fuck I was talking about,” she says laughing. “He eventually just brought in Questlove and Pino, and you just can’t beat it. All of them are musical encyclopedias.”

The human musical encyclopedias that surrounded her in the studio seemed to seep into her own lifelong influences. Growing up in Arkansas, she and her dad “thrashed” in the car to artists like Israel Houghton, Marvin Sapp, Donald Lawrence, the Mississippi Mass Choir, and The Clark Sisters, or as she calls it, “That gospel shit.” These gospel listening sessions usually took place on her way home from violin lessons, where she was taught composers like Frédéric Chopin and Sebastian Bach, despite never getting past book one of the Suzuki violin lesson plan. (Anyone who took violin lessons in the U.S. public school system will understand this pain.)

Her hometown years also meant an appreciation for country and blues essentially through osmosis. “If you go to get your hair cut, country’s playing in the salon. If you go eat at the steak house, country’s playing. If you go to a bar, chances are country or blues is playing.” Pulling from a playlist she made for a recent crush, Yebba lists Delta blues legends like Honeyboy Edwards and Son House as current favorites in the genre, a testament to the raspy smoothness in her own style.

If people hear (Dawn), and then they live their lives to the tune of my album, that’s an amazing thing.

“I think because I was in this state of disgust with life and shock and loss, whatever was in my bloodstream from all of the years of listening to music, that was all,” she says. “I’ve never said, ‘Oh, I wanna sit down and I wanna write a country song, or I wanna write a pop song.’ I had no reference. I just wasn’t thinking about how shit sounds, I just kind of wrote things.”

On Dawn, there is definitely evidence of new influences as well, as she oscillates between the powerful soulful cadence earlier fans may be used to and a restrained folky softness, a new skill that she says she learned from Questlove while in the studio. “My concept of what I felt like singing was became much more expansive, in that like, ‘Oh, wait, you could Bob Dylan this shit if you want to. You can talk this song.’”

The result is an album that is not glued to one decade or a single sound, but a completely unique and amorphous final product that is as gentle, open, endearing, and as smooth as Yebba herself. As Yebba continues to exhale the trauma of her recent years, she has already started writing music with a newfound freedom.

“I feel like I’ve completed something and tried to honor (my mom) in the best way I knew how, and now I can be 26. And in spite of all the selfishness, I feel like God has given me more imagination, different pathways of melody, just more interesting symbolism than before. And just a lot less pressure. I’m just excited to keep making music,” she says.