Those who grew up listening to ’90s R&B in the U.K. will likely be fully aware of who Jade Jones is. The British singer first rose to fame in 1996 as a member of the boy band Damage, who scored their first top 10 single with “Forever” that same year. According to The Official Charts, Damage released two studio albums and earned themselves seven top-10 singles in their home country. As of 2001, Damage has yet to release a new album, but did reunite for ITV’s “The Big Reunion” show in 2014.

Throughout the years, Jones has remained in the spotlight due to his relationship with Spice Girl Emma Bunton aka Baby Spice. As previously reported by Metro, the pair started dating in 1998 while Jones was touring with Damage. They split the following year and hit things off one more time in 2000. By 2002, they called it quits for a second time but got back together for good in 2004. In January 2007, Bunton and Jones announced they were expecting their first child, son Beau Lee Jones, whom she gave birth to later that year. In 2011, the “Spice Up Your Life” hitmaker welcomed their second son, Tate Lee Jones.

Thirteen years after they first hit things off, Jones proposed to Bunton and asked the music icon to be his wife on her 35th birthday in 2011. The couple remained engaged for a whole 10 years before finally tying the knot. Keep reading to find out more. 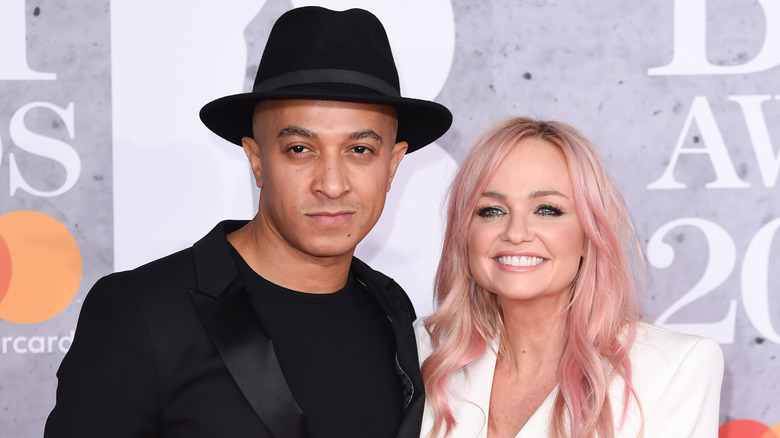 Ten years after proposing to Emma Bunton, Jade Jones married his long-term partner in July 2021. Bunton took to Instagram to announce the exciting news with fans and shared some stunning images from their big day. “Mr and Mrs Jones!” she captioned a snapshot of the pair smiling inside what looked to be the venue for their wedding. As noted by the Mirror, it was said to be an “intimate” ceremony — with only six guests — due to Covid restrictions.

Throughout their relationship, Bunton and Jones have worked alongside each other on a few projects. In 2001, Bunton featured on Damage’s song “I Don’t Know,” which was taken from their sophomore album “Since You’ve Been Gone.” In 2019, Jones returned the favor and made an appearance on Bunton’s album “My Happy Place” by singing on the cover of Marvin Gaye and Tammi Terrell’s “You’re All I Need to Get By.” In 2008, Marie Claire reported the couple wanting to open up their own restaurant together in London after Jones trained to be a chef. According to The Sun, the “Ghetto Romance” hitmaker went onto work at five-star hotel Claridge’s in central London.